Don't worry, there are loads of pictures...

I haven't read these yet, but they are already favourites on my bookshelf. When I get round to them I'll tell you more, but I just want to tip you off about these before Christmas strikes. 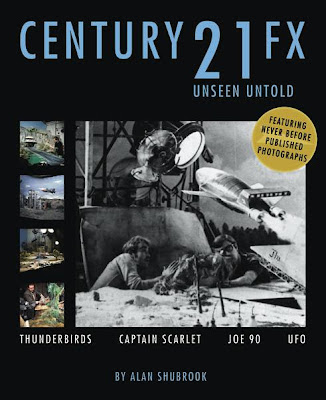 For Gerry Anderson and Supermarionation fans, this new book is packed with colour and black and white photos from the behind the scenes of the special effects Century 21 Studios, who worked for the sixties TV productions UFO, Captain Scarlet, Joe 90 and Thunderbirds (including the two feature films).

Author Alan Shubrook worked in the model studios and had just bought a new 35mm SLR camera. His photo collection show some breath-taking moments of classic children's TV being filmed. For example, on the cover, you see Thunderbird 2 taking off. The book is available paperback and hardback. 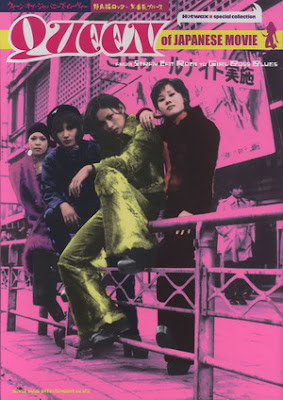 Queen of Japanese Movie is all about a 'tough-girl' cycle of seventies movies that mixed bad girls with fashion and music in a whole new way. The cycle starts with the Stray Cat Rock movies that launched Meiko Kaji as the ultimate in resilient women anti-heroes, before she became Female Prisoner Scorpion or Lady Snowblood. The genre simultaneously promotes women as resourceful survivors, at the same time exploiting them erotically. While some characters could be feminist role-models, they also spend a little screentime topless - the photos in the book reflect both aspects of the films...

Although mostly in Japanese, there are English synopses as well, but the majority of the book is colour photos and posters from the films. A great way to navigate the next wave of vintage cult Japanese cinema to hit the west. The book also contains a CD of music from the movies. 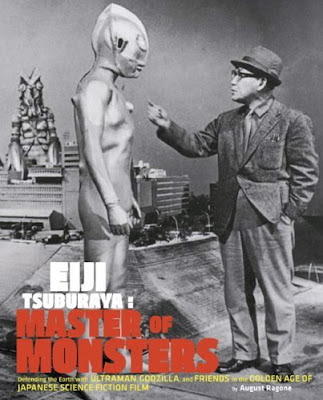 American author August Ragone spotlights the special effects maestro who first brought Godzilla to the screen, as well as pioneering the TV studio that brought us, and still brings us Ultraman. The photo on the front is of him working on the very first episode, back in 1966. The book is heavy on photos, and is already selling well. Good to see Tsuburaya-san finally getting more recognition.

Although Eiji Tsuburaya is no longer with us, his legacy is still going strong - his film and TV work continues to be released on DVD, and the characters he brought to life are constantly being revived. In 2004, I was lucky enough to visit a museum in his home town that celebrated his work and the fiftieth anniversary of Godzilla films. 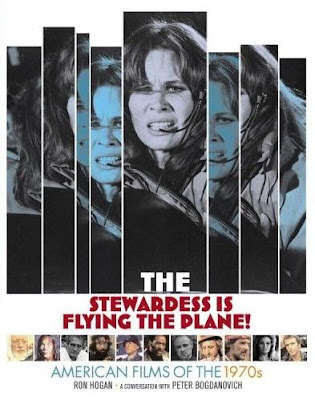 THE STEWARDESS IS FLYING THE PLANE!

This was actually published in 2005, but I've not heard enough praise about it. Again it's heavy on photos and posters, focussing on the most entertaining US movies of the seventies. The text is a mixture of information and irreverant interviews designed to remind you or inspire you of the best and funnest movies of the decade.

The title is of course a line of dialogue from Airport 75, a classic and silly disaster movie that almost sent itself up before Airplane got to it. The book is an easy read, a great volume to dip into, and the photos are rare enough for even collectors of the genre.