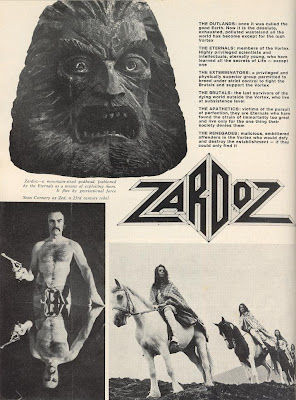 Preceded by a lengthy career interview with Sean Connery, Films and Filming magazine devoted a hefty four-page spread of publicity photos from John Boorman's sci-fi parable timed with its UK debut. Zardoz seems to be more popular now than it ever was, but as a benchmark for bad seventies' sci-fi. I think there's far worse out there, but not nearly as entertaining. I thought you might like this peek at it's original presentation. 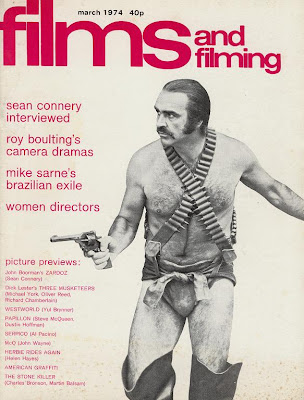 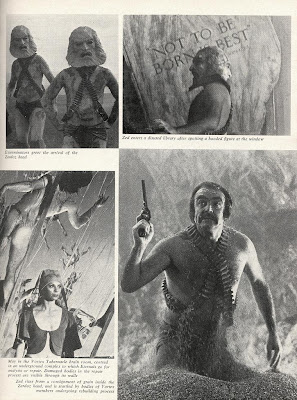 In the reviews section, we're reminded that also on release in the UK that month, Zardoz was up against Enter The Dragon, Electra Glide In Blue, The Golden Voyage of Sinbad (which I saw at the time), Magnum Force and Swallows and Amazons. Being too young to see Zardoz with its 'X' certificate, I had to settle for reading John Boorman's novelisation - which is pictured in my review of the movie.