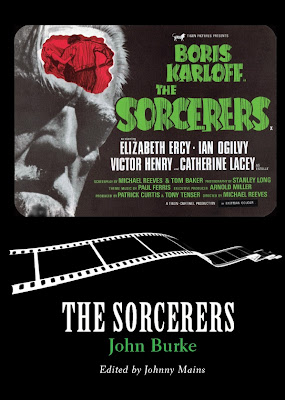 The Sorcerers (1967) is best known as the film Michael Reeves directed just before Witchfinder General (1968), and as one of Boris Karloff's last films.

Witchfinder General caused a clash with the censors, despite Reeves being friendly with the chairman of the board. The cut version was still criticised for its violence (this was before The Wild Bunch and A Clockwork Orange). It was also seen as a turning point in horror film and in British cinema, raising high hopes for Reeves' future films. But early in 1969, he accidentally died of an overdose of prescription medication. 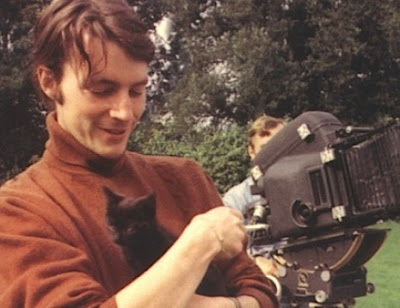 David Pirie's excellent 1973 overview of post-war British horror films 'A Heritage of Horror' took the genre seriously and defined its auteurs, devoting a chapter to Michael Reeves. He's rightly been celebrated ever since, with several biographies of a director who only made three complete films. The brilliance of Witchfinder General compensates for the fact that The She-Beast and The Sorcerers were made on very small budgets, though all three are analysed as the body of work of an auteur. 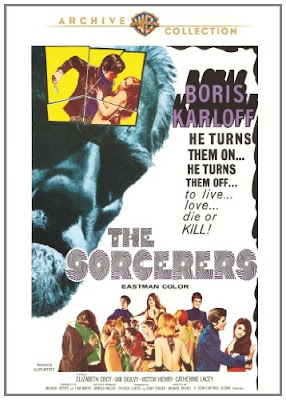 I keep returning to The Sorcerers because it has a good cast and an intriguing story, but it's ageing badly, as was its star, Boris Karloff. Notice that the film has been demoted to DVD-R status in the USA (pictured above). But historically, The Sorcerers is important because its financial success made Witchfinder General possible. It's also a film to be studied, rather than watched. For hunting traces of future greatness from the director.

Johnny Mains' new book 'The Sorcerers' (pictured at top) aids our research with a chance to read John Burke's original script before the director rewrote it, as well as making a plain case that Burke wasn't credited accurately onscreen.

This means that 'A Heritage of Horror' unwittingly got this detail wrong and, being such a rare book on the subject, the mistake was still being repeated nearly twenty years later. For example, in the article on Witchfinder General in Cinefantastique, Aug 1991, Michael Reeves and Tom Baker are credited as writing the script for The Sorcerers, based on a novel by John Burke (the same assumption that Pirie had made). But it had never been a novel, and Burke had written much of the script, but his onscreen credit is only 'From an idea by John Burke', ('an idea' could refer to something as minor as a pub conversation).

Burke had in fact expected to be credited among the scriptwriters, just as he'd seen it printed on the front page of the shooting script. As a result, students of film would credit the ideas in Reeves' films to 'his' scripts. This error was only eventually corrected in 2003, in Benjamin Halligan's biography of Reeves.

This new book provides the proof, with reproductions of letters received by John Burke, as well as a complete reprint of his original story treatment and the version of the script before Reeves and Baker amended it. It also includes the relevant chapter of Halligan's biography to give a complete story of the making of the film. 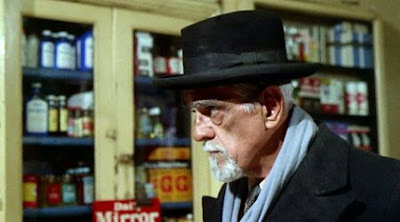 The producers were interested in horror films made by young new talent - they'd successfully hired Roman Polanski for Repulsion. To try and focus Reeves on a possible project, he was introduced to John Burke, who had two scripts the young director was interested in.

Intriguingly, the one that didn't get made, 'The Devil's Discord', was to star Christopher Lee and Raquel Welch. When that project fell through, and Karloff agreed, Reeves reverted to Burke's other script, 'The Sorcerers'. This could actually have been a lucky break - another gothic horror with Lee could have been lost among the rest. 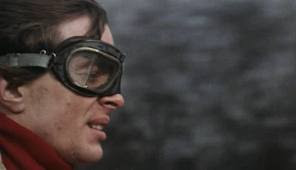 The Sorcerers' story was originally called 'Terror For Kicks', where a trio of scientists recruit a violent youngster to become an unwitting guinea pig for their experiment. They give him a potion that promises intoxication without a hangover. It works, but while he's under the influence, the telepathic scientists are sharing his every experience. They can also control his actions, literally living vicariously through him, without the risk of getting caught...

Script treatments can be as little as a single page, but John Burke's outline is 21 pages long. His expanded 'original story and screenplay' is 120 pages long, and even includes shot descriptions. 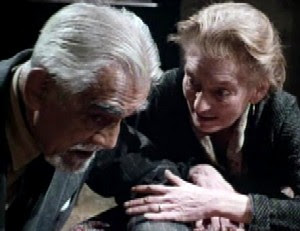 But Karloff wanted a more sympathetic role, so Reeves and his associate Tom Baker (not the actor) rewrote the script to accommodate him, while Burke was by then busy on a TV series. The three scientists became two, now also a husband and wife in conflict over how this new power should be used. The potion became an electronic device (a far more visual, psychedelic scene). The rewrite added more visual elements and diluted others. The level of violence and the scientists enjoying their subject having sex certainly had to be toned down to get past the censor. 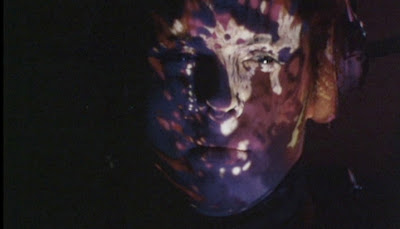 Interesting to learn that Reeves' approach to The Sorcerers was influenced by another low-budget British horror that he'd seen, The Projected Man. While he was an avid moviegoer, I thought his tastes were better than that, or perhaps it was just research...

It's fascinating to see how the story evolved and how much of Burke's script made it into the final version. Besides the entire original treatment and script, there are reprints of letters received by John Burke about his fees and credit on the film, if there was any doubt about the injustice here. There's a brief word from Burke's widow, a great contextual introduction to the story by Matthew Sweet, prime trivia from Kim Newman and, touchingly, Johnny Mains' account of the discovery of the script during his friendship with the late author.


The book can be ordered here but is a limited run of 500 copies. Meanwhile, the editor is currently working on compiling the best new British horror stories of 2014! News of that can be tracked here. 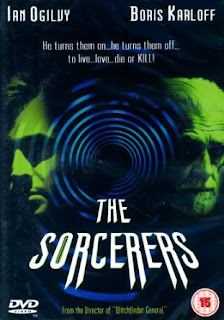 (Vangelis' soundtrack to Missing and our cat Willow helped with the writing of this article. Thanks of course to Johnny Mains for giving me an advanced peek at the book.)