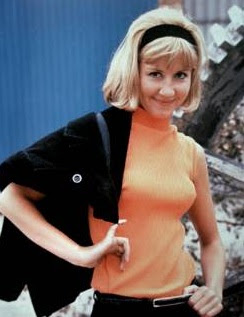 Last month, I saw Amicus Productions' Witchcraft for the first time, notable for a decent performance from Lon Chaney Jr. near the end of his career. I was especially pleased to see Diane Clare in it, playing his daughter! Reminding myself of her other films, I looked at her Wikipedia page and discovered that she'd passed away the day before, aged 74. 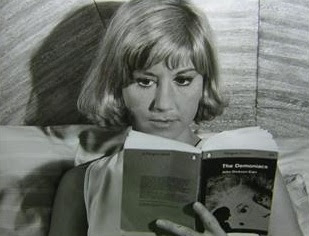 While she appeared in very British favourites such as Ice Cold In Alex (1958) and Whistle Down The Wind (1961), these were relatively small roles, and her passing only warranted a couple of mentions in newspapers. Nothing lengthy, and not much else online.

But it was always a pleasure to see her name in the credits. I've a fondness for any actor who repeatedly appears in horror films. I'm sure it wasn't always her first choice of roles, tackling fantastic subjects that must have been hard to commit to giving convincing performances, in outlandish situations. She always brightens up her films, and I'd like to commemorate here her few roles when she was, briefly, a scream queen, often the last woman standing among the victims... 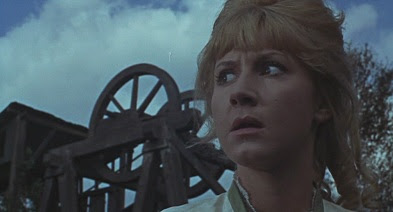 The Plague of the Zombies (1966) is her biggest role in an acclaimed horror film. The leading lady in a Hammer horror, recently restored and released on blu-ray, this is the one she's best known for. Threatened by rampant huntsmen, a murderous sorcerer and the living dead...

No stranger to sacrificial altars, she'd previously been on the wrong side of black magic in Amicus horror Witchcraft (1964) and was later staked out (again) in the desert in The Hand of Night (1966).

Another leading role was in an unconvincing monster movie - her last horror film - The Vulture (1967), where a series of killings appear to be committed by a huge bird.

When she appeared in more famous films, she inevitably had smaller roles. But there she is, with a Boston accent in Robert Wise's classic ghost story The Haunting (1963) - which probably led to all her British horror roles. She can also be glimpsed in the black comedy The Wrong Box - another film for director Bryan Forbes (after Whistle Down The Wind).

Of her television appearances, I must mention that she can briefly be seen in the Diana Rigg era of The Avengers, in the episode 'Death At Bargain Prices' (1965).

The Hand of Night has been cited as her last film, but this is a quirk of IMDB relying on its own information, where movies have been dated by their cinema release dates. While it first appeared in the US in 1968 (as The Beast of Morocco), it was made in 1966. As Chantel she has a forceful role, trying to save Paul Carver (William Sylvester) from suicidal thoughts as he veers into personal darkness after the death of his young family. In the story she symbolises light and life, but succeeds at playing a realistic and rounded character, which she remembered as one of her best.


She then gave up acting to raise a family, marrying writer Barry England. Some of his work was adapted for movies - a novel as Figures on a Landscape (1970) and a play became Conduct Unbecoming (1975). 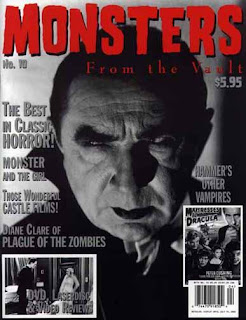 The best article about Diane is by Mark A. Miller in issue 10 of Monsters From The Vault, published in 2000. At 13 pages long, it's a fitting biography of her busy decade of film work and a document of her memories of that time.

Of course, I'm very sorry that she's left us so soon.