I've been sharing bits and pieces from defunct movie magazines of the 1960s and 1970s over on the 'Black Hole' Twitter feed, but it makes sense for them to be more accessible. Original adverts for movie debuts are particularly valuable for reference, establishing the exact date and the London cinemas where they first played. On this blog, I've been trying to stay consistent in dating each film with the widely agreed, correct year. I've relied on IMDB for this, but it often fails to provide any UK release dates for either American or British films. Any films that premiered before the US could therefore be dated incorrectly. I'm now going to double-check release dates of older films with the BFI database. But these magazines could also provide reliable arbitration!

While I've always cherished my horror movie magazines (here's more about the ones from the 1970s), the less specialised movie mags were stuck in a cupboard. I'd get Film Review at the cinema and Photoplay Film Monthly. While the articles are mostly celebrity gossip, publicity fluff and endless plot descriptions, they provide insight into how the films were initially sold, as well as candid behind-the-scenes photos, and .

Of course, I'm concerned about copyright and am certainly not going to post any entire articles. Instead, I'll give details of where any interesting articles can be found - most of these old magazines are still easily available on eBay. Besides information, some of the full-page poster ads, and of course the covers, are worthy of framing! I'm also restricting myself to magazines that are no longer in print and, to hamper any reproduction for profit, these are all handheld photos rather than scans. The kind of photos you'd get on eBay, only intended for reference and fun! 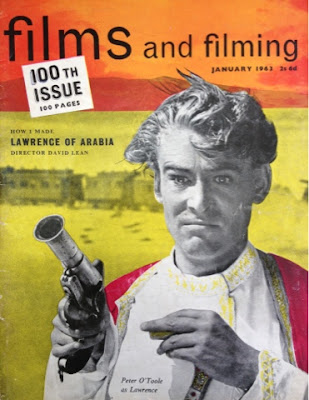 This is my oldest issue of Films and Filming, and it was already on its hundredth issue. The magazine first caught my eye in the 1970s for its risque and gay-biased covers and coverage. It was more mainstream in the 1960s, but still far less analytical of theme and content (like the intimidatingly wordy Sight and Sound) and more interested in film-makers than critical response. They'd also have spreads of two (or more) pages of publicity photos from upcoming films, printed on glossy paper (but only in black-and-white). 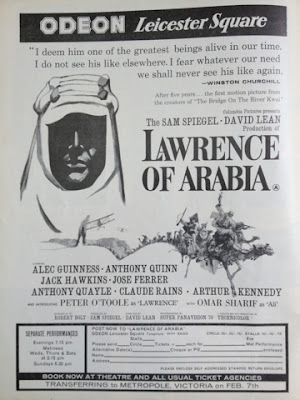 This issue includes a rather paltry four pages on 'the making of'' Lawrence of Arabia, with some small, unremarkable, publicity photos. Not nearly as impressive as the cover. This full page advert mentions the cinemas where it first played in London, and even the ticket prices! 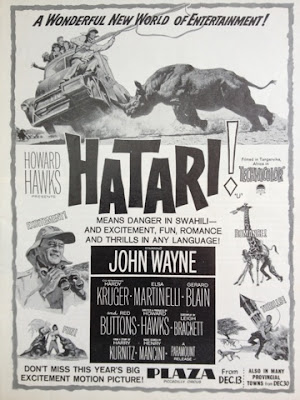 Hatari eventually became a staple of 'Saturday Night At The Movies' on BBC1, and is still notable for Henry Mancini's music (especially the catchy 'Elephant Walk' which has outlived the movie). But also for the exciting hunting scenes where wild animals are lassoed (alive - for zoos and research) -the footage studied and emulated in Spielberg's The Lost World - Jurassic Park for similar scenes of dinosaurs being captured. Note the dates bottom right - the usual tactic of screening new films in London for several weeks before the rest of the country had the chance. 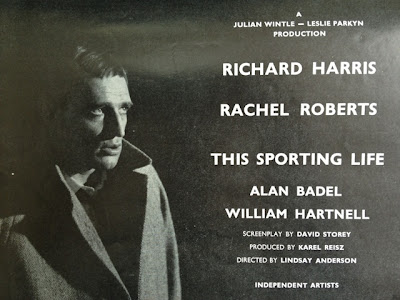