AMERICAN - THE BILL HICKS STORY
(2009, USA)
This recent documentary encouraged me to again soak up a load of Bill Hicks' wit and wisdom. I listened to the CD of his Shock And Awe performance for the first time. Particularly great for me because there was so much material about his visits to England. I was crying with laughter for the first time in ages. Maybe not the ideal thing to listen to in the car. 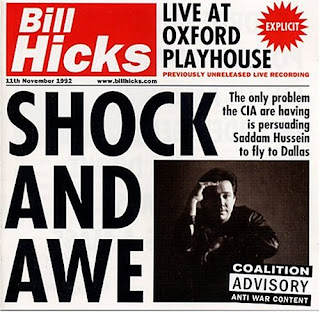 I've revered his stand-up routines ever since we were lucky enough to see two of his performances on TV in the UK. But despite being one of the most acclaimed comedians ever, his material was too fearless and angry for American TV. Besides the swearing and subject matter, he was critical of much about modern society, particularly America. He was talked about in all the press, but you could only really get to see him on stage as he toured endlessly around the States, and occasionally abroad in Britain (where he enjoyed huge audiences) and Australia. 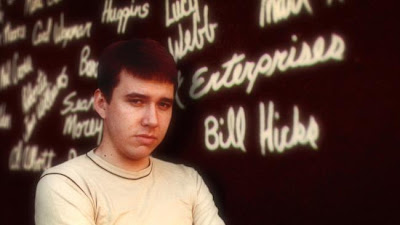 Despite performing stand-up comedy for 16 years before his cruelly premature death at 32, there wasn't much of his work to see on home video or hear on record. Only when we realised what we'd lost, did more DVDs and CDs get released, not all of them professionally recorded. His routines are treasured by fans, studied with awe by other comedians, documented in several biographies and celebrated in a recent documentary, American - The Bill Hicks Story (2009).


The evolution of his career started early as he sneaks out of the house to perform comedy at an 'open mike' comedy club on a school night. An instant hit, his work evolves as he moves around the States and lurched in and out of excessive drug-taking and drinking. 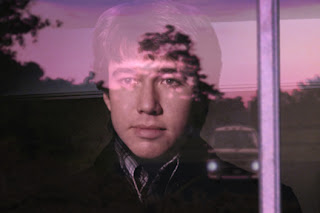 But what makes his comedy funnier, angrier and unique is the research, attempting to educate and encourage his audiences to think. He regularly offers up examples of disparity, how we are manipulated by politicians, media and marketing for their own profit. My first thought on hearing about his death was that he had been assassinated. I actually thought that he was getting through to people so successfully, that he had been taken out.

Something the documentary misses entirely was his appetite for books and newspapers, and how he tried to rationalise injustice, greed and bad logic in the world. Coupled with a fearless attitude to taboo subjects and a confessional honesty about himself, he's as thought-provoking as he is funny. His concise, intelligent, shocking satire prefigured South Park and was often more controversial. 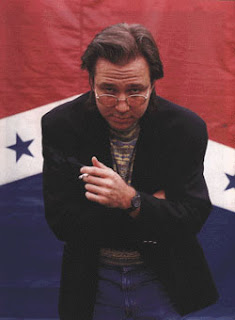 While I enjoyed learning more about his life, as told by his friends, family and fellow stand-up comedians, I wouldn't recommend American as an introduction to his work. It's great for finding out about the man behind the comedy, but first treat yourself to one of his shows. I didn't feel that any of his best routines were showcased, they were used to illustrate the story. Fine if you're familiar with his comedy, but not the best way to start with Bill.