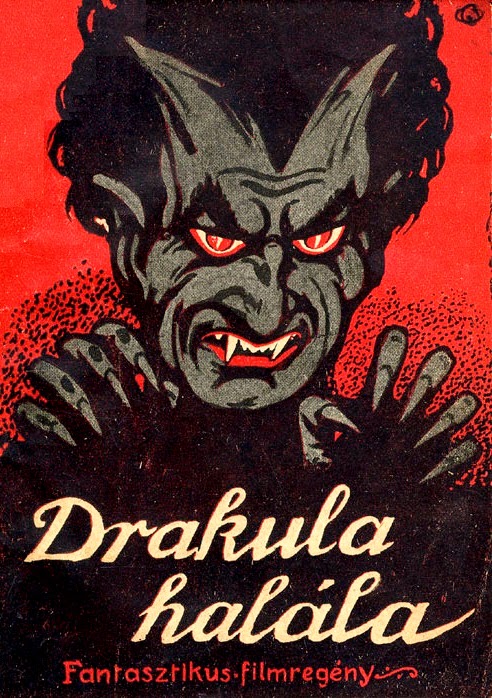 So you think you know the history of horror films? I don't!

There I was, thinking Nosferatu (1922) was the first ever Dracula film. It was a surprise to see on Twitter a photo of an actor playing Dracula in an earlier film! This is definitely a movie worth highlighting, despite The Death of Dracula currently being a lost film. On reading more about it, I discovered I should have known about it already...

My interest in horror films stretches back to the origins of the genre. Early zombie movies, demons, werewolves, vampires... and like with the first existing silent Frankenstein film (1910), you can then delve back further to Mary Shelley's novel and her inspirations, the mythologies and technologies around her as a teenager.

Many elements of horror films are predated by plays, novels, newspaper serials, art, folk stories and legends and back and back... but the first film in any genre holds a special place. While vampire-like creatures appeared in silent films as far back as Georges Méliès' short films in the late 1890s, when did the character of Dracula make his screen debut? 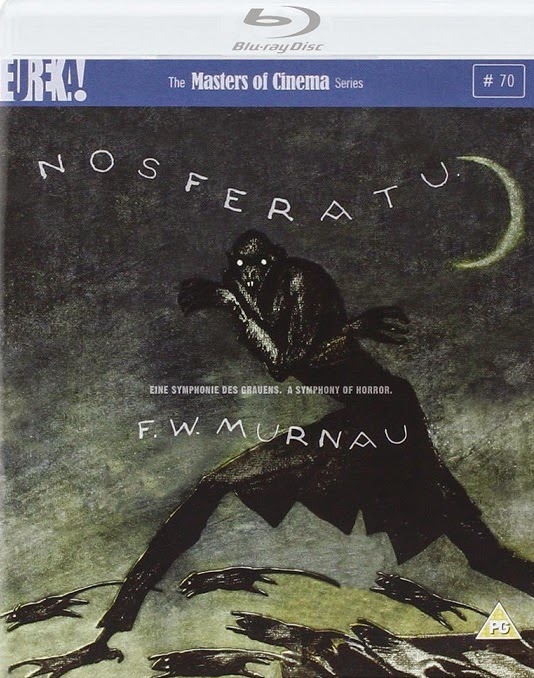 After years of reading about vampire movies, I presumed that the first Dracula movie was Nosferatu, F.W. Murnau's unauthorised German adaption released in 1922. While the names in the novel had been changed to try and dodge a lawsuit, the film lifts most of its story and characters from Bram Stoker. When his widow successfully sued the filmmakers, it was ordered that all prints of the film be destroyed. Luckily for us, they missed a few and Nosferatu has now been released on blu-ray! 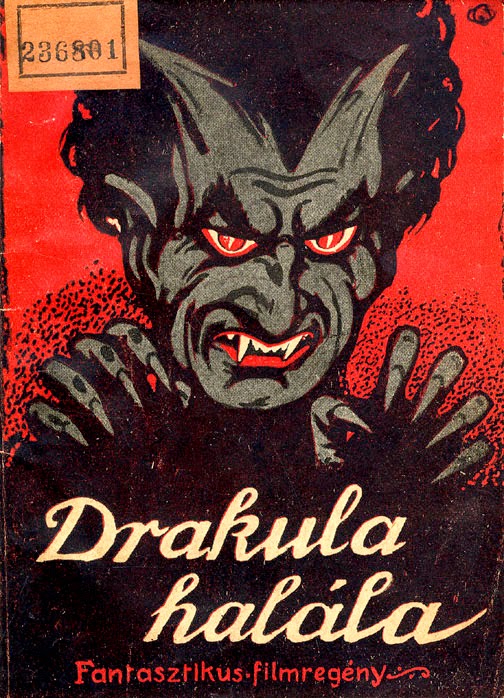 But for decades, there'd been a search for the lost Hungarian film Drakula halála (translated as The Death of Dracula). While there was no trace of any surviving footage, a researcher found a 'filmbook', a novelisation (pictured above) in the Hungarian National Library in Budapest. This, together with magazines of the time, have given us the story and a few photographs, proving that there was a film based on the Dracula novel, first released in 1921. 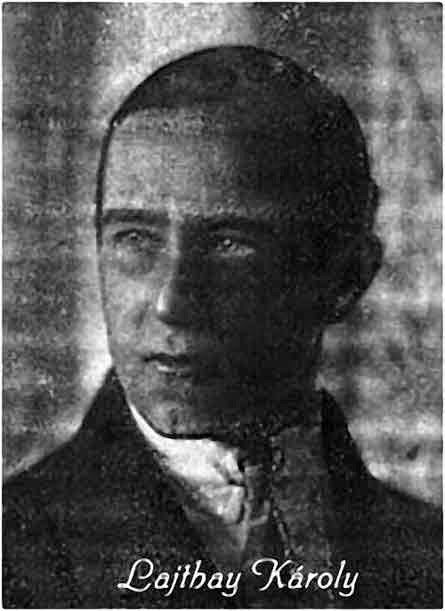 Released in 1921, it was directed by Károly Lajthay (above) and starred Paul Askonas as Drakula and Lene Myl as Mary, the haunted heroine. Lajthay had written the script with Mihály Kertész, better known to us when he moved to America and changed his name to Michael Curtiz (!), directing classic Hollywood films such as Mystery of the Wax Museum and Casablanca! It was shot on location in Vienna and in studios in Budapest. 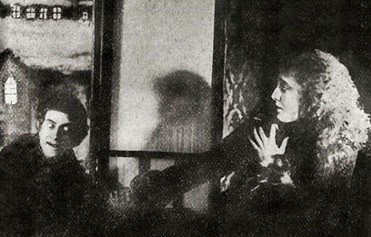 The novelisation probably gives us the full story of this fifty to sixty minute film, (the existing photographs match two scenes in this book). The virginal Mary is haunted by the demonic Drakula after she encounters him in a lunatic asylum. The man (possibly deluded that he thinks he's Dracula) recoils from the cross, but later kidnaps Mary for a satanic 'wedding' back at his castle. 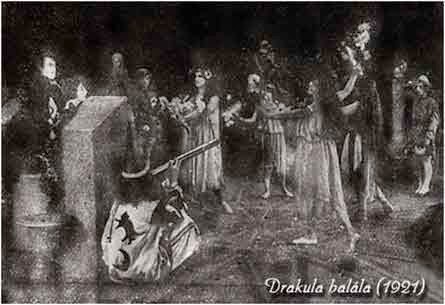 While the plot doesn't follow Stoker's novel, many situations are familiar from it. Dracula's immortality, his castle, his brides, Mary's suffering health after meeting him, the asylum... possibly the story elements were juggled to dodge any copyright issue? 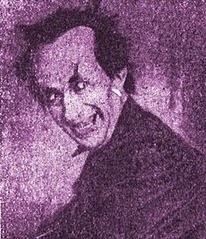 The filmbook's cover art shows Drakula with fangs, talons and a 'bat ear' hairline, but the portrait of Paul Askonas as Drakula (above) only shows us his cape, wild hair and eyebrows, with a hairline that looks a little like bat ears. There's a chance to see Askonas in action in The Hands of Orlac (1924), where he plays Conrad Veidt's butler. 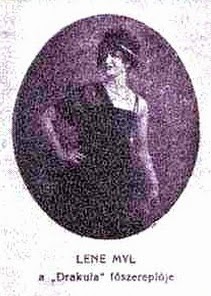 In this photo of the central character, Mary Land, actress Lene Myl is barely visible. There are reports that her part was also refilmed with another actress when the film was re-released three years later! So, maybe two versions of the film, both missing, presumed lost, in the second world war...

But why didn't Florence Stoker also sue the makers of Drakula Halala? One theory is that she never got to hear of it, let alone see it. But maybe it was too dissimilar from the novel. Vlad Drakul was a local historical figure, so it would be hard to base a lawsuit on the name either. It's also intriguing that Bela Lugosi, born in Hungary, could have seen the film, ten years before he played Dracula. 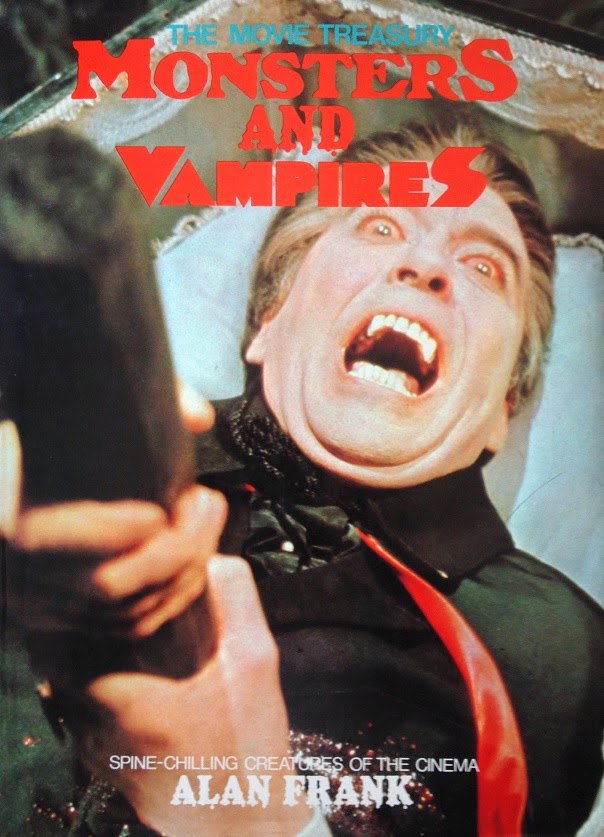 Looking back through my books and magazines - I discovered that I should have known about this film all along. Radu Florescu included it in the filmography of the revised 1994 edition of 'In Search of Dracula'. Only a small mention, but Alan Frank had also noted it in his 'Monsters and Vampires' (above), which I've had since 1976! Perhaps I repeatedly dismissed the film's existence because it could never be seen? But just because we can't see it any more doesn't discount its place in horror history. 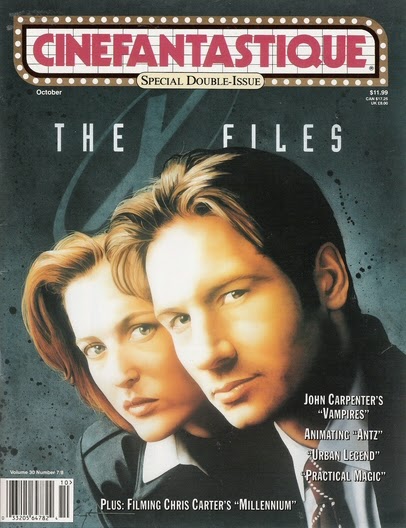 My most unforgiveable oversight is forgetting about the massive three-page article in the October 1998 Cinefantastique magazine (volume 30 number 7/8) which carries the full story on the discovery of the filmbook in the Budapest library. Perhaps I was too excited about the next season of The X Files...

The lesson. Read and re-read your chosen subjects. The answers might already be around you!

Incidentally, there's this even more extensive article about Drakula Halala by Gary D Rhodes. Published in 2010, this free-to-download PDF also includes the first ever English translation of the entire filmbook - the only way to enjoy this lost movie, as well as better versions of the surviving photographs.

This Hungarian site includes other artefacts, like adverts for the film.

(Thanks also to Emilio J Fernandez @EmilioJFernndez for resetting my horror knowledge with a single tweet!)