An animated Batman for adults!

There's a new problem in Gotham City, an army of mutant criminals on a worsening crimewave. Just as Commissioner Gordon finally retires, Batman appears after a ten-year absence, but is perhaps too old to fight crime anymore. The 'masked vigilante' also faces hostility from the media, politicians and the new chief of police...

Even after all the Bat-movies and Bat-TV I've seen, I had a lot of fun watching this. Frank Miller's legendary reinterpretation of the Batman universe has been adapted as a feature-length animation. An honest attempt to be faithful to the original comic results in a very different approach to the character seen in the many previous animated Batmans, and intended for even more mature audiences than Christopher Nolan's sombre live-action trilogy. 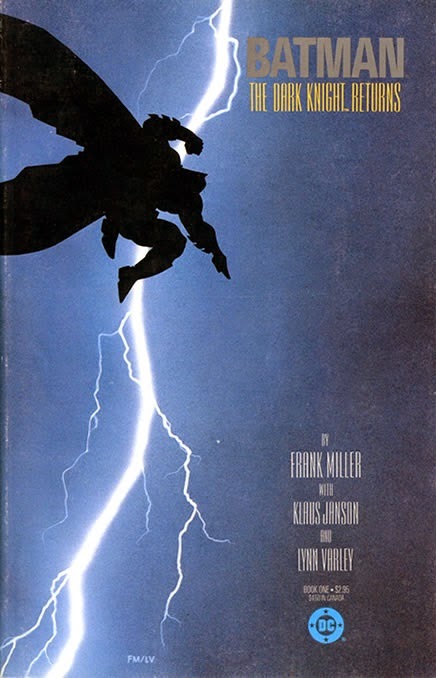 Early edition of the graphic novel

The release of the 1986 Frank Miller story, together with 'Watchmen', was back when comics became acceptable for adults (outside of Japan), and the 'graphic novel' became a thing - a comic that looked like a book and a new way to read a limited-run story, as a collection. 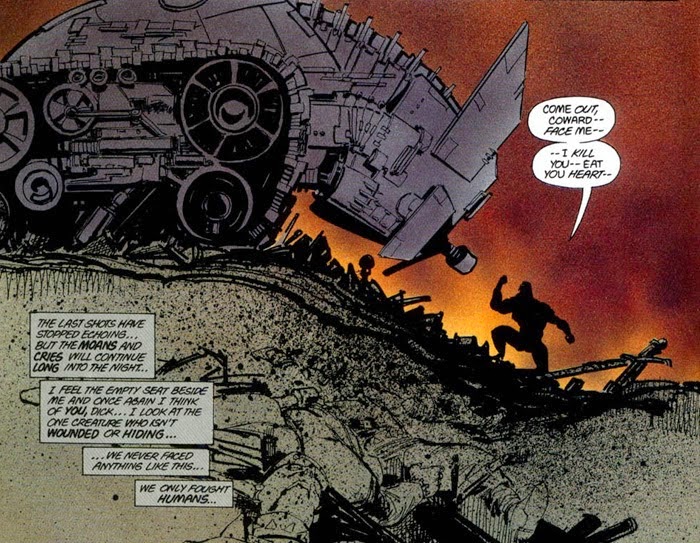 Miller simply acknowledged that times had changed in America, dragging Batman into a far more realistic metropolis. This isn't to say that he distorts the DC characters. He retains their origins but refuses to ignore their real adversaries - automatic weapons, politics and overwhelming organised crime. Each more of a problem than colourfully costumed villains and their themed burglaries. 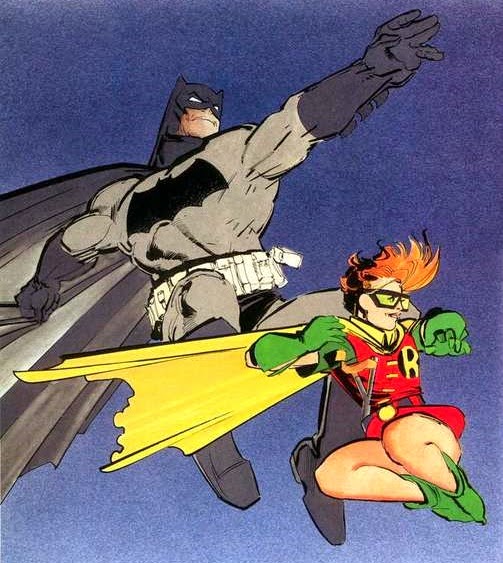 When first published, there were shockwaves caused by the changes made to the friendly neighbourhood superhero, still strongly associated with Adam West's tongue-in-cheek man in tights. Batman was getting old. Ronald Reagan was President. Robin was a girl! Superman was a dick! Batman angry, Batman kill! It smashed many preconceptions with interesting angles. Fresh, controversial, hard to dismiss - it tempted an older audience back to 'comic books'.

The Dark Knight Returns revived interest in Batman as a franchise, providing a new angle unexplored in film or TV. The Tim Burton films could now be dark, with Batman (1989) a depressed, introspective loner. Surprisingly, Bruce Wayne's unrelenting cynicism was also carried into Batman - The Animated Series (1992).


Now there's this animated adaption of the assault on the Batman mythos. Throughout this feature-length adventure, the story regularly warrants the 15 certificate, with violence, madness and sexuality usually excised from Bat-animation. 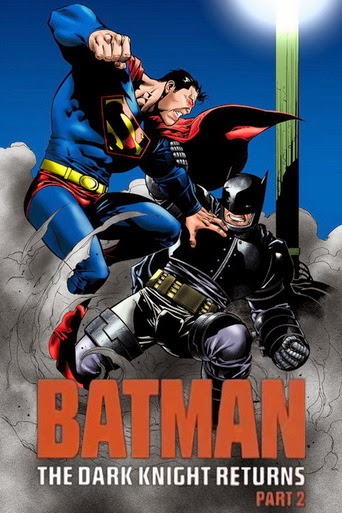 Some of the highlights include an even more aggressive Batmobile than Nolan's Tumbler, the brutal Bat-Tank! Big enough to hold an endless supply of firepower. A slamdown battle with Superman (but how?). And this insane villain - a topless Nazi machine-gunner! 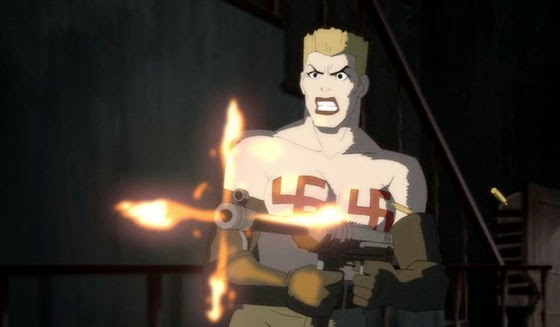 Even now, adapting this story as animation is risky. It's notable how few animated films are restricted to the over-twelves, the exception being anime. I struggle to think of any British or American animation for adults since the X-rated era of Ralph Bakshi's feature films, like Fritz the Cat. Apart from the 1990's MTV Animation that brought us the complex mind-games of The Maxx and the fetishistic gunplay of Aeon Flux. 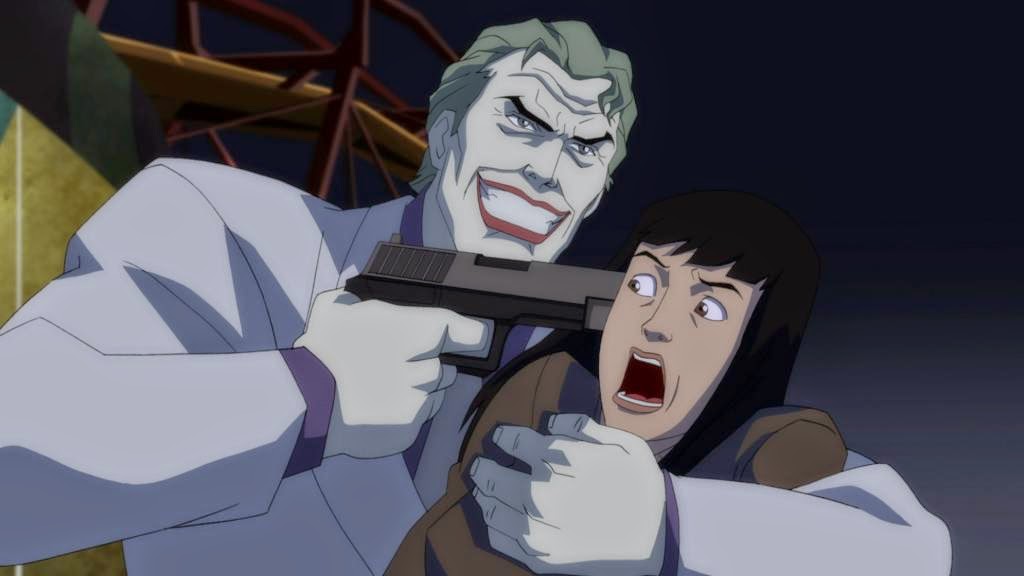 Now, adult animation is mostly TV comedy that dare to swear. South Park then Family Guy wallow in occasionally bloody, gross-out humour. Hilarious though they are, watching The Maxx again reminded me how exceptional serious stories are with mature, psychological depth. 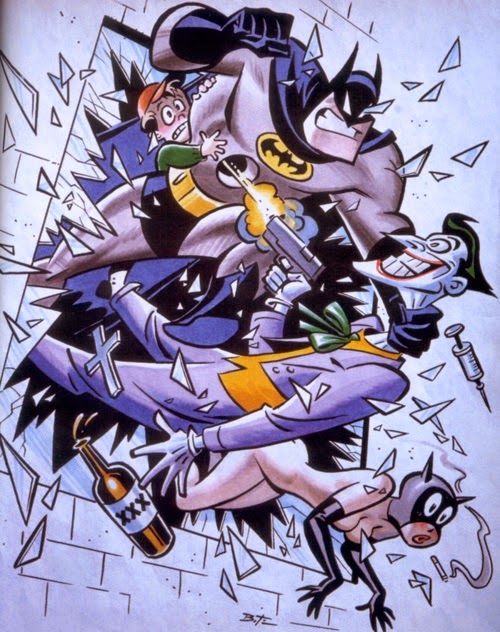 Of course there are restrictions on what children should see in TV shows and Batman - The Animated Series worked hard to make exciting stories that could also interest older viewers. They did this with rounded characters, a downbeat Batman, fast, intricate stories, beautiful design work, a superb voice cast and by pushing the action as far as possible.

But here's a rare chance to experience Batman without those limits. 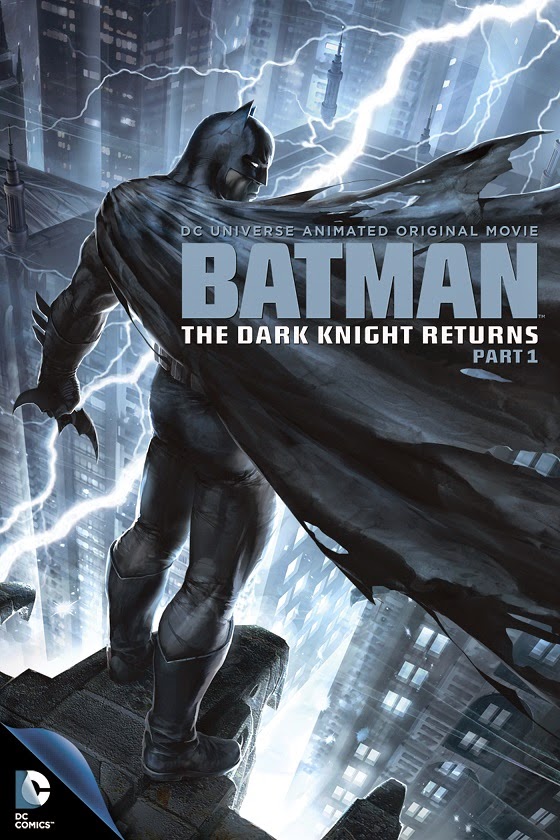 The Dark Knight Returns was first released on DVD and blu-ray as Part One in 2012 and Part Two in 2013. It's now available as a single Deluxe Edition (at top). A misleading pity that the generic cover art on all these editions don't relate to the style of animation, which is more in line with Miller's designs.