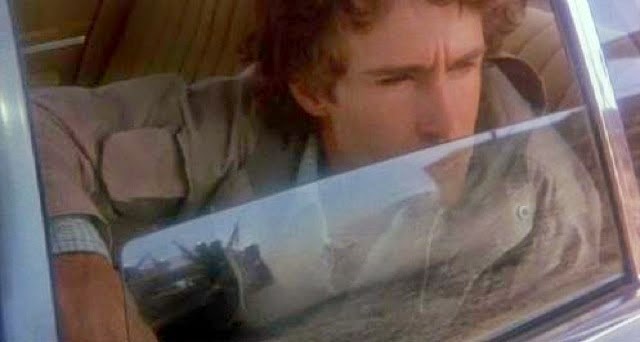 When the law means nothing any more, just obey the guys with guns...

A young American journalist (John Shea) gets cut off from his wife (Sissy Spacek) during a violent military coup in South America. With the army in charge and locking down communication and travel around the country, she knows that he might just be caught up somewhere, unable to get in touch. But as the weeks pass, his father (Jack Lemmon) flies down from the USA to help try and locate him. 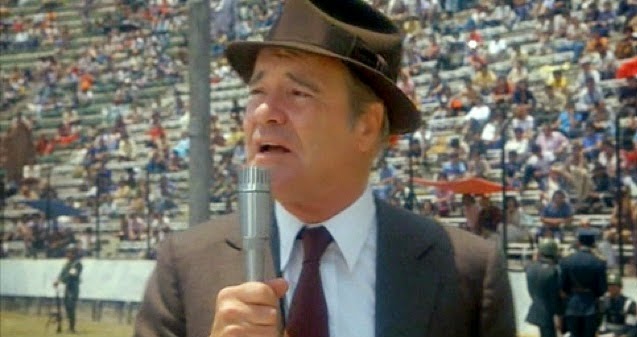 The mystery drives the two through the shady activities of the new regime, based on the 1973 coup in Chile. It's recognisably a modern American city - but civilisation has some nasty cracks. As they talk to officials and journalists in embassies and restaurants, there are sudden loud bursts of gunfire outside. People are dragged away from busy public places, seemingly at random. Fresh gunshot victims lie in the empty streets, unattended. 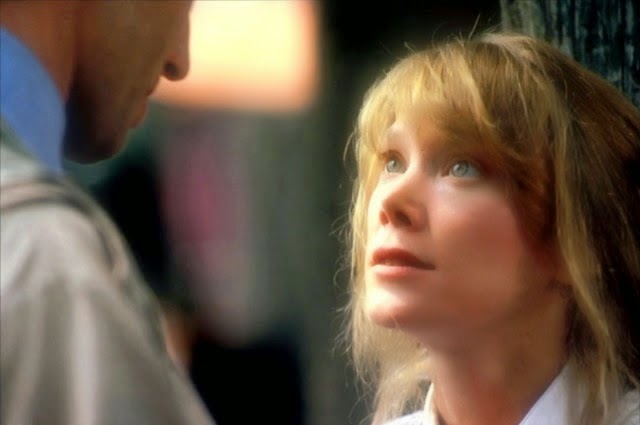 The horrors of the new order are steadily revealed through the film. My first watch, over twenty years ago, shocked me. I couldn't believe that this was a true story. After a steady diet of news and documentaries, these events are now more familiar, but Missing still captures what it's like to be trapped inside this chaotic and terrifying situation, exposing the underside of the story that we don't get in news reports.

Director Costa-Gavras has always made political films, but here expertly balances his revelations with a well-told drama. Missing successfully reached a mainstream North American audience and won two Academy Awards (as well as two other nominations). It reminded me of The Killing Fields, with the constant verbal battles with armed authority, but this is a stronger story that hits harder. 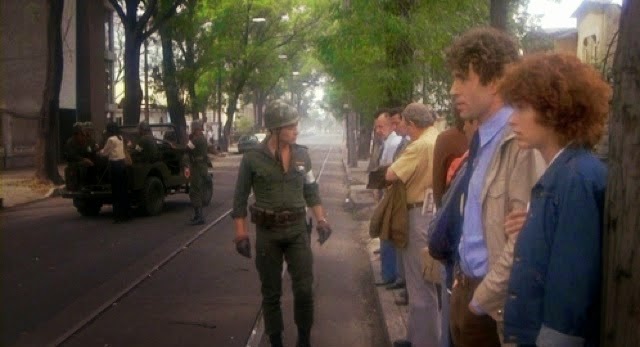 Jack Lemmon and Sissy Spacek are both excellent, but so is the direction - keeping the momentum of the investigation going, while piling on terrifying detail. Soldiers burning books at night is an eerie indicator of the way the country is being controlled.

The lasting impression of this film was creeping depression! That this happened at all, and that it's probably still happening today. 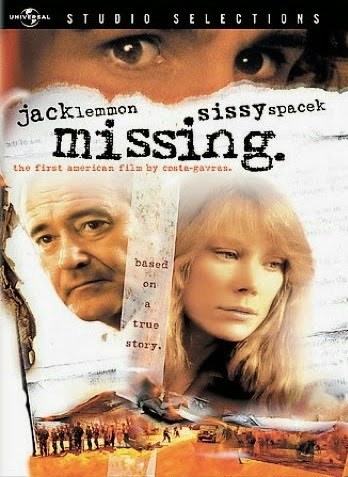 I watched the region 1 DVD that I bought years ago - it's anamorphic widescreen with no extras. There's now a Criterion special edition, with interviews with the people the characters were based on and more context about the Chilean coup. 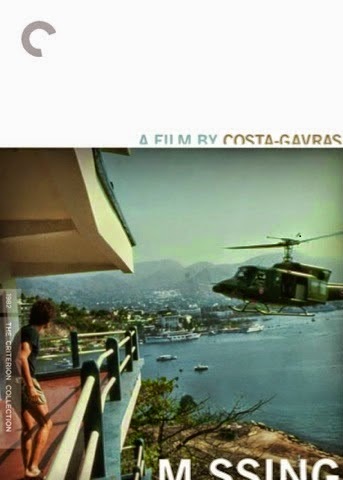