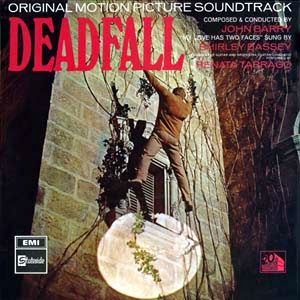 Michael Caine plays a jewel thief, drawn into an ambitious heist from a well-protected estate on the Spanish island of Mallorca. But the story spends more time on the psychological motives of his partners in crime, a mysterious husband and wife team (Eric Portman and Giovanna Ralli).

Based on a pulpy thriller by Desmond Cory, director Bryan Forbes adapts and streamlines the highlights of the story until its almost insubstantial. I was interested to see that the most unlikely physical aspects of the main heist are are taken from Cory's novel. 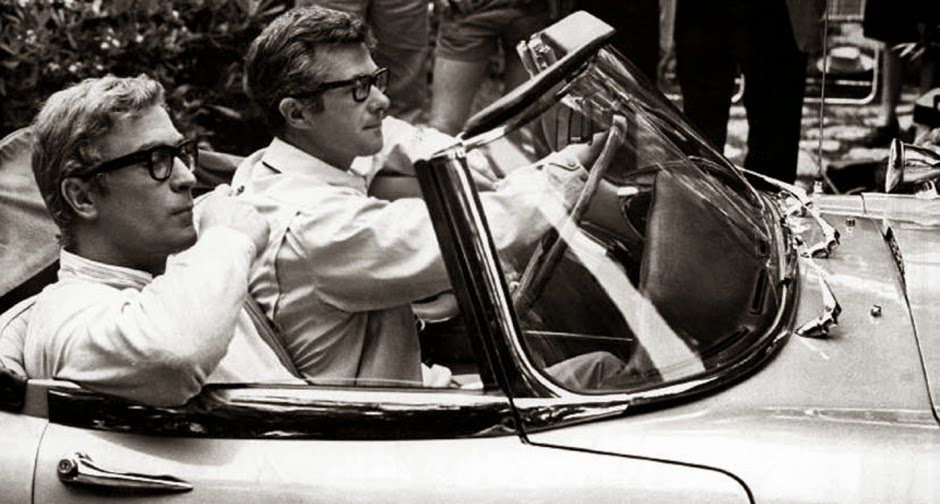 Forbes seems distracted by the glamour of his cast, Caine at the height of his Alfie/Harry Palmer sexiness, as well as the beauty of the sun-drenched locations. It's often shot with a trendy variety of oblique, beautiful camerawork (framed through archways, out of focus/into focus...). 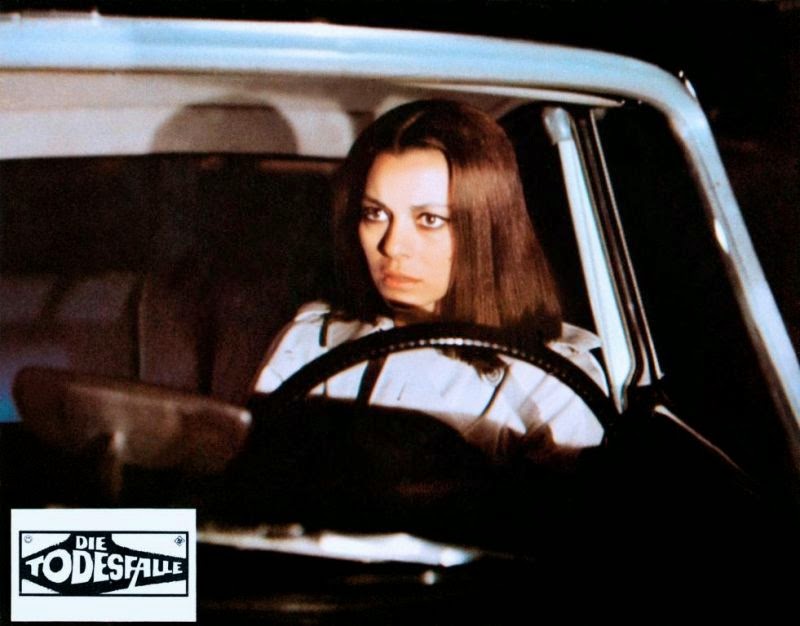 It's interesting to see a sixties' drama in English using the relatively meaningless camerawork of French new wave. The sheen of the film would have been more attractive when the Mediterranean was a faraway glamorous location. A few years before it was overrun with affordable flights and package holidays. 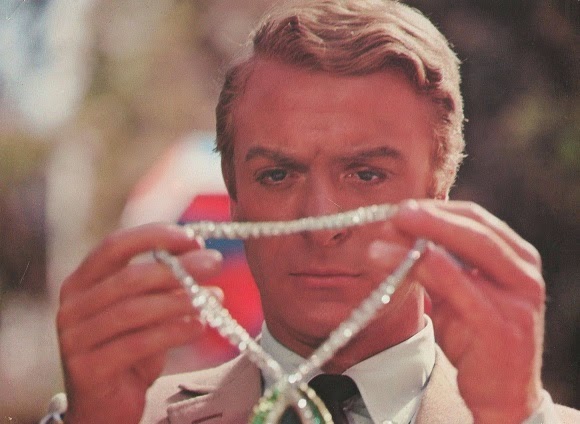 But the style is very seductive, especially for late night viewing, when you can bathe in it, regardless of the pace of the story. Midnight is also a more suitable time for the sombre mood of the drama and the darkness in John Barry's lush soundtrack, the last of six collaborations with Forbes. For instance, Barry's theme when the diamonds are revealed hints at their dangerous allure. The theme song, belted out by Shirley Bassey, highlights the duality of several characters, 'My Love Has Two Faces'... 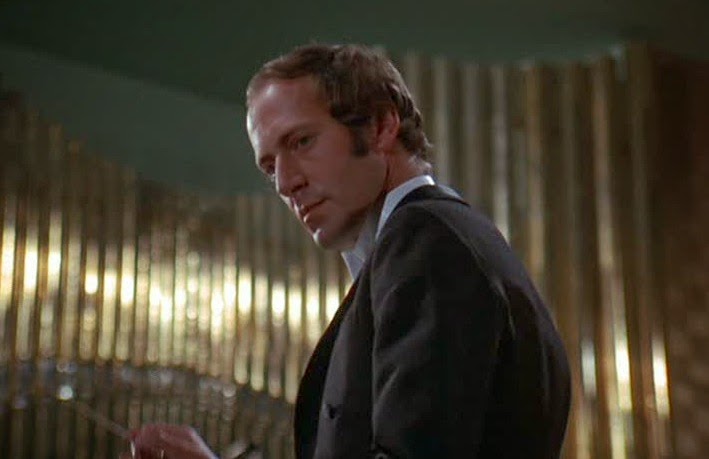 The musical centrepiece of the film is during a burglary, timed while a rich couple leave their mansion to go to a concert, conducted by John Barry himself! The performance doubles as the tense soundtrack to the heist. As Forbes explains in the DVD extras, they had the mindboggling task of filming the concert before the soundtrack was completed, when that music is normally added after the editing. 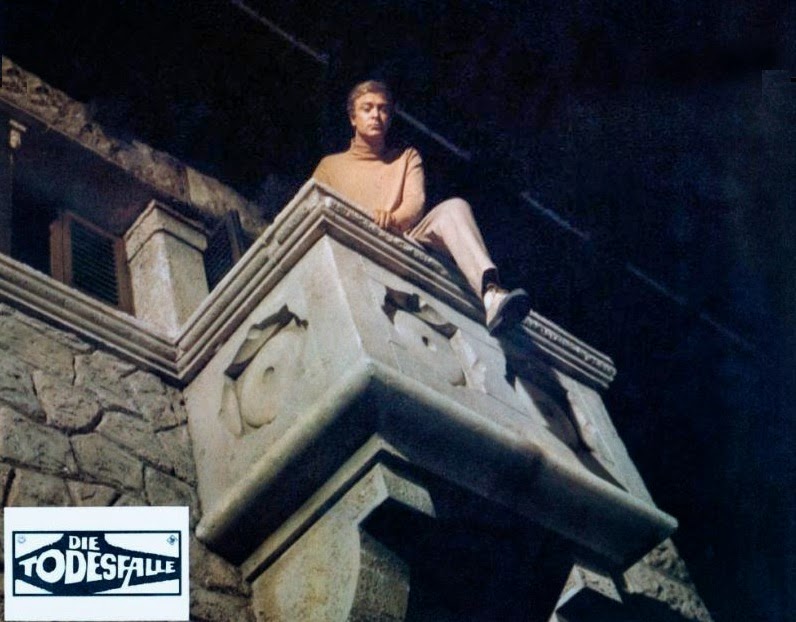 The soundtrack has always stuck with me, but so has the backstory of one the characters. As a young teenager, I was interested at the hint of a gay character, especially rare on TV in the 1970s. In my memories, I thought it only figured in one scene. But now I recognise the gay subplot as major rather than minor. It can also be the only reason for Deadfall being an X certificate in 1968. Note that the poster warns of "the perverse". There's no nudity, violence or swearing, what else could it be but a taboo subject? 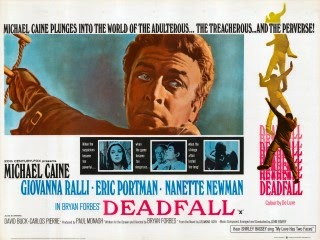 It even makes me wonder that I missed some of the dialogue, or if several 'homosexual' references were removed when this played on Saturday night TV in the evening, rather than late at night. I'm thinking that the 'queer' in the dialogue might have been snipped out. 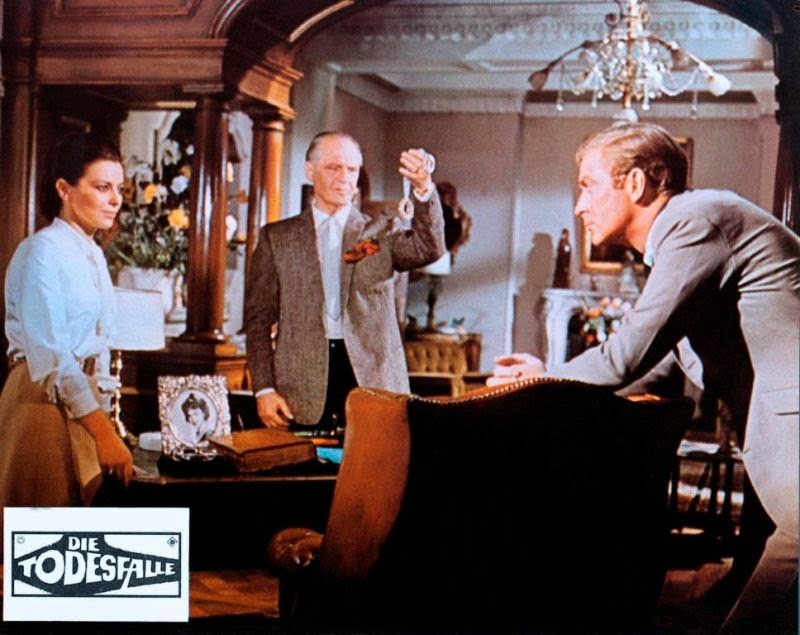 Deadfall reminds me of how homosexuality in the seventies continued to be represented, regarded as a dirty, dark secret that had to be carefully guarded and hidden at all costs. The story intertwines the shame and guilt with the plot. It's a dated representation, but a realistic taste of the anguish of closetted life. 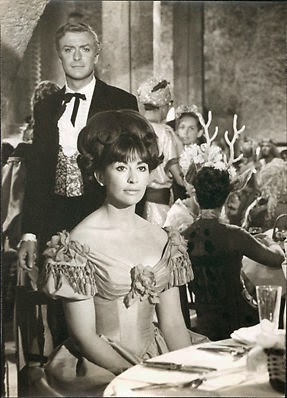 The downbeat tone is leavened with a fun party scene where Nanette Newman inevitably cameos. Her character wants to be in movies. "Oh, you're an actress?" asks Caine. "No, I want to be in movies." she replies, absently.

Deadfall is at its core a heist movie. On the glossy surface, a variation on To Catch A Thief. A reminder of the lush music and cinematography of the decade. But it's also a tortured drama. 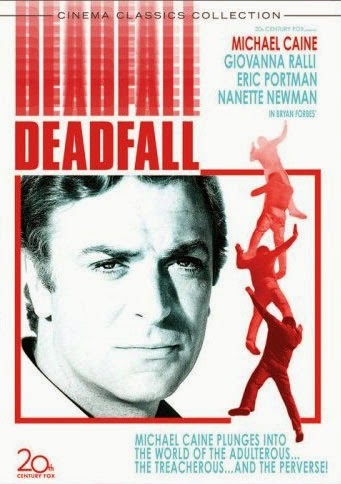 The US DVD (above) includes an isolated score, a 19 minute featurette interview with composer John Barry and director Bryan Forbes, both no longer with us, and the spoilerific original trailer. Optimum have also released a widescreen DVD in the UK. 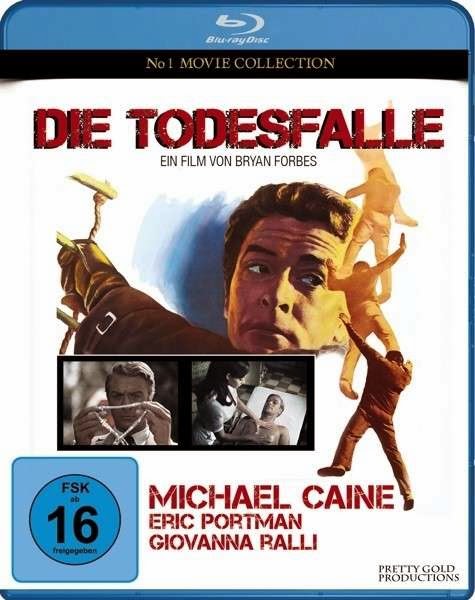 Deadfall is also on a German blu-ray (as Die Todesfalle) with no extras, only a choice of English or German audio tracks. 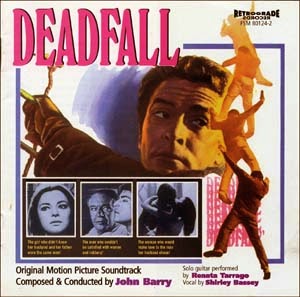 Lastly, here are some inviting screengrabs from the US DVD here on DVD Beaver.