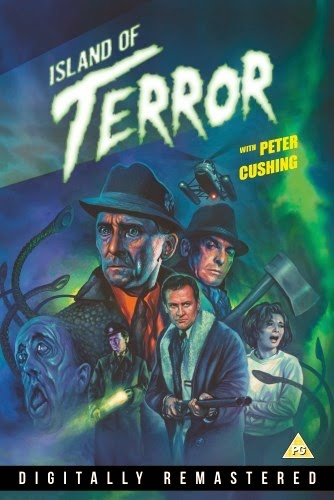 Just when you think an old film is out-of-print and likely to be forgotten, it gets digitally remastered and struck on blu-ray! Odeon Entertainment are releasing Island of Terror in September and Night of the Big Heat on June 23rd. Both films are sci-fi horrors directed by one of Hammer Films' best, and both star Peter Cushing. 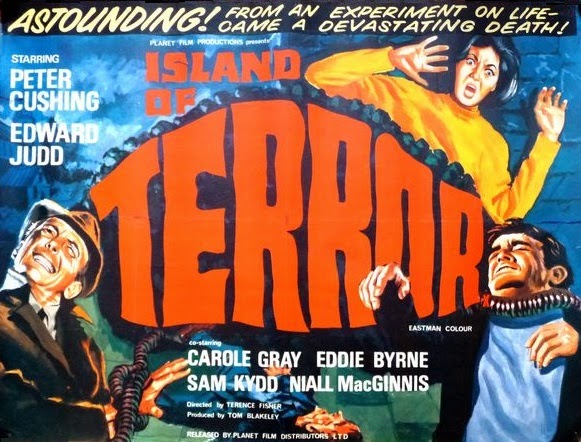 Terence Fisher repeatedly proved that low-budget sci-fi was harder than low-budget horror, though it appears that he made these for less money than any of his Hammer Films. But he could still milk chills out of them, even The Earth Dies Screaming (1965).

That, Island of Terror and Night of the Big Heat are derived from the tradition of British science fiction in the vein of John Wyndham (The Kraken Wakes, The Day of the Triffids). Space invaders attacking isolated communities. Humanity retreating to defend itself in a mundane hotel bar or public house... 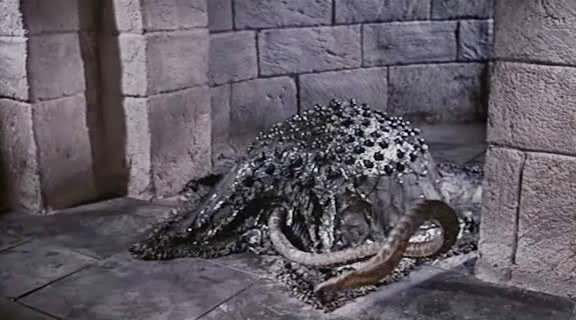 Island of Terror is the most ambitious of Fisher's 'invasion trilogy' with an onslaught of slow-moving... things. Bulletproof things that quickly replicate themselves and can suck the bone out of anything they get their tentacles on. Not a great situation to be trapped on a remote island with.

Hard not to like, it has a brisk pace, even though our heroes spend a lot of time racing up and down the same dirt road in the same car. The monsters are quite unique, unlikely looking but sounding really creepy. They move slow but they can still creep up on you... 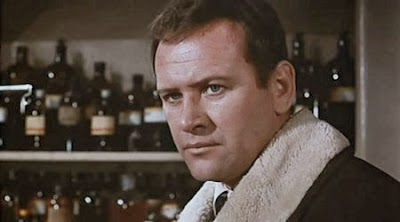 Edward Judd (First Men in the Moon) effortlessly plays a patronising, womanising hero, with barely any feeling for his dialogue, except that it's louder than everyone else and often begun over the others' lines. 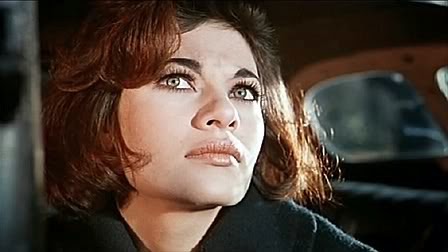 Carole Gray (Curse of the Fly) looks too classy and beautiful for b-movie monsters, and is far more convincing than Judd. There's also Niall MacGinnis (Night of the Demon, Jason and the Argonauts) given far too little to do. It's almost insulting that Peter Cushing isn't the romantic lead, though that doesn't stop him from hinting at it! 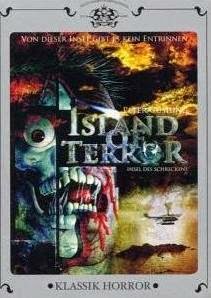 Island of Terror had a UK DVD release, which I've not seen. I'd opted for the German DVD because it has an additional, bloody censor cut. But the transfer is poor, overly contrasty, and the source print is jumpy. The aspect ratio looks like 1.66 stretched sideways to fill the 16:9 frame. I delight in watching it just for the extra shot, but the forthcoming remastering will easily look better.

Odeon's online store is already offering pre-order sales for Island of Terror on DVD and blu-ray - the site says that these will be region-free. I'll update this article once I've seen the new blu-ray. 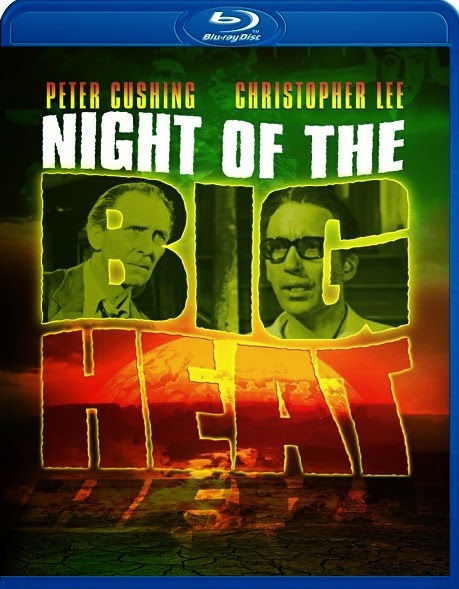 Terence Fisher's Night of the Big Heat (1967) starring both Peter Cushing and Christopher Lee is on pre-order at MovieMail.

An earlier look at Island of Terror and some Silicate fridge magnets!