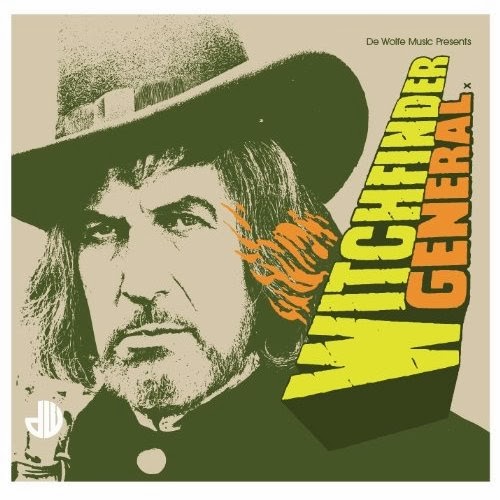 Paul Ferris' haunting soundtrack to Witchfinder General had been promised by De Wolfe music for, literally, years. It kept appearing and disappearing from Amazon listings and their website. Rather suddenly, in December, the CD appeared for sale again, but this time there was news on Twitter that people had actually received their copy! I wasted no time in ordering one.

Honestly, I've wanted this soundtrack for forty years, ever since first seeing it on ITV late at night. It's a memorable soundtrack, let alone one for a pivotal British horror movie. Ever since, I've been to listening to the film's audio on cassette, a habit started before days of home video, waiting for a soundtrack. It was never officially released as an album. A few tracks surfaced on vinyl in music libraries, (that I only heard last year), but now all the music is on this CD. Better still, it's been remastered from the original quarter-inch master tape.

The full track listing for the Witchfinder General CD is here on the De Wolfe shop website...

My look at the movie Witchfinder General here...

This blog is usually for articles rather than news items. While I constantly forward cult movie news on Twitter, I rarely blog it as well. Non-Twitter users are able to browse my @BlackHoleMovies Twitter feed without having to join Twitter. I swear it's not about cats and coffee, but pared down to interesting photos, articles and trivia that other Twitters have found.
See here... https://twitter.com/BlackHoleMovies

Also, I post the most interesting finds on the Black Hole cult movies Facebook page - I also let followers know the moment there's a new article on this blog.
Here... https://www.facebook.com/pages/Black-Hole-cult-movies/