ONLY GOD FORGIVES (2013) - catching up with Nicolas Winding Refn

Don't ask me to pick my 'film of the year', but Nicolas Winding Refn's Only God Forgives was certainly a high point. I'm still watching everything else he's directed - here's the story so far...

Drive drew me in with its 1980s vibe and car-centric story. I loved it for being unpredictable, gorgeously shot and music-heavy, with characters and performances as intense as David Lynch used to produce. Similarly, the ultra-violence caused me to flinch and shut my eyes. It's probably very realistic, so I've heard. 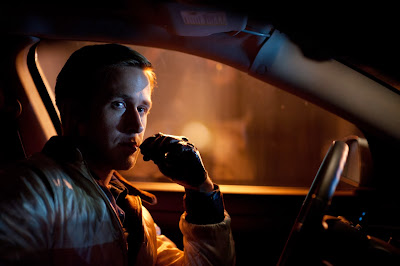 But is Drive the pinnacle of director Nicolas Winding Refn's career? It was my entry point to his work and I then started at his beginning with the first of the Pusher trilogy, which turned out to be a good match for Drive. 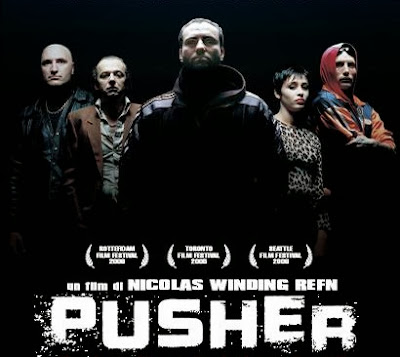 Another violent loner in an impossible fix. Though Pusher isn't at all stylised. It looks totally authentic, with unfussy, tight camerawork, all on location. Almost invisibly directed, I wasn't sure that any or all of the characters weren't playing themselves. Centred around Frank (Kim Bodnia) a street pusher, it was hard not to think of this as a documentary where the camera was somehow invisible. The only familiar face was a (bald) Mads Mikkelsen, who I remembered as 'Le Chiffre' from Casino Royale. The difference between those two characters demonstrate his huge range as an actor.


All three Pusher films are definitely worth seeing for Refn fans, but the first (from 1996) is the best. Describing the mechanisms of illegal drug distribution in a big European city (Copenhagen, Denmark - which has a huge international sea port). Detailing and humanising how the middle-men operate between the big guys who import drugs and the sellers on the street. When a deal goes wrong, Frank has to solve his cash-flow crises quickly, or face serious, merciless physical retribution.

The next two Pusher films didn't deliver the same hit in terms of street education, but rather continues following the other characters, for a fuller picture of how people in a high-risk business work outside the law, within the community. These aren't grandiose, organised, traditional families as represented in The Godfather, but shattered groups of dysfunctional people whose principal employment is trafficking, 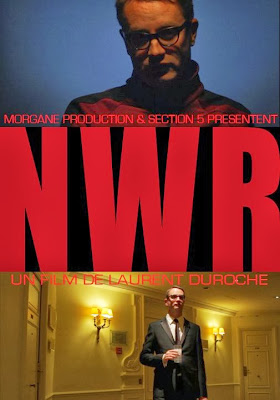 Pusher was a startling and accomplished debut for Nicolas Winding Refn, shot around the city where he was born, acclaimed by the film-making hierarchy in Denmark. But, as he revealed in the 2012 documentary 'NWR', the two sequels were aggressively rejected, angering him so much that he vowed not to work in his home country ever again! He returned to America (having briefly lived in New York while growing up) to continue making films.

Trying some of Refn's later work, I didn't enjoy Fear X (2003) though it starts off very well. The surreal elements cheated and diffused the premise (John Turturro investigating the death of his wife) until it meant nothing at all. When reality becomes so remote, it was hard to tell what, if anything, was actually happening to the character. Perhaps I just lost the plot... 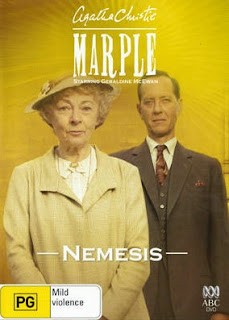 Refn's feature-length British TV episode of, er, Miss Marple, (Nemesis, 2007) stars Geraldine McEwan and Richard E. Grant, but shows absolutely no flourishes that distinguish it from any other TV drama. I'd love to know why he did this! 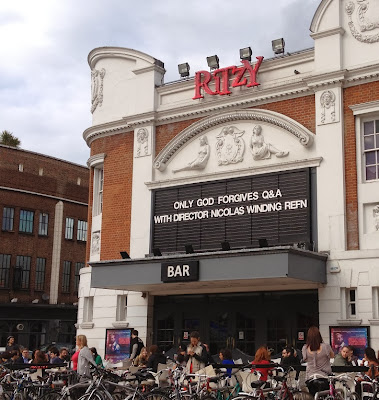 In the meantime, came the chance to see a preview of Only God Forgives with a director Q and A afterwards. There were several such screenings around London in June 2013, before the official UK release. Presumably a strategy to give reviewers a chance to formulate their thoughts and maybe sync with early word-of-mouth (which proved to be polarised). 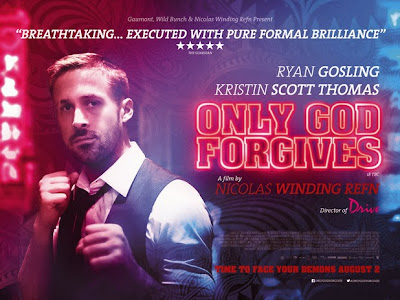 Luckily, I wasn't expecting another Drive, despite it having Ryan Gosling front and centre. And again, with violent revenge is at its core, like so many action films and thrillers. But little about Only God Forgives is predictable. Which I loved. If you want to impress me, show me something new.

Shot entirely in Thailand, it presents Bangkok not from the colourful bustle that tourists enjoy, but the dark backstreets and vivid colours of the underworld at night. For me, it really channels Bangkok. The traditional music, the carved wooden decor, the sound of rain on the streets all accurately and powerfully evoked the city. 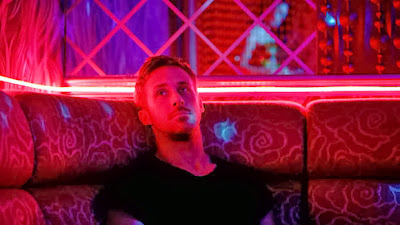 Julian (Ryan Gosling) manages a kickboxing arena as a front to sell drugs. When his brother is killed by a retired cop, it's up to him to get revenge. But Julian is traumatised by obsession and needs motivating by his appalling mother (Kristin Scott Thomas) to uphold family tradition. 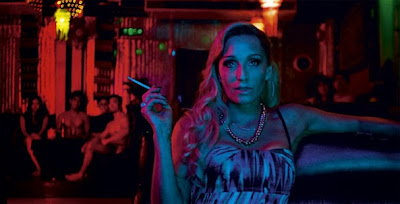 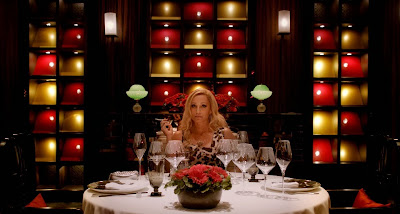 Dialogue is kept to a minimum, but so is movement. Characters move slowly or barely at all, unless they need to. This increases tension as each scene refuses to foreshadow what will happen. You have to watch, because it's quite non-verbal. Any stillness is tense because you never know when it's suddenly going to get nasty. Gosling is even more stone-faced, with even less dialogue than in Drive. The other one to watch carefully is Vithaya Pansringarm, as the karaoke-loving ex-cop. The most memorable character is played by Kristin Scott Thomas, completely out of her safety zone as a terrifying, worst-possible mother. 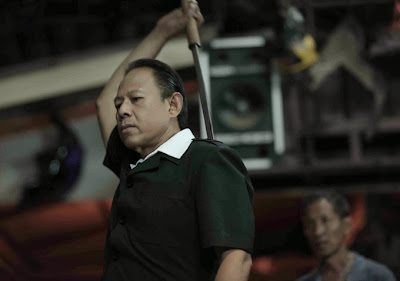 Afterward the screening, Refn said he doesn't want to be predictable and baulked against cashing in with another Drive. Anyone expecting another Drive won't get it here. Only God Forgives was in fact originally planned as the project he'd make before before Drive. Ryan Gosling only starred in it because the original actor dropped out (to do a superhero movie) leaving Refn all prepared for a project without a leading man! While they were doing the promotional tour for Drive, Refn asked Gosling what his next job was, and was surprised to hear that he'd nothing lined up! That's why Gosling is in Only God Forgives!
Talking afterwards, Refn actually spelled out a few subtexts (that I'd completely missed), and it was a shock to hear a director betraying his intentions while we were still so fresh from it. It has much of the atmospheric mystery and obliqueness of the characters are what I also enjoy about David Lynch's best films. But his comments are completely unlike Lynch's policy of leaving viewers to make up their own minds. Maybe Refn should too.

At the end, he mentioned that he was devoting the near future to working on the proposed Barbarella TV series, and news about him has been rather quiet since.

I looked at the possible music influences on the Drive soundtrack here...