A look through the British movie magazines published in 1978. Again this will be spread over two posts because it's so picture-heavy... 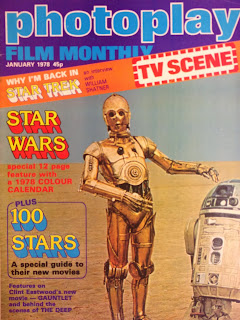 Although this magazine is dated January, it would have been available in the month before. The adverts inside reflect that - Star Wars had actually been released in London on December 27th.

The Deep sneaked into London two weeks before Star Wars, the follow-up to Jaws (based on Peter Benchley's next bestseller ) made considerably fewer ripples, while being a great standalone underwater thriller. Besides the same author, The Deep hinted at connections to Jaws with Robert Shaw again starring and the poster design.

More about The Deep here.


Opening against Star Wars in London, hoping to be an event movie for Christmas, was a fairly grim thriller about the hunt for an extortionist who blows up rollercoasters. A sort-of disaster movie, all the rollercoaster scenes were amped up with the cinema-shaking Sensurround bass-bins. The fact that this is presented in Sensurround is pretty subtle in this advert, not nearly as prominent as it was in the Earthquake adverts, for instance. 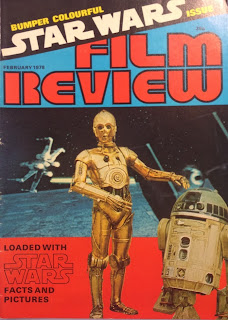 If only Star Wars had been in Sensurround. At least it was in stereo in some cinemas, if their sound systems had been modernised. There weren't many at the time.

These tight colour photos represent how we first glimpsed Star Wars - relatively spoiler-free character shots. There were even these cheap-looking publicity photos of the characters standing against neutral backgrounds...

Some very good films that came out around the time of the first Star Wars are almost forgotten because they were eclipsed. The Deep for one, Clint Eastwood's The Gauntlet is another. Better than most of the Dirty Harry sequels, this is a violent action-thriller with a touch of wry humour and self-parody.

More about The Gauntlet here.

A little more about Rabid here.


Abba - The Movie is basically a concert movie, with a threadbare, thin comedy plot linking the numbers as the band tour Australia. Nice poster though. 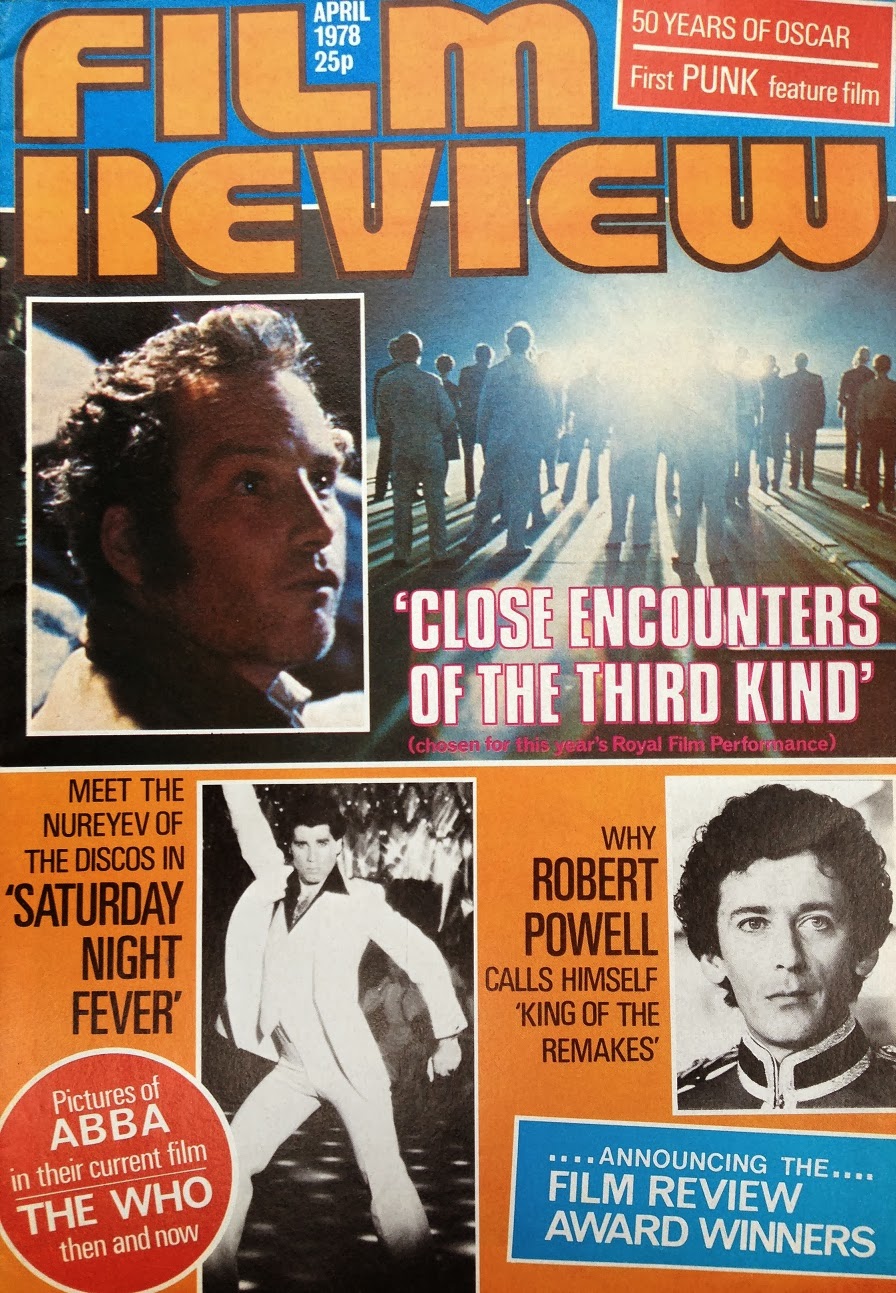 The visual effects and emotional involvement of Spielberg's Close Encounters of the Third Kind was a close match for Star Wars, both films representing a quantum leap in how the impossible could be shown convincingly.

Much more about Close Encounters of the Third Kind here.

This scene from Close Encounters happens at twilight. But it was filmed day-for-night and this publicity shot wasn't. Devil's Tower in the background.

I saw this at the Odeon Leicester Square and the surround sound stereo took us by surprise. The audience were looking around behind them to see where some of the sounds were coming from! 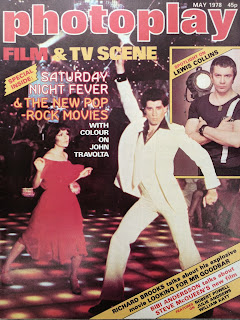 At the height of disco fever in the charts, Saturday Night Fever went down a storm, despite being a sweary, wrong-side-of-the-tracks romantic drama.


The muscle cars and stunt-driving of the original Gone In 60 Seconds looked great but the sound 'system' of our local fleapit couldn't cope with the muddy dialogue mix - I didn't understand a word of what was said!


Audiences weren't quite ready for Derek Jarman's previous feature film, Sebastiane, with its latin dialogue and story of a gay Roman centurion in love with a saint. But tell them there's a punk rock film, and you've got their attention. But again Jubilee is a long way from mainstream. A post-revolutionary Britain where punk attitude had taken over the country. Adam Ant, Jenny Runacre and Ian Charleson (before he starred in Chariots of Fire) add to its continuing allure.


The 1970s Spiderman films were made up out of American TV episodes that we hadn't seen yet. A man in tights who walks up walls was proof that Spiderman should have continued as cartoon for a few more decades.


After being buried at the box office in the US, unfortunately opening just after Star Wars, Sorcerer should have been director William Friedkin's biggest hit yet. With an expensive shoot in South America, I'd compare it to Coppola's Apocalypse Now in terms of the epic scale and runaway budget far from Hollywood's meddling. After it flopped in the U.S., the studio either panicked or just didn't care - in Europe Sorcerer reverted to the name of the source material, Wages of Fear (after the novel and classic French film). The studio also removed nearly half an hour of scenes establishing the backgrounds of the central characters and (I think) altered the ending for the European release. Hence this news item...

Because of the disastrous, original box-office, Sorcerer had been atrociously treated on home video. A pan-and-scan version limped onto DVD and never made it into widescreen. Until now! In April Sorcerer will be available, as the remastered original cut on blu-ray and maybe even in a few cinemas. Been a long time coming.
Tangerine Dream's soundtrack album continued to be sold in the U.K. with the original U.S. title.

More about seeing Sorcerer/Wages of Fear then and now - here.

I fondly remember double-bills of this decade. If one film was rubbish, the other one was often better. But not on this occasion. The Savage Bees was a low-budget The Swarm that started out as a TV movie, but not a good TV movie. I keep expecting The Incredible Melting Man to get better with age (it's now on blu-ray), but it really does deserve its Mystery Science Theatre 3000 drubbing. Rick Baker's icky, slimy special make-up effects are the best things about this, including a startling slow-motion decapitated head going over a waterfall and cracking open on rocks.

Besides creating sophisticated gorilla suits (and performing inside them), Rick Baker's horror film work started in low-budget independents like It's Alive and this The Incredible Melting Man. Articles like this demonstrate how his startling work was getting attention long before American Werewolf In London or even Fangoria. He'd also contributed some of his Halloween masks to flesh out the numbers of aliens in the Cantina scene in Star Wars.