Yesterday's horrors are today's gold dust - Kingdom of the Spiders and The Redeemer were both released on DVD in 2012. At the time they didn't tempt me into the cinema, but low-budget exploitation soon had a second chance at success when home video became hungry for horror.

A sequel to SWEENEY. I thought this was just as violent as the first, but it only scored an 'AA' certificate.


Nichelle Nichols, Leonard Nimoy, William Shatner and Persis Khambatta (with hair) at the press conference that announced Star Trek - The Motion Picture was finally to become a reality - after years of stalled projects.


Jack Jones stars as the pop singer making The Comeback in one of Pete Walker's best horrors.
Publicity photo of Jack Jones with young Pamela Stephenson - she became famous not for her movie roles, but for being one of the Not The Nine O' Clock News team.


The Wild Geese attracted a storm of negative publicity for shooting in South Africa while there was still strict apartheid there, despite the production working hard to have an integrated crew.


"Read the book, then see the film." No thank you, that would spoil it completely...


Tippi Hedren (star of The Birds) trying to prevent a lion from mauling her daughter, Melanie Griffith, during one of many unplanned accidents during the making of Roar! In fact, the production had so much trouble, it didn't get released until 1981.

Much more about Roar! here.


Tim Curry did his best to escape the image of Frank N. Furter (of The Rocky Horror Picture Show) by appearing in an ITV drama series about the life of Shakespeare. 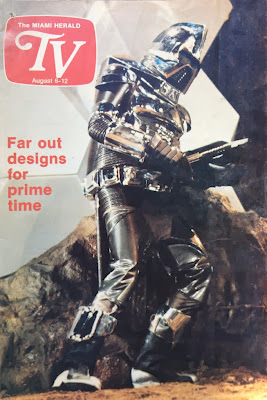 This Miami Herald TV guide was a souvenir from my summer holiday that year. It contained an early preview of the forthcoming Star Wars homage, Battlestar Galactica. 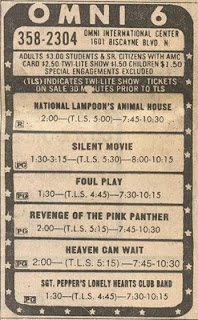 See also this article from 2010 about the eight movies that I caught during that holiday in the US, before any of them had been released in the UK.


Warlords of Atlantis was the fourth and last family adventure from Amicus Productions, better known for their horror films. The miniatures of the undersea monsters were built by Roger Dicken, whose next job would be working on the various incarnations of the Xenomorph in Alien. More about Roger Dicken's creations here.


Full-page portrait of Michael Douglas, back when he was still a co-star. Seen here in a hospital outfit for one of the big thrillers of the year, Coma.


A ten-year anniversary re-issue of Kubrick's 2001: A Space Odyssey looked more like Star Wars opportunism, especially as this poster solely uses a recommendation from George Lucas! I was happy to see it in the cinema again, though playing a Tom & Jerry (in space) cartoon beforehand was a rather confusing.


Flimsy premises for movies are nothing new. Convoy was originally a hit single about a truckers' convoy being chased by the police. Director Sam Peckinpah span that out into his most family-friendly feature. It also confirmed Kris Kristofferson as a star, but he was less charismatic than Burt Reynolds, and Convoy had less substance than Smokey and the Bandit. Looked great though, and my first experience of Peckinpah was rewarded with his trademark machine-gun editing and slow-motion action.

Disaster films ran out of disasters. The result was disastrous. If The Swarm had been played for comedy, it might have survived the critical mauling. A great cast trying their best not to be embarrassed by the scenario of killer bees. A new low for Michael Caine, though Jaws: The Revenge awaited. While I loved Irwin Allen's earlier disaster movies, this looked bad. I later caught it on TV. 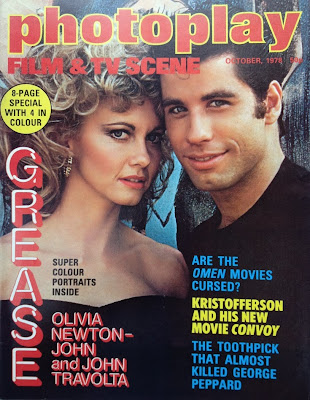 Grease was the word and the movie and the soundtrack of hit songs that dominated the British charts all summer long.


Who's that wearing the Olivia Newton-John mask?


Ian Ogilvy (the star of Witchfinder General) fills Roger Moore's shoes in TV series The Return of the Saint, while Roger was busy being James Bond.


Before Drive, there was Walter Hill's The Driver, which doesn't have the style or the music that backed up Ryan Gosling, but the mythic characters and silent, mysterious, single-minded driver (Ryan O'Neal) was an influence.


Brad Davis, star of Midnight Express, sitting next to the real Billy Hayes (left), the subject of the film and author of the book. Director Alan Parker started a storm with the country of Turkey with his depiction of the people and their prisons. They were right to complain - the stigma of the film remained for decades afterwards. 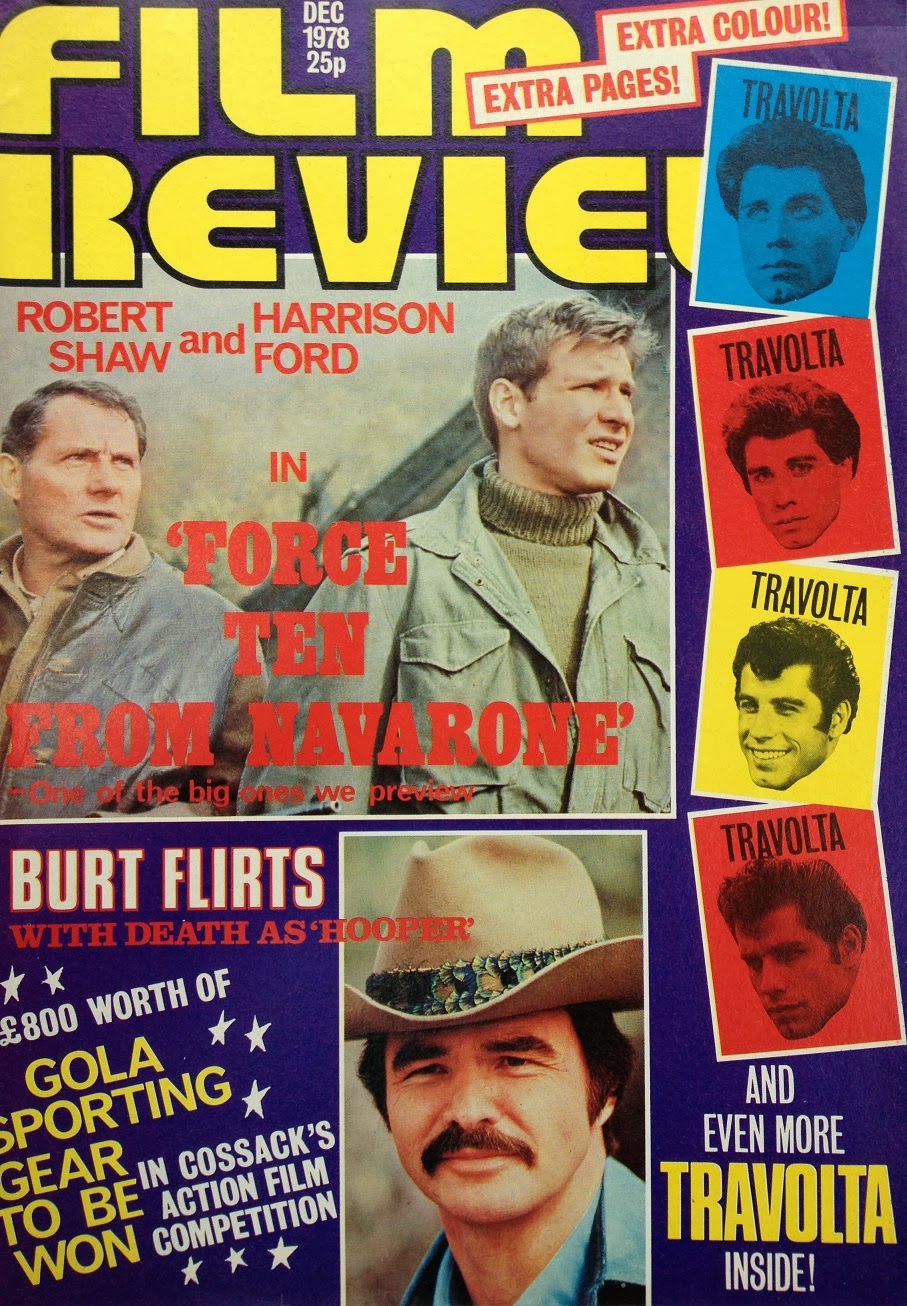 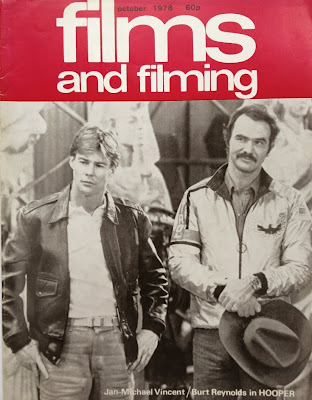 Advance publicity for Hooper, with Jan Michael Vincent (before Airwolf) and Burt Reynolds. Note Burt's silver Watkins jacket, all the rage at the time.
Hooper! The late Hal Needham's ode to the undersung profession of stunt performers. Also great fun, without too much overindulgent comedy that make The Cannonball Run and Smokey and the Bandit sequels date so badly.

Because of the success of The Muppet Show, Frank Oz returned to puppeteering and voicing Miss Piggy for the making of The Muppet Movie - the very first one. The following year he'd be operating and voicing Yoda for The Empire Strikes Back. Then he became a director (Little Shop of Horrors, Dirty Rotten Scoundrels, Bowfinger...). The lesson being, if you want to be a director, stick your hand up a pig.

All these movie magazine Flashbacks are also listed in the sidebar down the right.

Rocky, Carrie, Grizzly and much more from 1977 (part one)

Star Wars vs Sorcerer and much more in 1977 (part two)