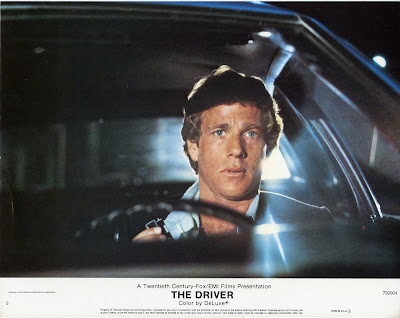 I loved Nicolas Winding Refn's Drive (2011) but am unconcerned how much of it is original or homage (or whatever). It's an exciting, beautifully crafted thriller which I'm already looking forward to seeing again. But in my mind, I can't keep it in total isolation from older films I've seen, and it's fun to explore what Drive echoes. Maybe even compare how different decades have treated similar stories and characters. Many others have already been cited as influences, but these two are leading the pack... 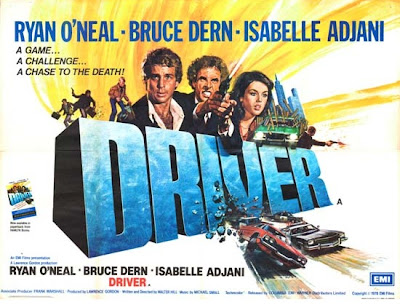 The Driver (Ryan O'Neal) waits for two masked men to rob a casino, then burns rubber to get them away from a squad of police cars. It doesn't go completely smoothly - a witness (Isabelle Adjani) catches a clear look at him and smells money. The Detective (Bruce Dern) can't make the case stick and hatches an elaborate plan to catch The Driver red-handed. 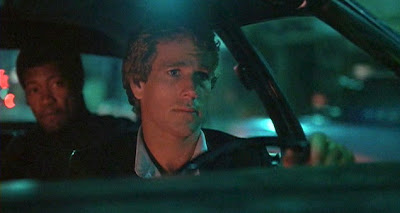 I thought Ryan Gosling's impossibly cool character was a fresh take, until I saw Ryan O'Neal behind the wheel of a car, clean-shaven, sandy-coloured hair, blank expression, a man of few words... O'Neal's character also has strict rules for every job he takes on, can't be taken lightly, and quietly enjoys music. 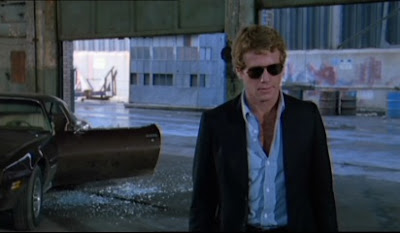 Whereas Drive concentrates on various players in the underworld, The Driver uses a more  traditional cat-and-mouse structure of police trying to crack his case. That isn't to say the story is at all straightforward and full of surprises. Walter Hill (scriptwriter as well as director) adds one of his regular 'strong women' as The Connection (Ronee Blakley of A Nightmare on Elm Street) in this the year before Alien landed (for which Hill was a writer and co-producer). 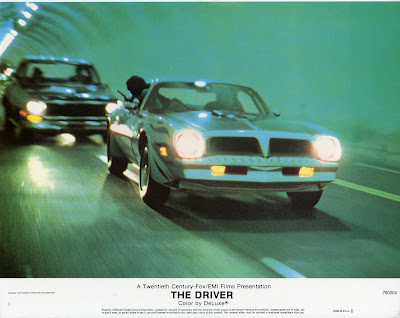 The location is Los Angeles and much of the action takes place at night, though watching this DVD it's hard to judge the quality of the cinematography. The Driver is far less image-conscious than Drive, but adds far more tyre-squealing car chases and police cars. More isn't necessarily better, and some of the action is spoilt by jump-cuts and random continuity. 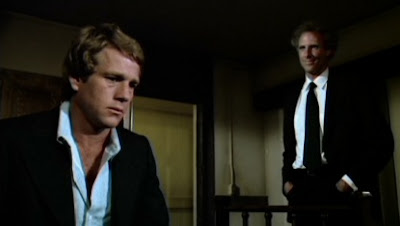 When there isn't action, the pace often flatlines, with not even Bruce Dern bringing it to life. O'Neal is good at playing against type, but his serious stares are only a shade away from his 'slow burn' from What's Up Doc?.Besides style, The Driver also lacks a driving soundtrack. The fun is all in the unravelling story and it's tough attitude. It's a huge contrast to the car chase comedies that were all the rage at the time, like the freewheeling Smokey and the Bandit franchise. 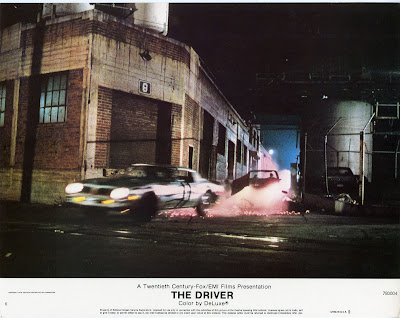 Walter Hill would next direct The Warriors, beginning an impressive winning streak of cult thrillers including Southern Comfort, Streets of Fire and 48 Hours.


Trivia: note how the above UK quad poster refers to the films simply as "Driver". 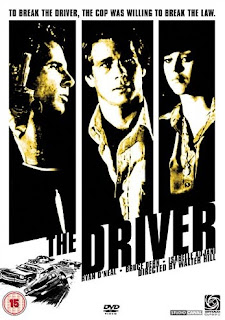 I watched the UK DVD from Optimum. The grainy print and night-time scenes gave the image compression quite a few problems in some scenes. But this is a recent anamorphic-widescreen release and I very much doubt there's a better version out there. 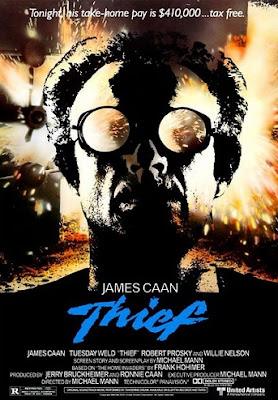 Frank (James Caan) is a specialist in high-tech safe-cracking. His price is high yet he doesn't work for just anyone who can pay. Fiercely independent, he doesn't work as part of any mobs and hasn't even any regular family life. All that's about to change and his next job will be the toughest of his career. 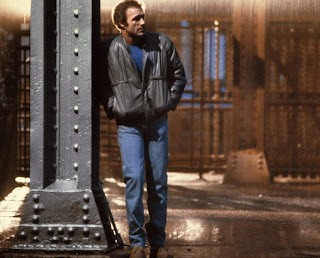 Thief isn't about a driver, and James Caan is far less calm and collected than Ryan Gosling, but the story structure and dilemmas of his character's independence have strong parallels. 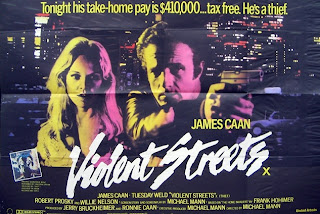 Frank is a professional, one of the best in the business, allowing him to pick and choose his clients even if they can afford his asking price. His goals in life are simple and he'll do absolutely anything to achieve or protect them. 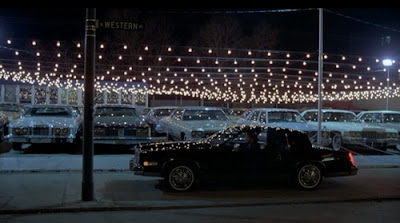 As in Drive, there's a contrasty 'look' and a synth-heavy soundtrack. Night-for-night shooting in Thief accents car headlights and streetlighting, though it all isn't as overly style-conscious as Mann's later 80s thrillers. This works in favour of Thief's realism, a look at how mobsters blend into society and how any safe can be dismantled with the right scientific application... The electronic soundtrack by Tangerine Dream is not what you'd expect from a film that co-stars Willie Nelson. 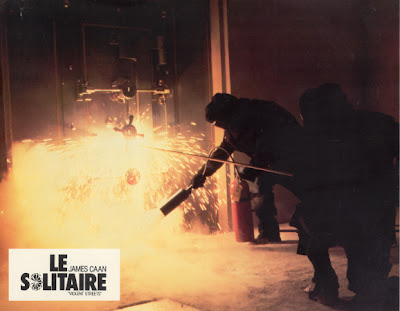 Like The Driver, this an impressive early work from the director, being Michael Mann's first feature. For his next film he "wanted to get away from the streets" and plunged into an effects-laden, supernatural, Nazi horror film... before returning to a life of crime stories.

Trivia-wise, this is also an early production credit for Jerry Bruckheimer. 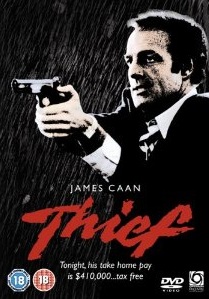 I watched the Optimum DVD from the UK. It's rare to see Michael Mann not shooting in his beloved 2.35 widescreen - this is presented anamorphic 16:9. Optimum are usually the label that releases films that major studios don't think are going to make money any more. Likewise with The Driver. Their loss.


A longer case for the merits of Thief.

My look at the musical influences on Drive's soundtrack.