FANTASTIC VOYAGE (1968) - the animated TV series is now on DVD 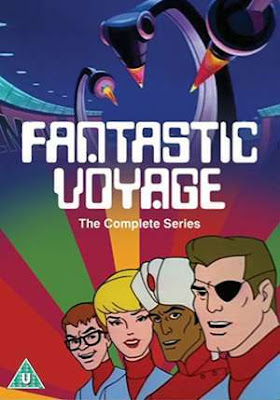 Animated TV spin-offs are nothing new

The 1966 Oscar-winning sci-fi adventure Fantastic Voyage had huge full-scale sets and extensive modelwork portraying a futuristic submarine that's miniaturised for a mercy mission through a human body. The crew swim through veins, get attacked by antibodies, and steer their super-sub through the constricting valves of the heart. For the less scientific in the audience, there's Raquel Welch in a white wetsuit and a saboteur on board...

The plot-device of human miniaturisation was nothing new, even in 1968 (The Devil Doll, Dr Cyclops, The Incredible Shrinking Man), but Otto Clement and Jerome Bixby's story had realistic biological detail, and an unusual race against time. It also looked unique. I love the point-of-view shot of them hurtling down the inside of a hypodermic needle! 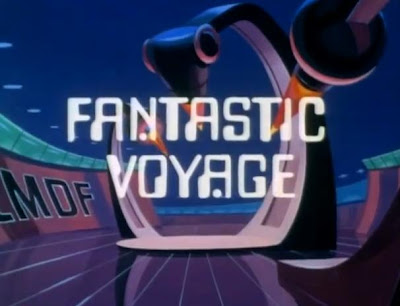 Two years later this span off as an animated series on TV, the same year as Irwin Allen's fairly similar Land of the Giants. However I don't remember seeing the animated Fantastic Voyage on British TV until the early 1970s.

While the applications of a Miniaturised Defence Force seem limited, the series had far more fantastical, less scientific storylines. Each episode the team investigates natural disasters which often turn out to be aliens, enemy spies or hostile governments. 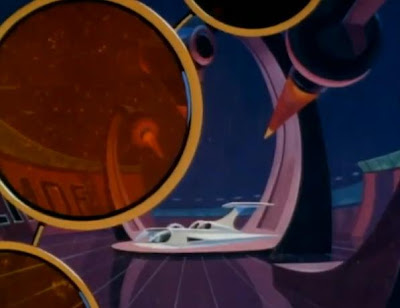 One episode is very reminiscent of the Family Guy episode where Stewie duels with his evil self in miniaturised vehicles inside a human body.

The characters are also very different from the movie, introducing the very mystical Spock-like 'Guru', who uses magic more than the commander uses weaponry. The design of the sub was drastically overhauled so that it could now fly. A model kit of 'Voyager' was re-released in 2008. 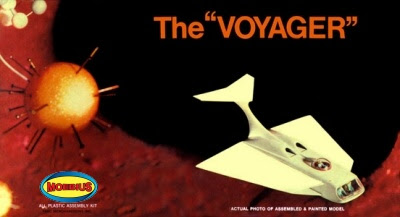 The limited animation budget of all Filmation series was synonymous with numerous close-ups of motionless characters barely moving their lips. There'd be repeated shots and moving elements reused over different backgrounds. The music, the voice artists and the sound effects are either similar or identical! 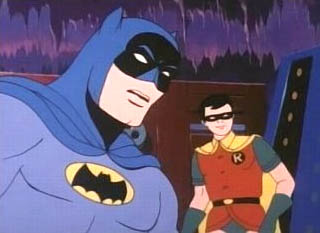 The same company also produced the animated spin-off of Adam West's Batman (also 1968, when the live-action series became too costly to continue) and the animated Star Trek (in 1973). But their cost-cutting formula for producing weekly episodes ruled children's TV for many years with dozens of series.

What makes Fantastic Voyage enjoyable for me is the over-the-top soundtrack. It sounds much more exciting than it looks. The constant, uptempo music really holds the attention, right from the catchy (and loud) theme tune with the booming voiceover.

Added to this is extensive use of alternating red and blue flashing backgrounds in the titles and transformations, which is positively hypnotic. Precisely the same effect got a Pokemon episode into big trouble thirty years later for sparking epileptic seizures in hundreds of Japanese children. Personally, I enjoy the visual hit. This alarming but simple animation technique is also used in Filmation's Batman title sequence.

Noisy, fast-moving, patronisingly sexist, psychedelic and nostalgic, the whole Fantastic Voyage series is out in a 3-DVD set in the UK, PAL, region 2. It looks and sounds as good as new.