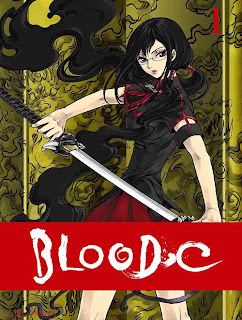 You want monsters and bloody mayhem?


A twelve-part anime series continues the saga of Saya, the vampire slayer, first seen in the extraordinary short film, Blood The Last Vampire (2000), set during WWII.

Animation house Production I.G eventually followed it up with an epic fifty-part anime series Blood+ in 2005. Then there was a disappointing 2009 live-action adaption of the original short, made in Hong Kong. But with Production I.G again on the case, I was keen for more... 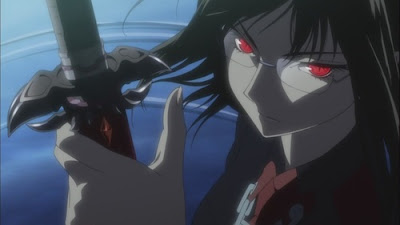 Here, Saya is a girl leading a normal school-life by day, but fighting demons by night. Her father, a priest, has prepared her for daily battles against a ghastly evil that manifests itself as a series of incredible strong and vicious creatures. Young Saya appears to have superhuman strength and amazing sword skills, but still struggles to protect the innocents that the blood-thirsty monsters prey on. As the attacks increase, Saya punishes herself because she can't even protect those she loves... 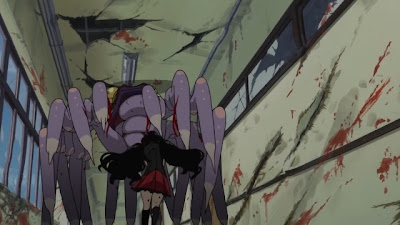 Blood-C cleverly doesn't immediately reveal its links with the previous stories. Another spin is that the monsters aren't huge vampire bat demons any more. Instead there are an outrageously inventive menagerie of loathsome creatures, each with their own ghastly methods of attack. 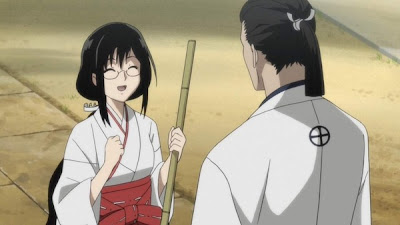 The early episodes waste time with her bizarrely traditional and cute school life, with a cast of familiar characters. At school, Saya is indecisive, shy and accident-prone. A very uninteresting alter-ego compared to similar heroines of Buffy The Vampire Slayer and Bleach. It's also mind-boggling how monolithically female anime characters are portrayed. Saya is a young schoolgirl, yet she has unfeasibly large breasts and is shown almost completely naked in the title sequence.

The nudity and bloody mayhem seem to demonstrate that the producers stepped up to new extremes, at odds with the simple set-up and childish humour. The amount of blood and gore is so excessive that TV stations have fogged out sections in a large number of scenes. 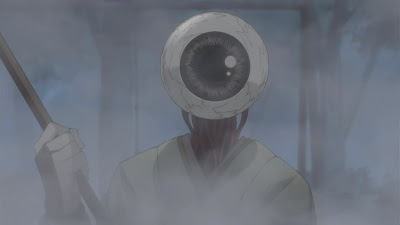 Thankfully, the story gets more serious and complex past the first few episodes and the creative blood-letting and imaginative monsters warrant seeing it through to the bloody end. 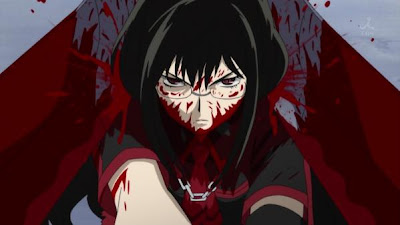 The dynamic animation and artistic layouts are up to Production I.G's usual high standards. Like previous series, the music is lush and orchestral. 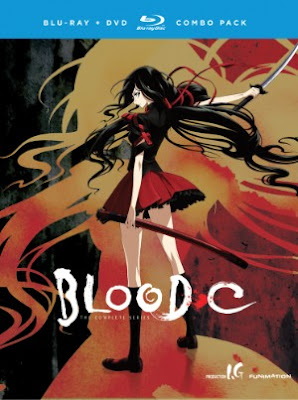 The entire series of Blood-C is now available on DVD and blu-ray in the UK, and as a combo blu-ray and DVD boxset in the US. 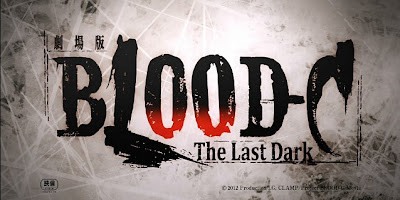 An animated movie has spun off the series and is just about to hit Japanese cinemas in June, Blood-C: the Last Dark. 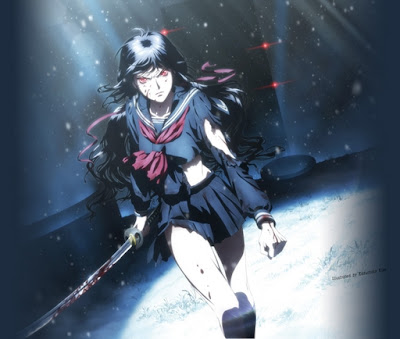