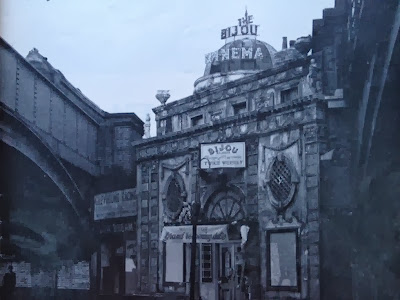 Rewatching this comedy that used to frequently run on British TV, it resonated rather loudly. Now that we're in danger of losing film as a projection medium, not to mention the gradual decline of cinema audiences.

The story is set when old converted cinemas were being wiped out by new purpose-built chains. It gives us an interesting flashback to the small rundown music-halls that converted from stage to screen at the start of the century. When the cramped stage would be blocked by an academy ratio screen. Live comedians were replaced with silent ones from Hollywood, accompanied by a member of the cinema staff on piano. When talkies came along in the early 1930s, a primitive sound system would have been added. I guess they'd have survived until the 1950s as long as movies stayed in the 1:1.37 or 1:1.66 aspect ratio. 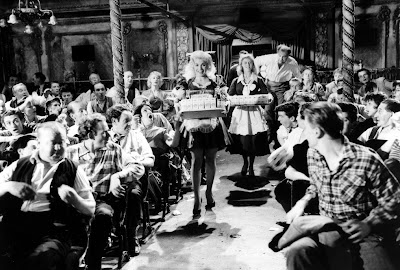 The ramshackle cinema in the story is up against the giant widescreen threat of a cinema chain, itself upgrading to combat the new competitor, television. What's worse is that since 'The Bijou' of the story was built, a railway now runs directly past it, drowning out the sound of the movie. This reminds me of one of my own local cinemas - also an old converted music hall, with flat floors (not ramped towards the screen) and sat next to both a railway line and the local bus station!

The scene where a passing train makes the whole building shake, projector and all, during a performance is memorably the funniest scene. 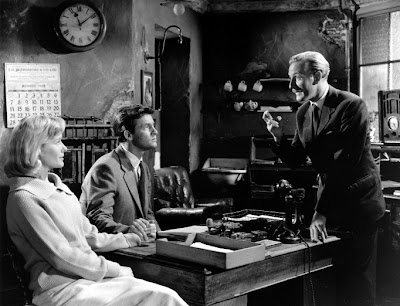 A newly-wed couple, depending on the fortunes of a struggling writer, inherit a cinema in the Midlands. Arriving in town to visit the solicitor, they cruise by the only cinema in town, a massive new Odeon makes them think they've hit the jackpot. But on meeting his uncle's lawyer, Matt learns that the cinema he actually owns has closed down, with the staff wondering what's to become of them. Should he give up, fire them all, cash in what little it's worth and go home? 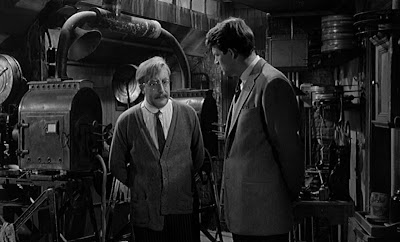 This is a light comedy that could easily be remade now along the lines of We Bought A Zoo. I encountered this decades before Cinema Paradiso and it 'works' for me much better. Ironically the threat of new over old is seen as TV and a competitor who wants a monopoly over the town, but it still resonates with today's threats of digital over film, home cinema over cinema. One particularly touching moment shows how the staff remember the heyday of silent movies.

Besides the longevity of the subject matter, the cast is very special, most of them on the verge of international fame! The film is now sold on Peter Sellers, but this is an early, fairly small role for him, his first movie since The Ladykillers. This was an early version of a long line of  'old man' characters he's play, usually in an exaggerated form. Sadly, he plays a character older than the age he managed to reach himself.

Margaret Rutherford was slipping back into character parts away from earlier starring roles (like The Happiest Days of Your Life), but only a few years away from fame as the first big screen Miss Marple, in the popular series of four films. While she usually plays similar characters, she's always good in pathos and comedy. 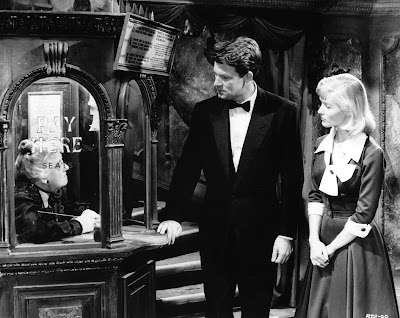 As the young couple, Bill Travers and Virginia McKenna both already had their own movie careers, but married during this year, 1957. They went on to star together in the smash hits Born Free and Ring of Bright Water. McKenna is also known for her stoic war survivors (Carve Her Name With Pride), though here she's a carefree soul with a penchant for awful puns. Horror fans might have seen her brief but memorable role in Holocaust 2000 (1977). Bill Travers you'll know as the grumpy co-star of the awesome British monster movie Gorgo (1961).

Rounding out the cast are more familiar comedy faces, like Leslie Phillips in a fairly straight role, considering he later played posh ladies' men and lecherous doctors. Bernard Miles as 'Old Tom' gives a humble but touching performance, another in his long career in classic movies. 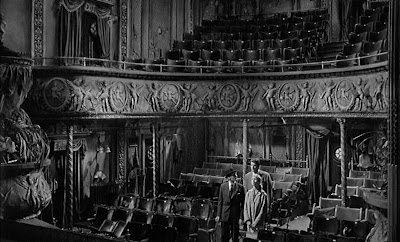 Director Basil Dearden was one of the directors of ghost stories Dead of Night (1945) and The Halfway House (1944), at the start of a long resume including The League of Gentlemen (1960), Victim (1961) and Khartoum 1966). Director of Photography, Douglas Slocombe, was a veteran of Ealing comedies, but would eventually shoot the original Rollerball and the Raiders of the Lost Ark trilogy! 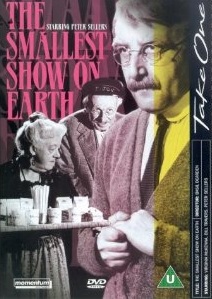 This Launder & Gilliat comedy is out of print on DVD in the UK, though it was available as a single disc and in a boxset, one of the many called 'The Peter Sellers Collection' (below).

The US also have it in their equivalent 'Peter Sellers Collection' (reviewed here on DVD Beaver), pictured below. 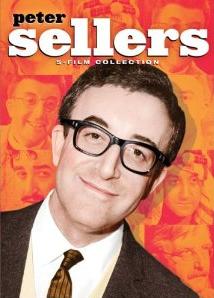 Most of the above publicity photos are courtesy of Dusashenka and his wonderful Flickr account and are used here with his permission.