I'm no expert on movie posters so I can't say for definite which countries had each poster campaign. But I've tried to show the main types of original poster art, without showing every minor variation in layout. Many of these have since been reproduced as postcards and posters, though many of the originals can be found on eBay and specialist sites. 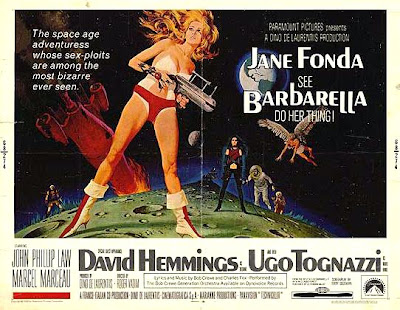 This beautiful artwork was used across Europe and America. The artist is Robert McGinnis, whose most famous posters were for several James Bond movies from Sean Connery's era, as well as Live and Let Die and The Man with the Golden Gun (thanks to IMP for that info). The long, wide version (at top) was a spectacular 20 feet wide! 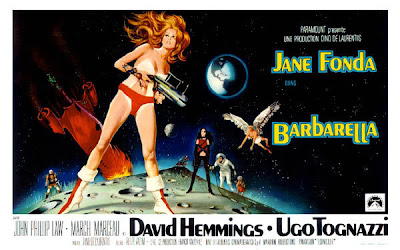 One character isn't recognisable from the film (the one in the spacesuit, centre right), so I'm guessing this was produced for advanced publicity. Note that Durand-Durand's ship is the one shown crashing, rather than Barbarella's. 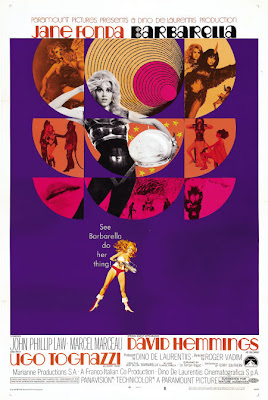 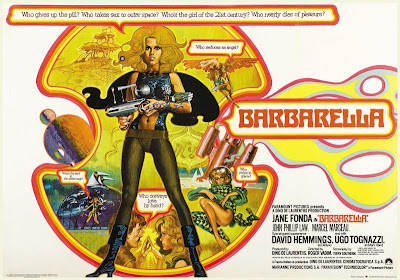 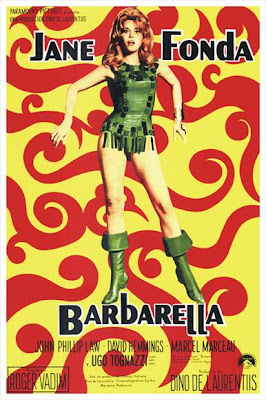 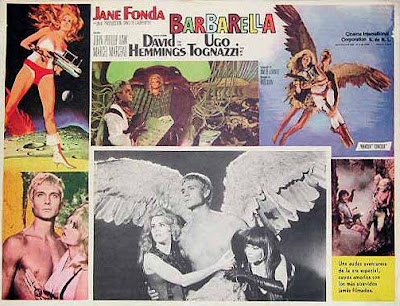 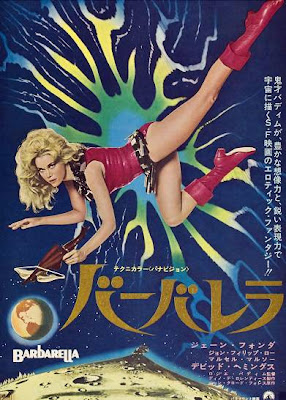 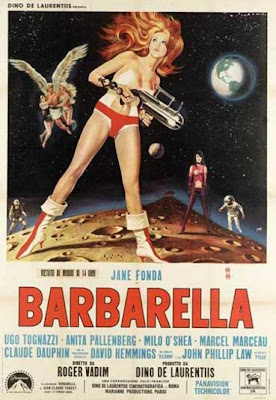 A couple of Italian variations on the McGinnis artwork. 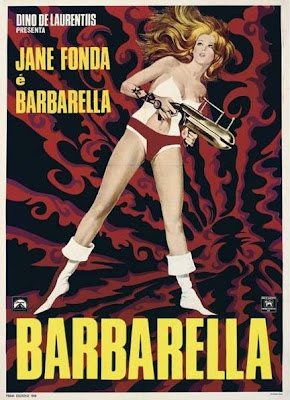 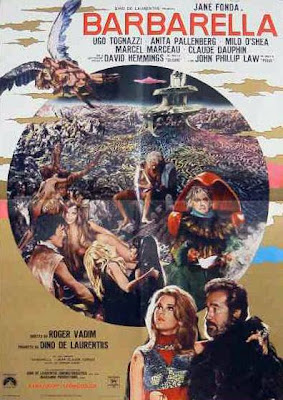 Italy also has their own style of collage posters, called fotobustas, of which many variations are produced for each film. These are the ones I know of... 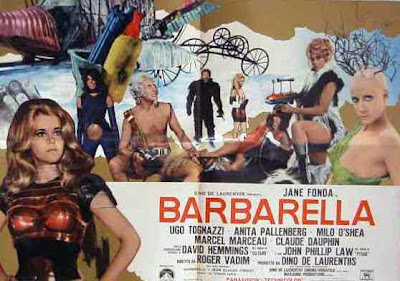 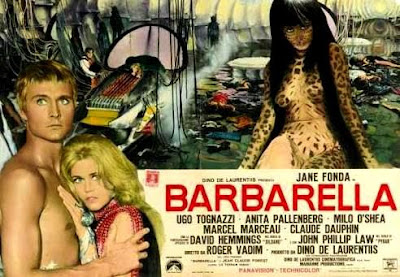 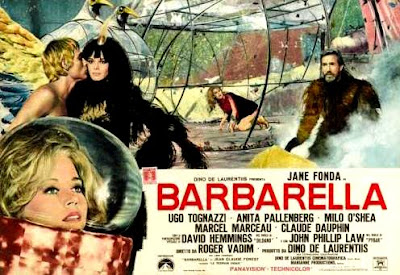 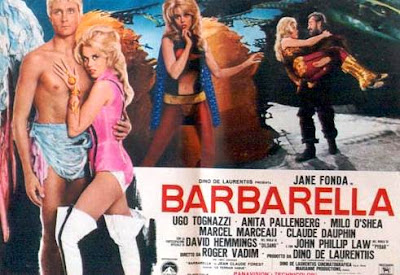 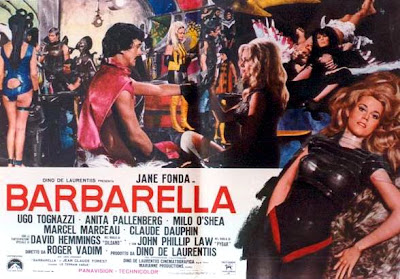 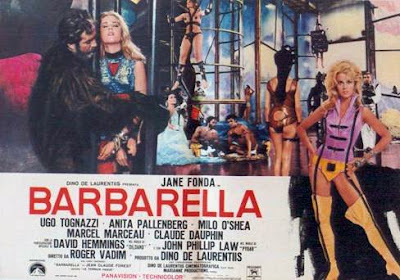 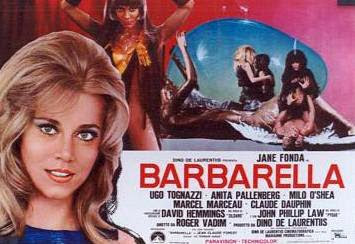 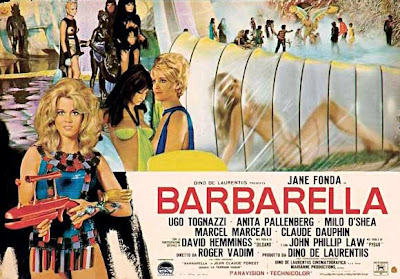 As you can see, many of the costumes are the wrong colours and the fleshtones look strange, probably because they're black and white photos that have been coloured in. 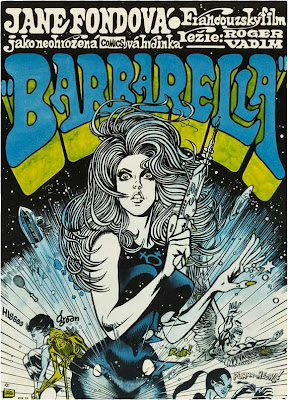 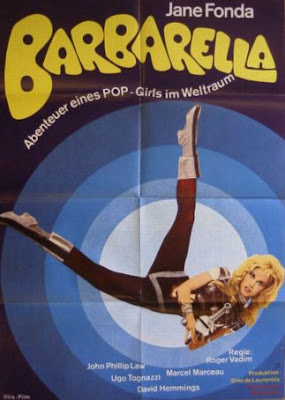 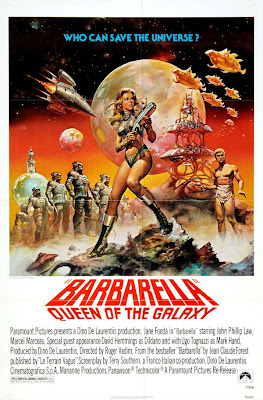 Cult fantasy artist Boris Vallejo painted this artwork for the 1977 re-release that followed the space madness of Star Wars. Note that Pygar is wingless. This has become familiar as the art on all home video releases - on VHS, laserdisc and DVD. Note also the new, longer title (which never appeared onscreen). 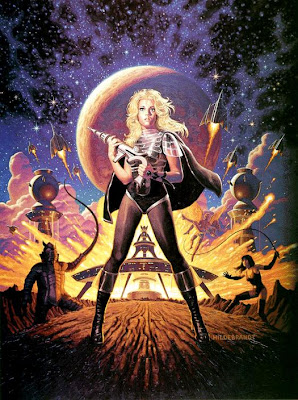 Lastly there's this spectacular art by the Hildebrandt Brothers, famous for a classic early Star Wars poster, for a 1979 re-release. Seems like a lot of re-releases, but I guess it's because there was no home video yet.

Don't miss out on any previous chapters of The Ultimate Guide to Barbarella:

Part 2: the movie's Cast and Characters

Part 4: Missing scenes from the movie