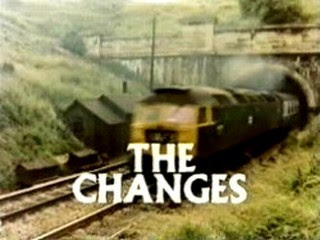 The image of a caravan in a quarry haunted me for nearly forty years!

I remember catching some of this children's TV series on one of its original showings. As a young teenager, I was open to the Day of the Triffids premise, where the whole country goes into a blind rage and destroys any and all advanced technology. To a young mind the first episode, where society completely breaks down, wasn't frightening but rather an interesting story.

It starts with everyone in a small town suddenly turning against all their electrical devices and petrol-driven vehicles, completely destroying them. When nothing is left, people start calming down but then want to flee the country because of the chaos and threat of disease. In the confusion, schoolgirl Nicky gets separated from her parents as they leave to head for the coast. Her father is more concerned about looking after her heavily pregnant mother. (All this happens in episode one!) 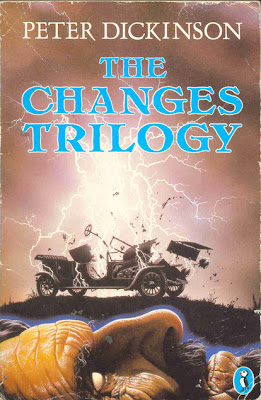 On her own, Nicky tries to catch up to her parents through the relatively deserted countryside, where the remaining population are already forming into superstitious, paranoid clans. She first joins up with a band of Sikhs, before running into a village full of racists, then a community of witchfinders, before finally stumbling onto the cause of all the changes...

What I didn't realise was this was in fact based on a trilogy of children's books by Peter Dickinson. The timeline of the story has been radically standardised, but many elements, like the boat Heartsease, are represented in the TV series. 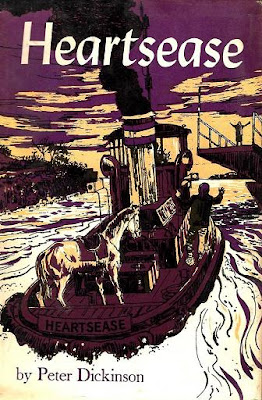 Watching it all again, it's admirable that such a harsh apocalypse should be unleashed on children's television. The Tripods (1984), which had a more fantastical alien invasion, was shown in a Saturday Doctor Who slot when the whole family would be around for comfort. But The Changes went out midweek in the children's hour before The Six O'Clock News. But the series itself is about giving young people more credit for their intelligence and self-sufficiency, especially in a state of emergency.

It could be also be a radical way of comforting and preparing children for the unthinkable. The Changes bears comparison to the BBC adult drama, Survivors, which began a long successful run the same year. Almost seems like the BBC were preparing us all for self-sufficiency with dramas, and with the comedy The Good Life, to reassure us that if the nuclear bombs dropped, we'd still be alright if we knew how to live off the land! 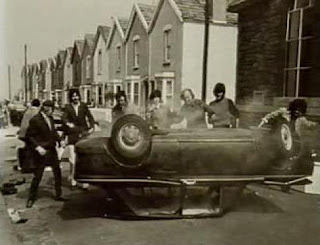 The series of course suffers from having a children's TV budget, where the logistics of getting everything filmed probably took precedent over consistent acting performances. It often feels very 'padded out' with travelling shots and sometimes feels like the story is going nowhere.

To its advantage, unlike many BBC programmes of the time, the series was all shot on film on location, with no distracting studio interiors and lighting to break up the look. 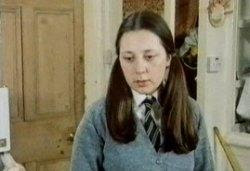 Nicky is ably played by Victoria Williams, who has to do most of her own little stunts as well. Among the few familiar faces are Jack Watson (From Beyond The Grave, Tower of Evil) as a witchfinder's deputy, and the recently departed Bernard Horsfall (On Her Majesty's Secret Service) as Nicky's father. 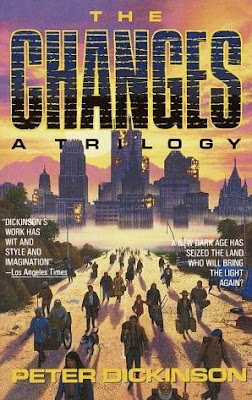 According to Wikipedia, the series was repeated only once on the BBC, in 1976, and again on UK Gold in 1994. It's never been released on home video, which seems strange considering the lasting memories it imprinted on many who caught it, not to mention its value for teaching, retrospective and social study.

I've only managed to revisit this because it briefly and recently reappeared on YouTube. I can only hope that someone like Network DVD pick it up for a release.

Email ThisBlogThis!Share to TwitterShare to FacebookShare to Pinterest
Labels: NOT ON DVD, sci-fi, TV