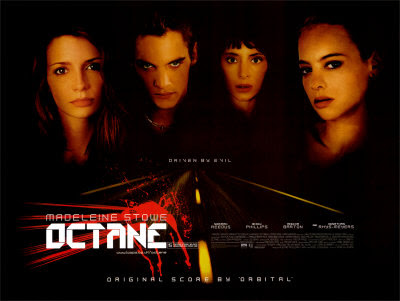 A rain-drenched motorway, an upturned car, an ambulance nearby. But when the paramedics check out the two crash victims, they gag the survivor and take him away before the police arrive...

Senga (Madeleine Stowe) drives past another similar crash. The same ambulance is there. She's taking her teenage daughter (Mischa Barton) home, though it's tough for them to even share a car. They disagree on music, piercings, life... When Mom nearly crashes, trying to avoid a baby in the road, they take a rest stop to argue in comfort. 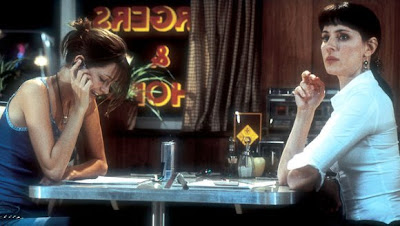 Strangers in the diner, a young hitchhiker (Bijou Phillips) they pick up, everyone they meet... all are a little weird. And like the crash victim, some of them suddenly disappear into the night. Is Mom paranoid? Are her meds too strong? Is she seeing the same vehicles at every diner? Who will disappear next?

First saw this ten years ago and it's stayed with me. It's not a must-see but it's certainly got something. The premise is full of possibilities that make you work hard to work out what's going on. But your imagination might well trump what happens here. But full marks for a huge dose of intrigue and suspense generated by the an unwelcome, unfamiliar road trip, travelling through darkness. 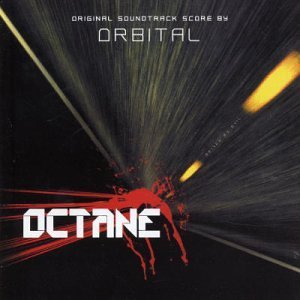 The soundtrack by Orbital helps the film 100 percent. Good to hear them used for the Pusher remake. (I still haven't dared see that, having been so impressed with the original movie - Nicolas Winding Refn's debut). Here, Orbital perfectly complements Octane, and vice versa.

Madeleine Stowe (Twelve Monkeys) carries the film, balancing on the edge of being a fairly unlikeable character. 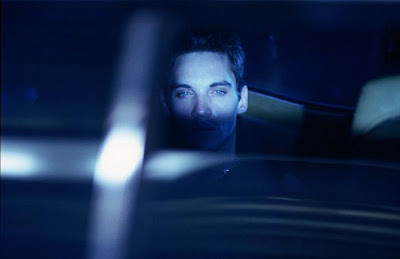 Jonathan Rhys-Meyers (Shelter, The Tudors) is supposed to be strong and sexy, which he normally does very well, but here he looks pretty ordinary, and not as turned on as many of the minor characters, like the truck driver, the daughter, the hitcher, the punk, or even the car mechanic (Norman Reedus).

It's fun to see that Reedus hasn't changed over the past ten years, with the same facial hair and haircut as his cult character, Daryl, in The Walking Dead. Most of the rest of the cast of this European production succeed at sounding American, but Rhys-Meyers hasn't at this point. The diner chain (cheekily called Benny's) looks authentic, but the cars, police uniforms and road signs all scream of Europe. Which maybe helps further the feeling of disorientation. 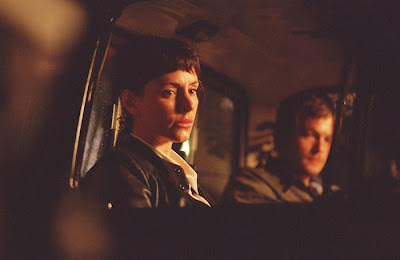 The paranoia, the increasing nightmare, and Stowe's face are all a little scary. The story starts well, builds well, but then drops a gear by losing the gloriously dark, rain-drenched atmosphere. But there are enough sleazy, druggy, bloody moments to compensate. 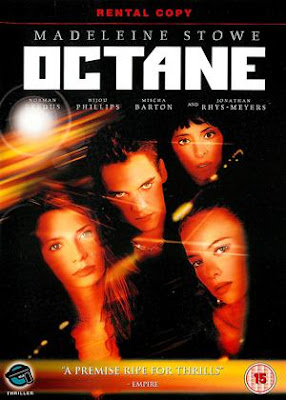 Some of the DVD cover art online show this as a PG certificate, but it's definitely a 15. 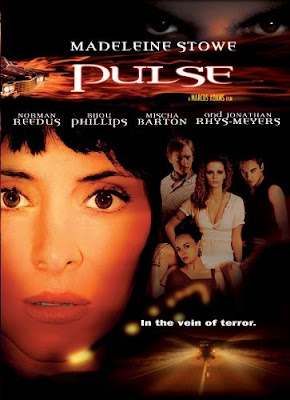 In the USA, this was retitled Pulse, which sort of makes sense to the story, but confuses it with half a dozen other recent horror films. 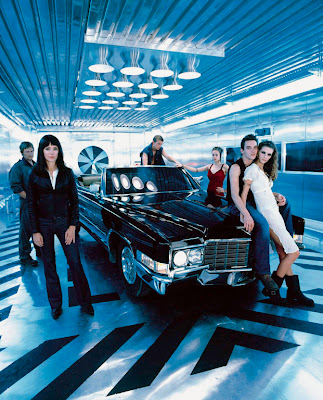