My selection of movie magazine pages from 1980 is much shorter than 1979's. I was seeing just as many films, at the University film society (three different films a week) and the local BFI cinema, the newly-opened Cinema City.

But I was buying fewer Film Review and Photoplay magazines that make up the bulk of these flashback articles. The photo layouts had become overlapped wonky collages, with the subjects cut out and removed from the backgrounds. Added to that, the photographic reproduction was notably poorer, fainter. I was also far less dependent on them for their tricklefeed of movie news and images.

There were now far more movie magazines available than the ones sold in cinemas, but most of them I daren't reproduce here because they are ongoing organisations - like Omni, Fangoria, Starburst and Starlog. Though, for reasons I don't fully understand, most back issues of Starlog have recently appeared online to view, legally, here.

In an article about actors-turned-directors, here's a shot of Burt Reynolds in charge of Gator, the sequel to White Lightning. His very tall co-star, William Engesser, is just behind him. 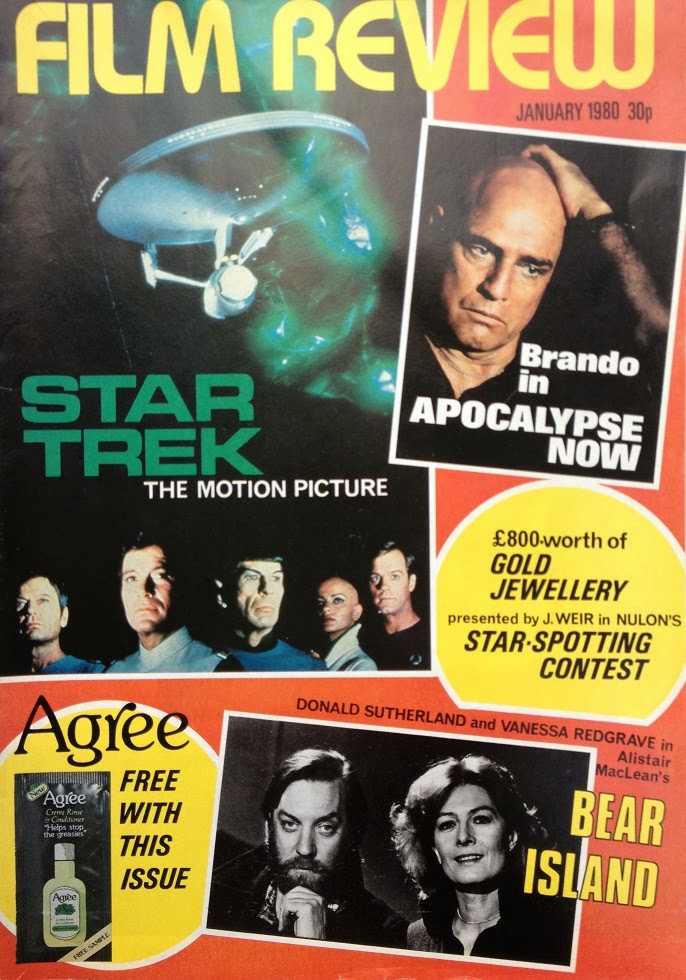 Two current genres offered blockbusters to start the year. The ultimate Vietnam movie Apocalypse Now, and sci-fi adventure Star Trek - The Motion Picture.
﻿﻿﻿
I saw Apocalypse Now at the ABC 2, Shaftesbury Avenue and was startled by the use of multi-channel Dolby Stereo - that sounded like helicopters were actually flying overhead. The end of the film simply faded to black and the end credits were handed to the audience as they left cinema, as a booklet. This is one of several endings that the film has had.

Meteor proved that Irwin Allen wasn't the only one struggling with disaster movies. Despite a great cast (including Sean Connery and Natalie Wood) and a potentially interesting premise (basically the same as Armageddon), the climax is a long slow launch of hundreds of missiles. 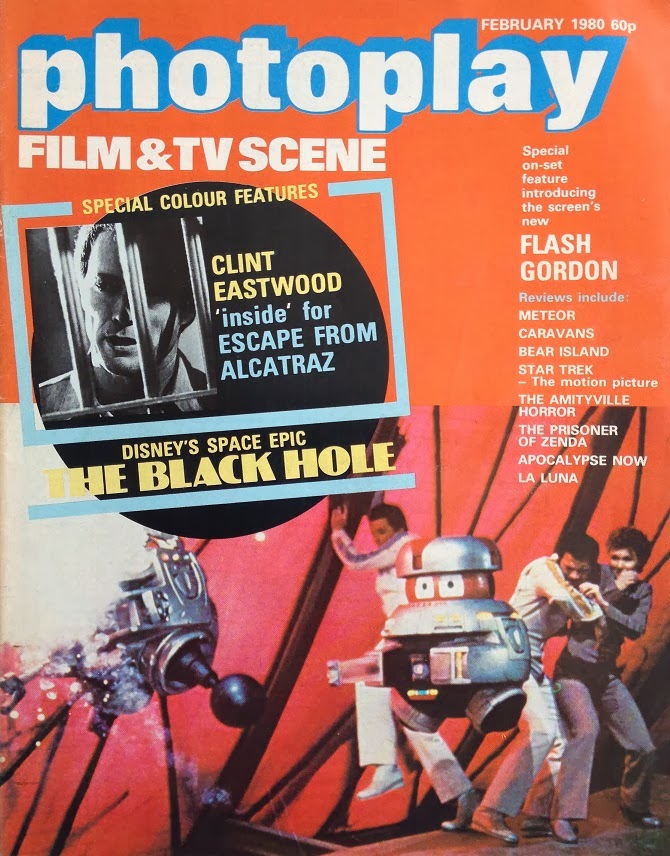 Disney's outer space adventure The Black Hole opened in London the same week as Star Trek - The Motion Picture. Both studios had barely enough time to cash in on the success of Star Wars before The Empire Strikes Back arrived!

Much more about The Black Hole here.

Unlike Star Wars, The Empire Strikes Back only opened in one West End cinema - the Odeon. 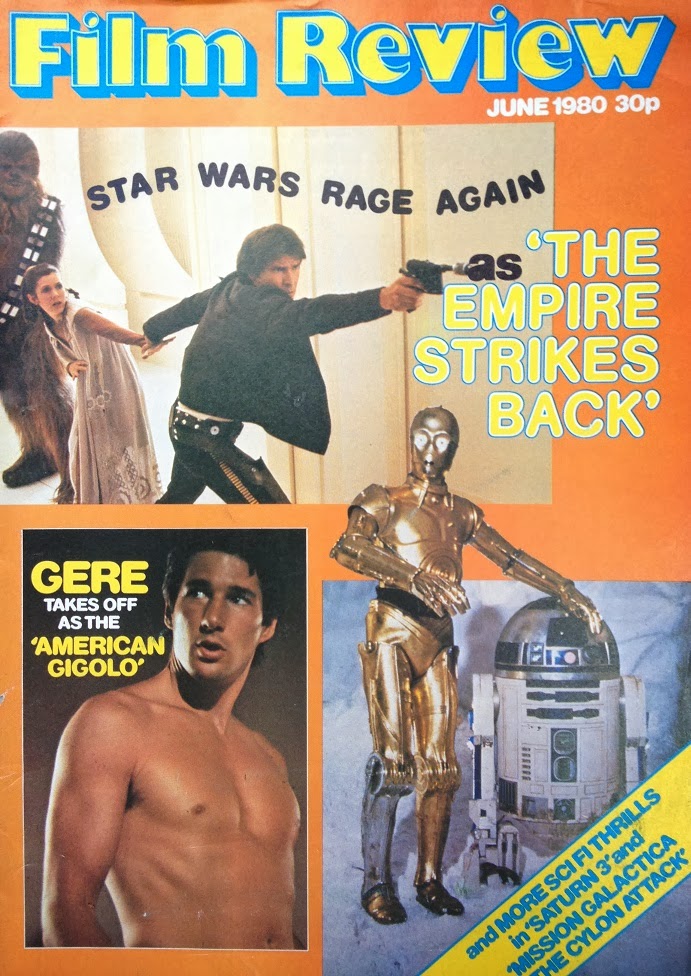 ﻿﻿
Opening the same week as The Empire Strikes Back (!!!) the second Battlestar Galactica movie, The Cylon Attack, was again bumped up from American TV. Just like the first film, it was shown at the Empire, Leicester Square in Sensurround sound. 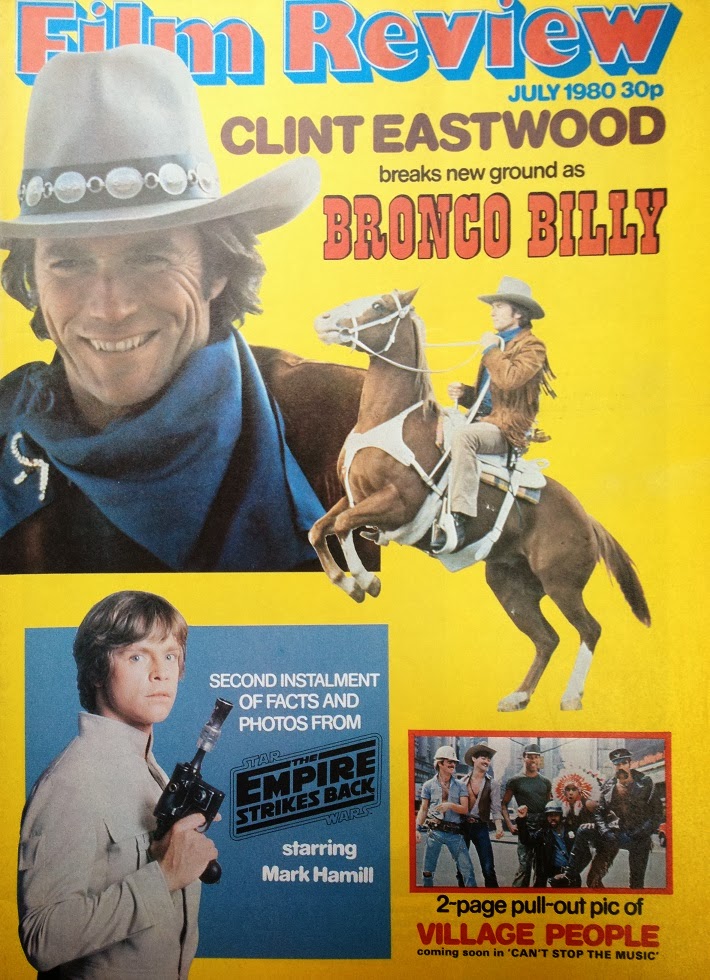 Interesting photo comparison of Roy Scheider playing Bob Fosse's alter-ego, and the man himself directing All That Jazz. I'm not big on dance movies but this is superbly made. A revealing and honest look behind the scenes of Broadway musicals with many immaculate dance routines, also choreographed by Fosse.


Director Alan Parker refused to be categorised, following up the successes of Bugsy Malone and Midnight Express with his first American film, Fame - a huge hit that also span off a hit TV series. Hollywood felt briefly threatened (for a few minutes) that they were about to be swamped by British directors (like Ridley Scott and Hugh Hudson...).


The Final Countdown was sold like a 'Bermuda triangle' sci-fi mystery on the scale of Close Encounters of the Third Kind. What we got was a B-movie adventure with a big cast (Martin Sheen and Kirk Douglas) that looked like a million dollars because of the spectacular use of an actual US Navy aircraft carrier. It's no Close Encounters but still an enjoyable watch because of the cast, the score and the king of Troma, Lloyd Kaufman, both acting and producing!


While disco had been proclaimed dead (news reports of vinyl being burned in football fields, and an elaborate joke at the end of Airplane!) Can't Stop The Music presented itself as a musical comedy, the comedy notably missing. However, this caption in Film Review is funny...

How about this for a double-bill?


My first taste of John Carpenter's The Fog. Spoilt a little by a weak comedy caper as the support film. Note that the censors thought that The Fog uncut was okay for 14-year olds despite the director improving the graphic scares with boathooks.


After The Deep failed to cause a ripple, The Island was another attempt at adapting a Peter Benchley novel. Michael Caine stars, years before his Jaws sequel.


I've not got every cinema magazine from these years, but it was strange that I didn't find any mention of John Carpenter's Halloween. Other, lesser-known slashers had full page treatment though. He Knows You're Alone briefly includes Tom Hanks' screen debut!