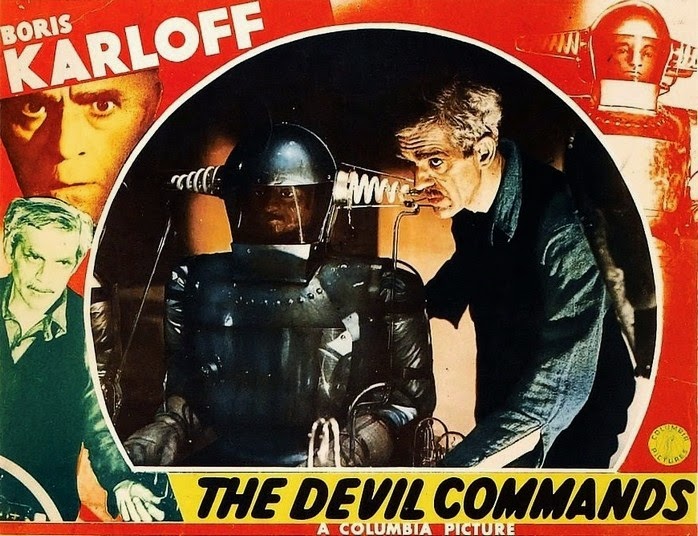 In many, many of his horror movies, Boris Karloff plays a scientist who begins the story with the best of intentions. And then things go very wrong. The Devil Commands is unusual because for once he isn't a mad surgeon pioneering monkey brain transplants or reanimating corpses. Though it does deal with life after death, delivering similar chills as Vincent Price's Monsieur Valdemar in Tales of Terror (1962)... 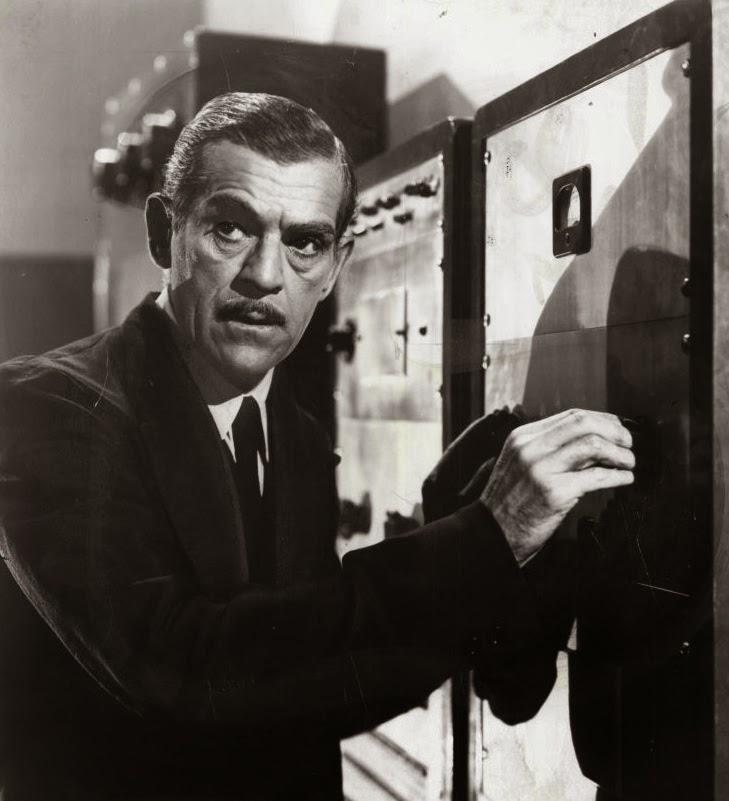 The huge rise in the interest in spiritualism, communicating with the recently departed using seances and mediums, was understandably boosted by the first World War. This was filmed during the second, and mixes in fresh elements from the early days of science fiction pulp novels. Instead of using the mystical forces of crystal balls and Ouija boards, here the method is scientific, involving headgear that screams 'science from the future! 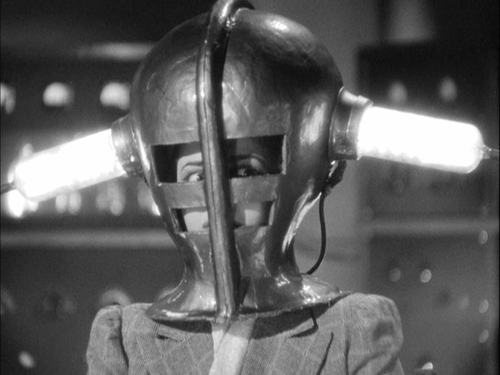 But this early sci-fi is also definitely horror, not just because of Karloff, but because of his character's methods... While I was familiar with publicity photos from the film, I was pleasantly shocked to discover the macabre story behind them - a uniquely weird tale, an early echo of Stuart Gordon's From Beyond (1986). 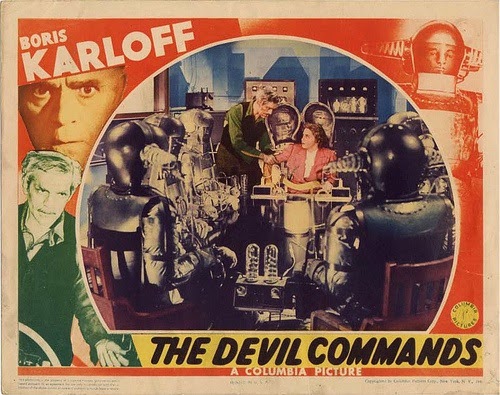 I first remember seeing this among a season of early Karloff horror films on late night TV. The 'mad doctor' ones have co-mingled in my memory and only this and The Man They Could Not Hang stood out at all clearly. Both containing plot elements I'd admired in much later films.

It's not just the story that helped it stand out, director Edward Dmytryk would soon claw his way out of B-movies onto the A-list, with the cherished film noir Farewell My Lovely, an Oscar  nomination for Crossfire and soon after the powerful navy drama The Caine Mutiny. 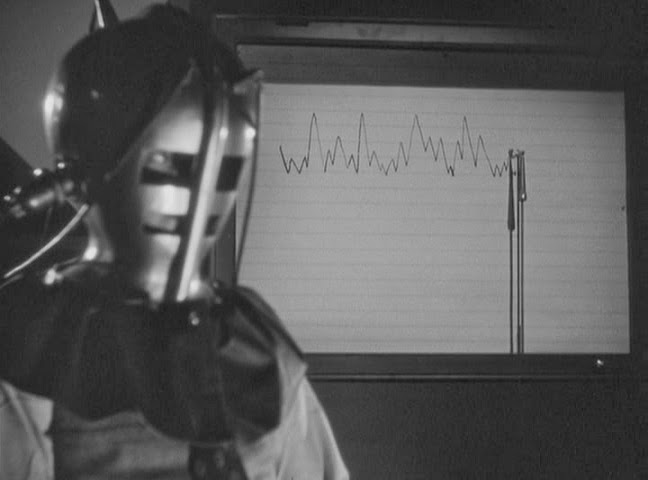 He gets the most out of the cast and the low budget, much in the same way film noir would prosper. His staging of the actors constantly makes for interesting, intensely composed imagery, even with just two characters in frame. His direction also boosts the cast. For example Karloff's mostly mute laboratory sidekick is far more sensitively handled than Universal horror's mad hunchbacks. 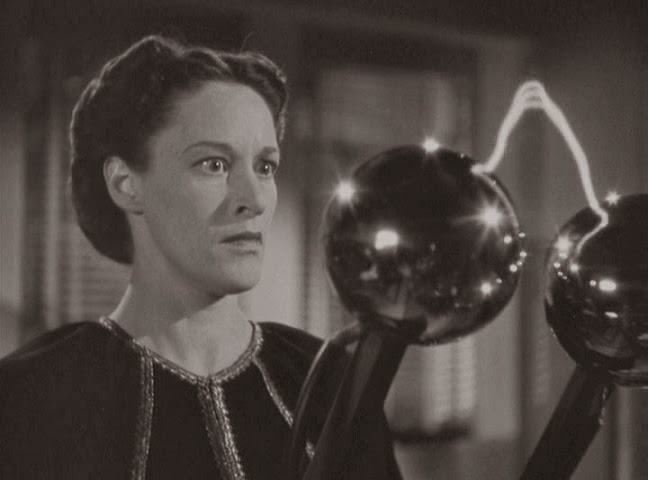 Best of all is the lapsed spiritualist played by Anne Revere, the driving force behind Karloff's work. He's trying to contact the dead for personal reasons. Her character recognises the financial potential of such a discovery... As in The Sorcerers, Karloff defers any hint of evil, despite his (ahem) bizarre methods. It's the woman in the team who is greedy and murderous. Revere's performance is restrained but powerfully performed, and a revelation because I've only ever seen her play the most perfect of mothers, as in National Velvet (1944).

Like many B-movies this runs barely longer than an hour, but the story is tightly-packed and may even fascinate you. 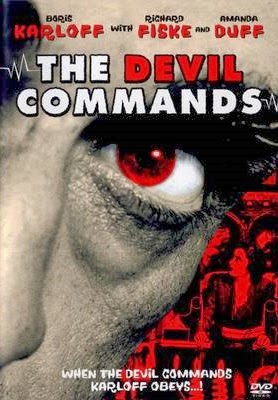 This time around I watched the US NTSC Sony DVD release from 2003. Most of Karloff's work from this era has been collected into boxsets, but I agree that this warranted a standalone release. I compared it to my 1990s UK TV recording and found that the DVD has a far superior transfer. Sharper detail and a wider reveal of the action. It's also the only DVD release there's been in the UK or USA. 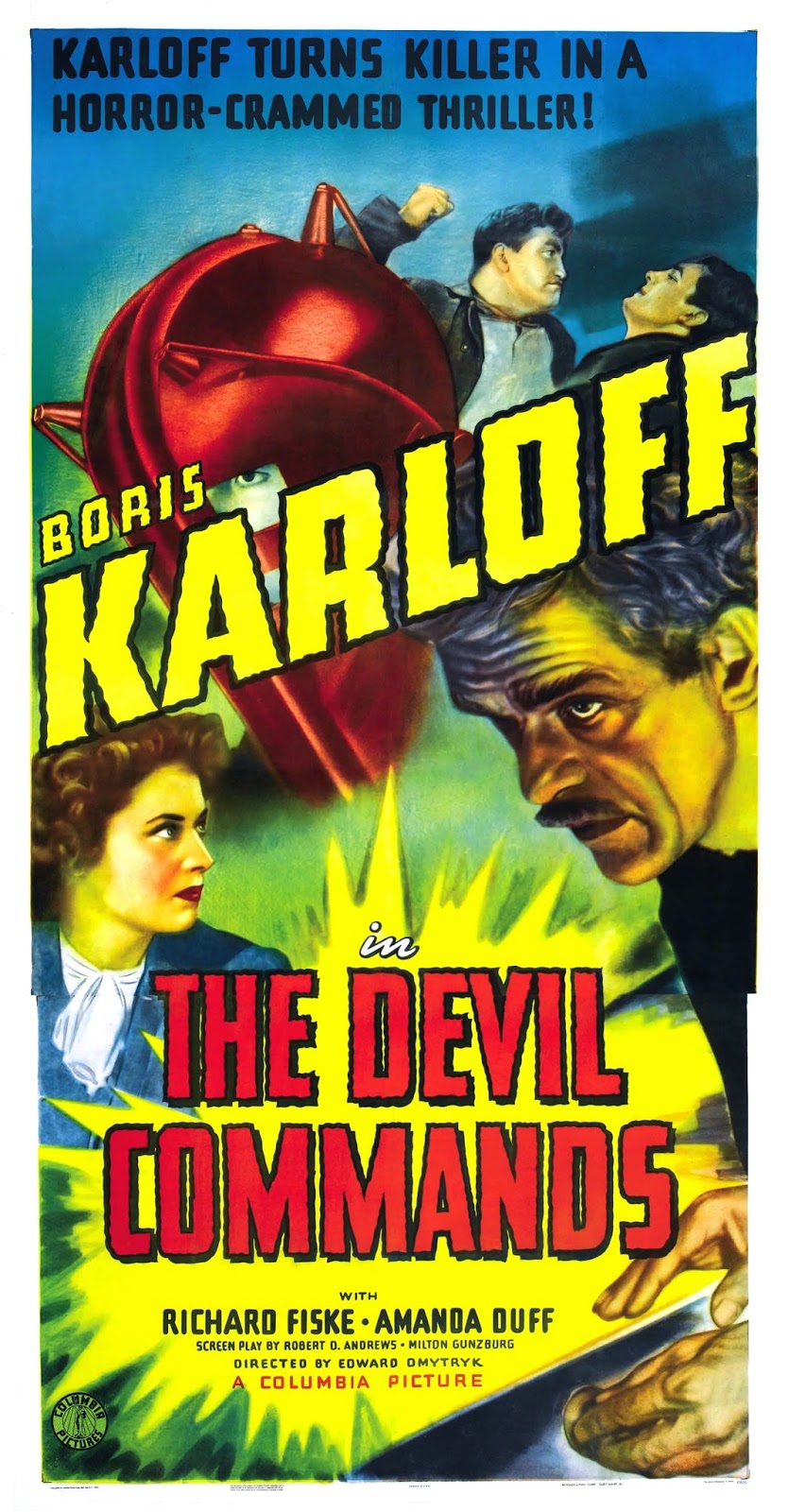