THE WHITE BUS (1967) - a prologue to Lindsay Anderson's trilogy 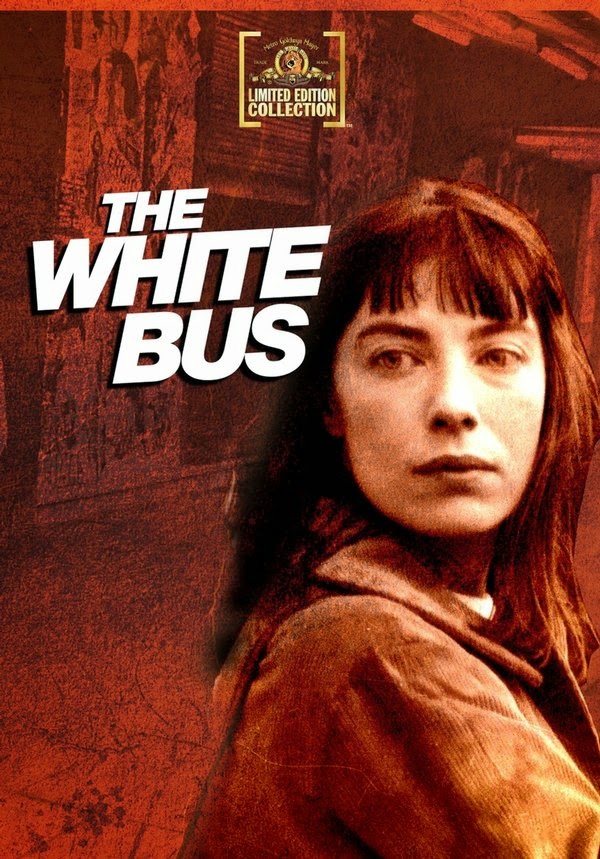 
After the gritty drama of This Sporting Life (1963) director Lindsay Anderson's approach to films about British society turned slightly surreal, in both content and acting style. His next three feature films all starred Malcolm McDowell as the hapless Mick Travis, in if.... (1968), O Lucky Man! (1973) and Britannia Hospital (1982). All three are enjoyable for their ensemble casts, weirdness, humour and savage criticism of monolithic establishments.

But I was wrong to think that those three are all there is. The White Bus is a fitting prologue to the mannered acting and increasingly acid satire used in the 'Mick Travis trilogy'. 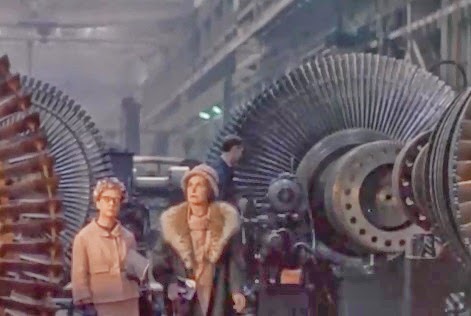 This short film, 45 minutes long, was intended as part of a longer collaboration with other directors. But I hadn't realised that it was so similar to the trilogy. The distant cinematography, a drifter caught up in a tour of Britain (like O Lucky Man), a cross-section of society (like all three)... I also was delighted to see this black and white film occasionally burst into colour, which I thought was unique to if..... No surprise that Miroslav Ondrícek was the director of photography on both. There's even a substantial part for Arthur Lowe - an actor and a character who appeared in the three later films. 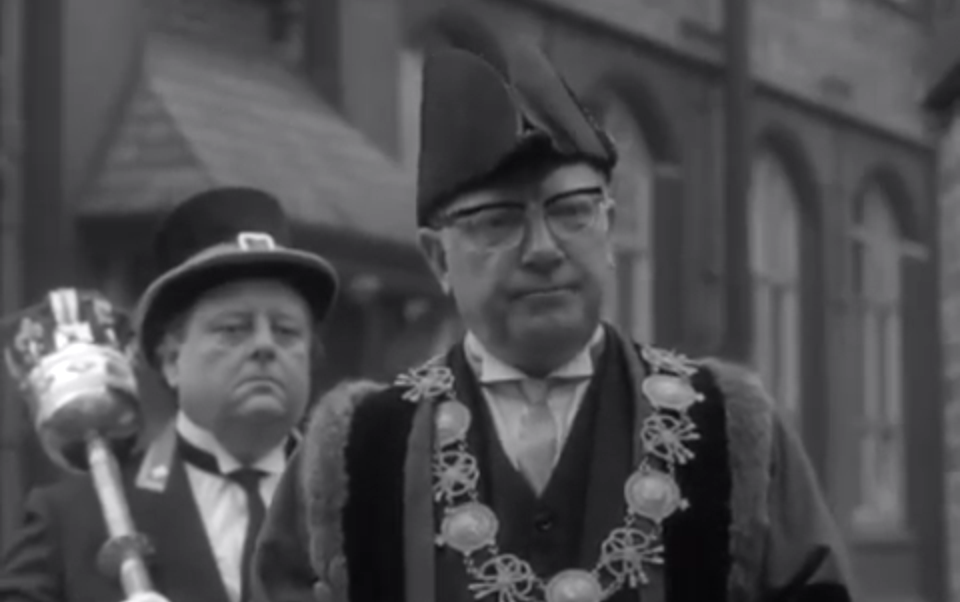 The White Bus follows a young typist (possibly being driven to despair by her job) as she leaves London and travels north to an unspecified city (which looks to me like Manchester). There she accidentally joins a bus tour on which international delegates are being sold modern society by the mayor. 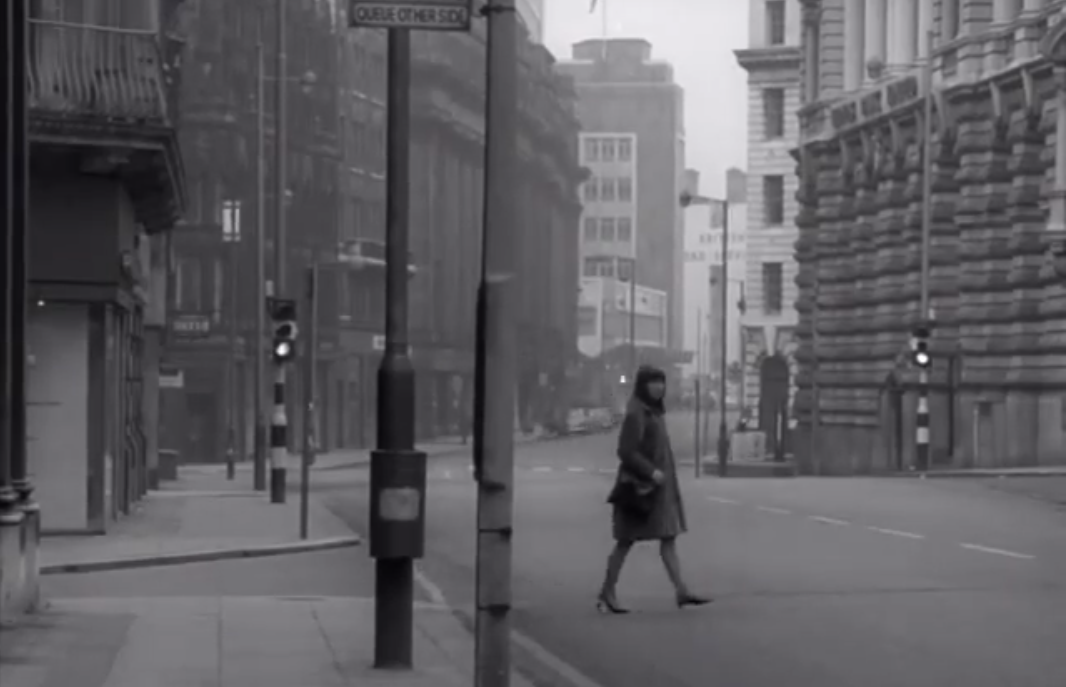 It's less pointed, even less structured than the other films, but an interesting predecessor. There are treats in the cast, such as Anthony Hopkins' debut on film (singing Brecht!) and Stephen Moore (Marvin The Paranoid Android) as a besotted businessman.


Patricia Healey plays the young woman who's our entry point into the meandering non-narrative. It made me realise that the character of Mick Travis is also more of an observer than a protagonist in the trilogy. Even in if.... where he stands up to challenge the system, could be interpreted as a fantasy of his character. 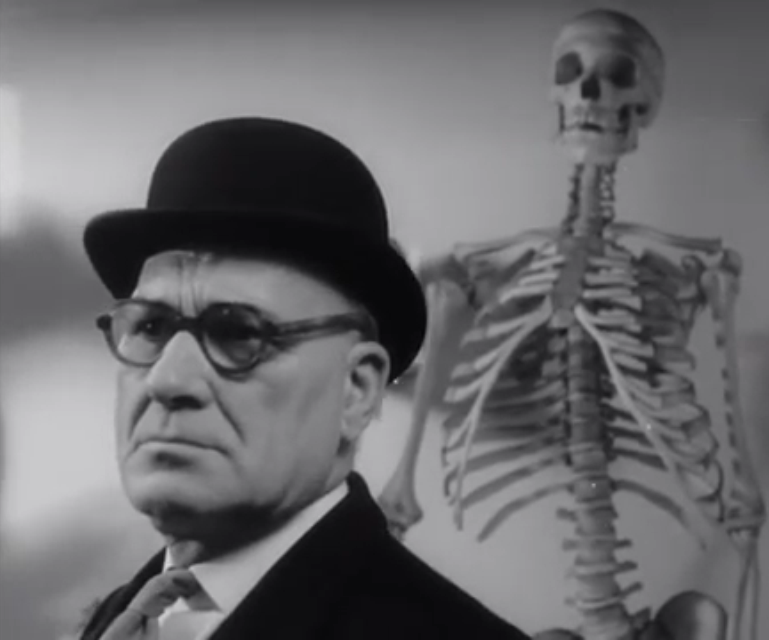 A more concrete link with the longer films is the style of acting, which I'd not really considered until reading Erik Hedline's 'Lindsay Anderson: Maverick Film Maker'. He describes how Anderson, who also directed many plays, developed this uniform style of 'non-acting' - naturalistic, unblinking performances, where an elephant in the room is completely ignored - taken to an extreme with the school chaplain in the chest of drawers, in if..... The same blank reactions as the diplomats and mercenaries while they view film of war atrocities, in the process of purchasing illegal weapons in O Lucky Man!. 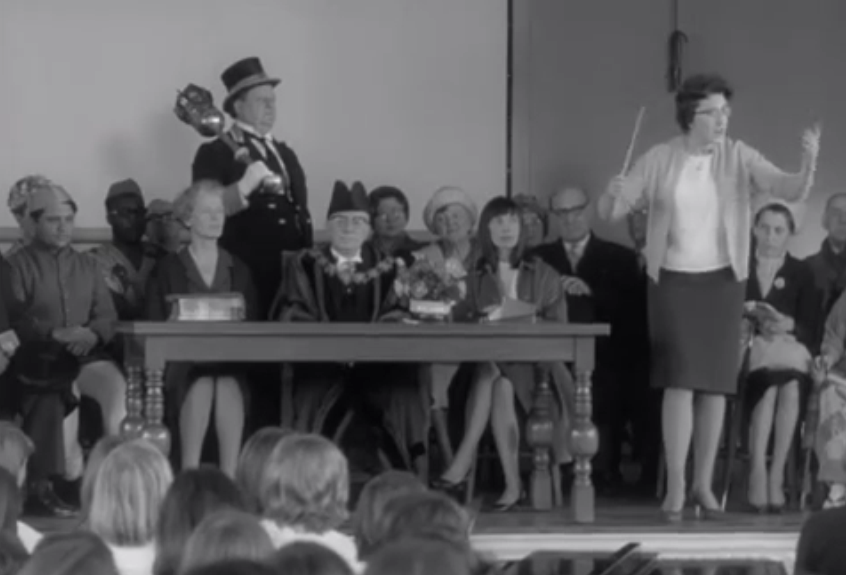 Stand alone, it'd probably leave viewers cold, but if you like Anderson's work, or oblique, absurdist British cinema of the 1960s, this could be for you.

The White Bus is currently available from Warner Archive as a made-on-demand DVD-R (cover art at top).