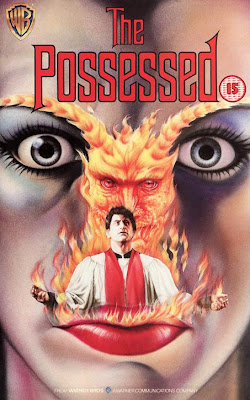 How to make The Exorcist safe for TV

TV movies in the seventies often tried to spin trending movie ideas into TV series. Even The Exorcist! To make it TV-friendly, The Possessed obviously has to water down the thrills considerably, but this is still a very watchable, creepy mystery with an excellent cast.

Before home video, when movies could still be re-run more profitably in cinemas than on TV, new movies on TV were almost rationed. They were either very old, or a treat for holiday weekends. Many current trends (disaster movies, animal attacks...) would be delivered first as TV movies before the 'real deal', the movie that inspired them all, actually arrived on the small screen. 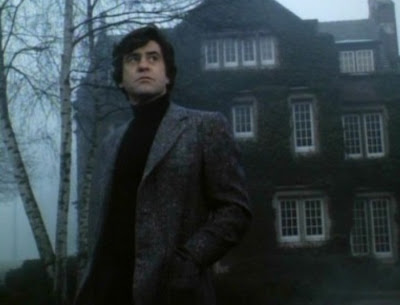 A series of mysterious, spontaneous fires breakout around a girls boarding school. Investigating detective (Eugene Roche) can explain it all but a mysterious stranger (James Farentino) thinks something evil is at work...

Like many TV movies of the time, this was presumably also pitching a format to be picked up as a series, with the building blocks in place for a 'weekly possession' to be investigated. 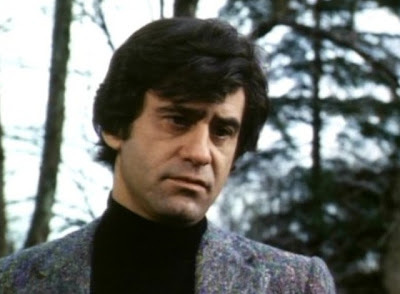 James Farentino (Dead and Buried, The Final Countdown) plays a lapsed religious minister who's risen from the dead! At the time Farentino, who passed away last year, was between two of his own TV series, Cool Million and Blue Thunder (with co-pilot Dana Carvey!). 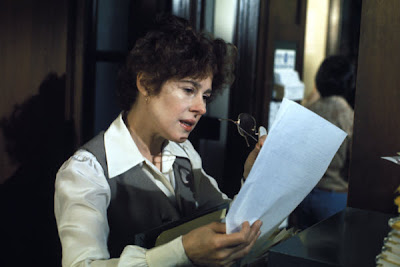 Joan Hackett (The Terminal Man, Will Penny) sensitively plays the headmistress, and is wonderful to watch. Sadly she'd pass away too soon only six years later. Claudette Nevins plays a teached whose daughter is at the school. This actress' first movie credit is the romantic lead in 3D Canadian horror oddity The Mask!

Among the schoolgirls are the underused Ann Dusenberry, about to star in Jaws 2, and P.J. Soles (in a huge wig) in between filming Carrie and, ahem, Halloween! Diana Scarwid (Psycho III, Rumble Fish, Mommie Dearest) comes in to look brave and cry, which she always does so well. 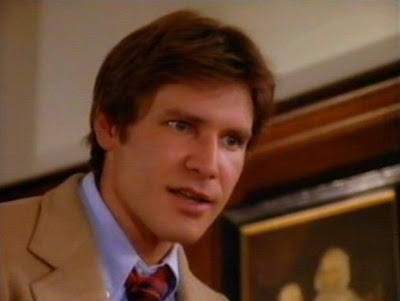 Plus, and it's a big plus, there's Harrison Ford in between filming the first Star Wars and discovering that he's world famous. (This blog adds that he also shot his brief scene for Apocalypse Now at this time). Always been fun to see him in this, as a cheeky, easy-going, bespectacled teacher, before Indiana Jones.

Short, sharp, creepy, it might still deliver some minor shocks. Not at all bad for TV. I remember catching it twice on TV, late 70s and again early 80s. Several scenes really stuck enough to make it a must-see when it rolled around again.

Too few, early TV movies have been released on DVD, despite being far higher quality than, say, modern made-for-cable TV movies. Maybe part of the problem is that they're so short - a TV '90 minutes' without ads boils down to around 72 minutes! More and more are resurfacing on YouTube and I'm surprised by how many I still remember, after only one viewing thirty years ago. Point is, I was able to enjoy this all over again because it landed on YouTube, apparently sourced off VHS (see top image). 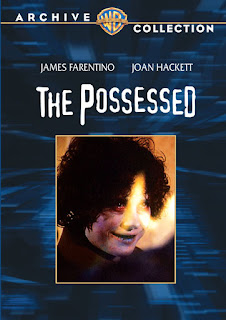 While researching this I discovered, to my shame, that The Possessed has actually been released on DVD recently, by Warner Archive. They've shown admirable restraint by not using a photo of Harrison Ford on the cover. So now I own it!


Here's my first round-up of sci-fi and horror TV movies. Looks like I'll have to follow it up now that my memory has been jogged.

Awesome classic VHS artwork for The Possessed was found here.