With an underpass, you can be scared of the dark any hour of the day
Horror fans were twittering about this at a parade of film festivals, so I took a look when it hit the UK, watching it completely cold. This hazardous method of finding recommendations normally means that I regularly fall for orchestrated hype, often ending up with very average or predictable horror, mainstream or otherwise. But this time it paid off - I knew nothing about Absentia, but as a result it was full of surprises, as a story and as a production. 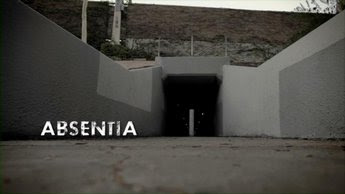 Tricia is young and pregnant, still posting 'have you seen?' flyers seven years after her husband disappeared. There are many similar posters around, but mostly for pets. Her younger sister, Callie, comes to stay just as the missing husband is legally declared dead. Callie takes up jogging near the house, cutting through a pedestrian tunnel as part of her circuit. On one run, she encounters a barely alive guy lying across the floor of the underpass. She can't understand what he's saying. When she returns with the police, he's gone. Things also start getting weird around their house. Soon, it'll be them calling the police for help... 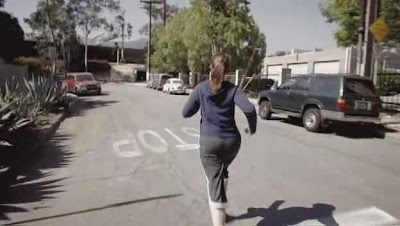 Besides piling on the scares, Absentia is refreshing in trying hard to 'do different'. Tricia is pregnant, but that's not central to the plot. In the same way Duane Jones was picked as the lead for Night of the Living Dead but just happened to be black. Courtney Bell plays Tricia, but just happened to be (very) pregnant. (Can't wait to see how the kid turns out...).

The central mystery keeps you guessing and even character details are dramatically revealed rather than telegraphed. Also, the same way The Descent unnerves you with claustrophobia before hitting you with the supernatural, Absentia starts with the agonising limbo when someone you know disappears without a trace. Shocks and scares quickly kick in, but without immediately revealing the cause...

We've only recently watched the first Paranormal Activity (2007), which was as high in suspense as it was in bad acting and lame-brained character motivation. For all the build-up, I expected more than one decent scare. The franchise also does a disservice to other films shot on video. They expect the audience to agree that you can still 'tell' whether you're looking at video or not and that video still looks slightly rubbish. Absentia used video for budgetary reasons, but made it look as good as possible. I honestly thought I was watching a mainstream movie. It's therefore irksome that Absentia is less well known, was made for far less money, but scared me a hundred times more. 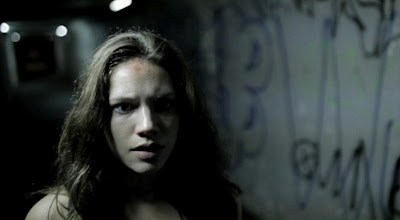 In fact it was made on a ridiculously small budget. IMDB lists it as $70,000! What? I had no idea. Usually I can spot ultra-low-budget horror because it looks shit, the acting's shit, and the story is... too. Which is why I avoid the zero-budget projects - because they're not even technically proficient. Absentia disproves my rule-of-thumb, demonstrating that a good script, careful camerawork and good acting can cost very little. 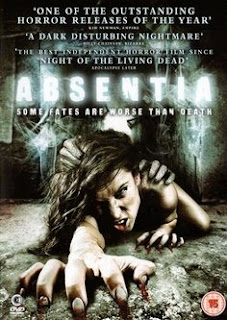 This is out on DVD in the US and UK, but hasn't yet hit blu-ray. I'm hoping that when Mike Flanagan's next film Oculus hits, Absentia will get an upgraded release.

Intrigued by the location, an opportunity to visit it came two weeks later. Here are our location photos.