Knowing that we were going on holiday in the area and that a detour to Martha's Vineyard was easy enough, we absolutely had to go location-hunting for Jaws. Most of the film had been shot there, interiors and exteriors. 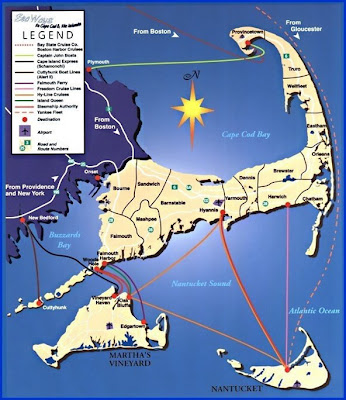 Martha's Vineyard is of course different from how Amity Island appears. It's quite large, with several towns. It's history is in whaling, not sharks, with the island of Nantucket just to the east - the opening location for the events of Moby Dick. Ferries, large and small, arrive from all directions from the mainland to several different docks. Amity appears to be quite isolated, but the fast ferry from Hyannis took us less than an hour.

In preparation for a home-made tour, we watched the film and read the paperbacks (see this previous article about the making of Jaws). We were only there two full days - Day 1 was spent in Edgartown, where we stayed. I picked up a copy of Memories of Martha's Vineyard - a map inside confirmed additional locations that we could visit next day. We hired a car for Day 2 and visited all compass points of the island. For those with more time on their hands, there are bus routes over most of the island, as well as coach tours.

Edgartown was used as the hub of the fictional Amity Island. This is where most of the buildings and street scenes were shot. The dock area has been heavily remodelled since the movie, but the tiny car ferry where Police Chief Brody locks horns with the mayor is still operational. This is also where Jaws had a production office. All these locations are only a few minutes away from each other, on foot. 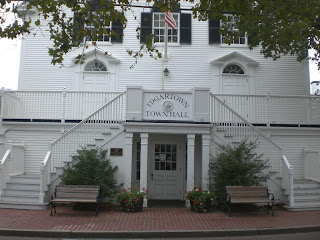 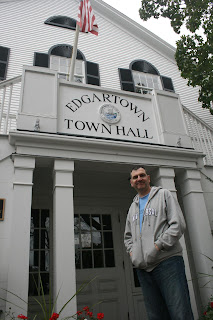 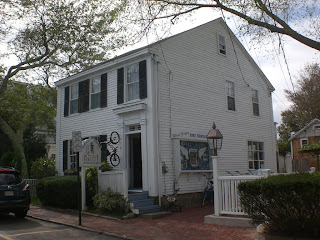 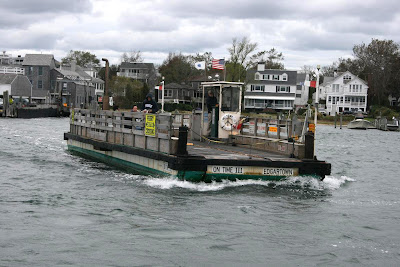 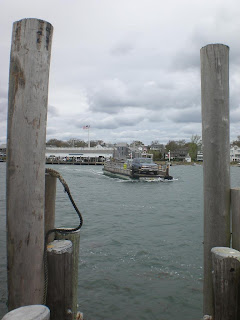 These photos probably appear meaningless to anyone who hasn't seen the movie, and also fairly meaningless even if you have. The memorable action in the film takes place on beaches, no longer recognisable, and at sea, with only the horizon visible in the background. But the visit gave me a great appreciation of how much was done with so little. Of course it means a lot personally to visit the location of a movie that made such a lasting impression 35 years earlier. But really, for anyone to connect with the story, all you have to do is find a beach and be brave enough to enter the water.

On the next part of this tour of Amity Island we'll head south, to the beach, and west to where Quint lived...


A Jaws-themed Walking Tour is run from Edgartown, click here for details.


This website has a simple hitlist of the best locations - on Movie-Locations.com


This site on IGN was invaluable for before and after pictures.