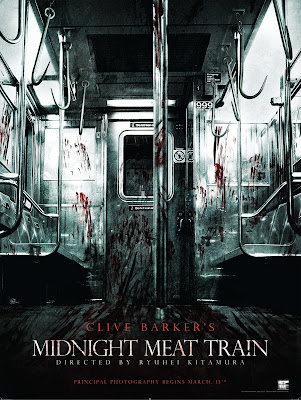 THE MIDNIGHT MEAT TRAIN
(2008, USA)
Impressive and bloody tale of a terror train...
I've been hoping for years for a really good horror film set in an underground rail system. This is the best so far. While The Uninvited (2003) and Ghost Train had some creepy subterranean scares, nothing matched the terrifying vibe of Clive Barker's short story (from the Books of Blood), which I first read on the London Underground (big mistake).

This recent adaption is already my favourite subway horror film. It's not perfect (the characters occasionally do some stupid things that horror victims always do), but it's shocking, scary, looks good, has a good cast given plenty to do, with energetically insane direction, and it's a lot of fun. That's 'fun' if you like blood, meathooks and other shiny tools usually used on livestock... 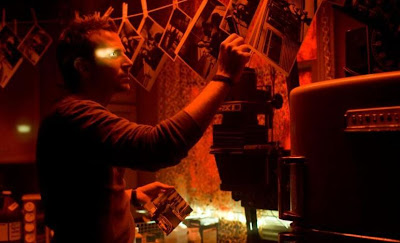 While Leon (Bradley Cooper) is struggling to take gritty photographs for his portfolio, he might have snapped a clue to a string of disappearances on the New York subway. While he's piecing together the clues, we already know what's going on. A smart-dressed man with a small leather bag is murdering passengers in a bizarrely ritualistic manner, very late at night when there's no one around. Each murder reveals a little more of his obsessive habits and motives... 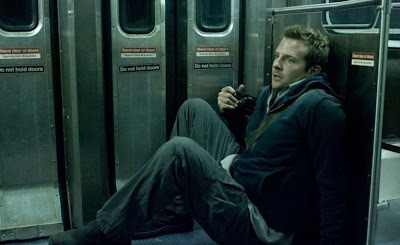 I had high hopes that director Ryuhei Kitamura would have a hit with this. After enjoying the over-the-top action in Azumi and Godzilla: Final Wars, I assumed Hollywood would be grateful for his talents. When the film disappeared quickly, I mistakenly assumed that it was no good. But it really is impressive. Looking fantastic, using a stylised palette that make the subway a surreal, luminous steely blue. The inventive camerawork includes some nightmarish point-of-view shots of some of the victims and some physically impossible moves in and out of moving subway trains.
The occasionally frantic visuals mirror the madness of the situation and reflects the ebbing sanity of the characters. While computer effects are used throughout, even on some of the gore, there's enough physical reality in there. Gushing blood, prosthetic effects... an intelligent mixture of effects achieving in showing us something new. While some of the (many) dead bodies look a little rubbery, I didn't really want them to look any more real - it's grim enough. 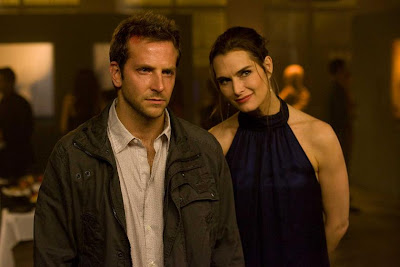 Bradley Cooper is really good in this, (also impressive in J.J. Abrams' TV series Alias), though you might be more used to him in comedy, or sick that he's now everywhere. He's convincing here, demonstrating a wide range. 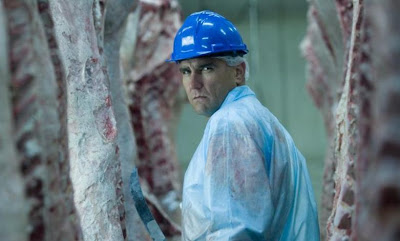 Playing a murderous maniac you wouldn't want to get trapped on a train with, Vinnie Jones is more famous as an ex-footballer, or a wise-cracking thug in gangster movies - two personas that I usually have a problem getting past. While he doesn't add much subtlety to the role, that more accomplished actors would have attempted, he completely looks and acts the part of a large, powerful murder machine. 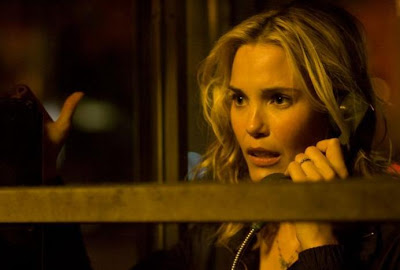 Leslie Bibb as the girlfriend and Roger Bart as her friend are also excellent in difficult roles, but there are no weak links in the cast at all. Even Brooke Shields adds weight as a prospective client egging Bradley into danger to get ever more edgy (and saleable) photographs. I'm glad it's fairly faithful to Clive Barker's original story, though it's been expanded to make a longer and more logical story. But many of the smallest details from the story are up on the screen. 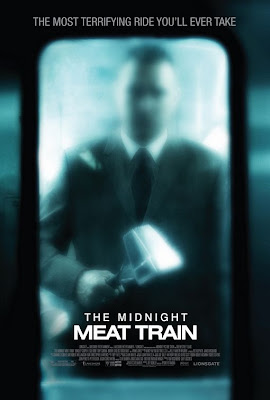 A real shame that this wasn't more successful, because it stands out among many recent gory horrors. The Midnight Meat Train is widely available on DVD and blu-ray, in anamorphic 2.35 widescreen.
Posted by Mark Hodgson at 8:15 pm