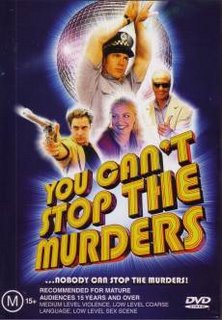 The best ever line-dancing murder-mystery

A dead biker, a dead construction worker, a dead sailor… When a serial killer begins picking their victims based on the identities of the Village People, a local cop steps up to solve the murders before a big-shot detective from the city can steal all the glory. 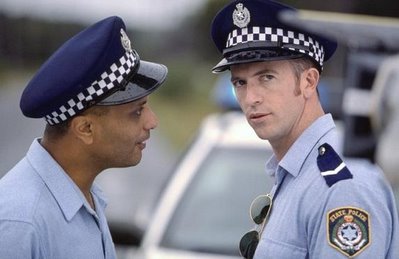 Akmal Saleh and Gary Eck - co-writers and stars
With a very low budget, the film wisely emphasises the quirky characters, mainly played by Aussie comedians from TV and stand-up. Written by the three main actors, this started as a sketch and has blossomed into an intricate little world – the bizarre backwoods town of West Village.

There are subplots a-plenty, red herrings, a whodunnit, a love triangle... The humour veers between easy-going and surreal, but is sometimes hit-and-miss. The murders involve dismemberment, invoking an occasionally bizarre, queasy atmosphere out of line with the comedy.

Based on the title, I was also expecting wall-to-wall seventies disco music, but instead I got the simple, cheesy delights of line-dancing (which the main cop dabbles in). Together with the lack of disco music, there's hardly any gay jokes, again making it far less 'Village People' than I was expecting. 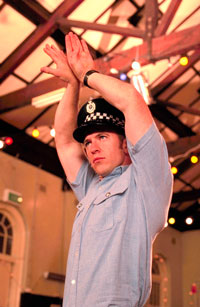 But I found the likeable, silly characters soon growing on me. As a ‘first film’, this will hopefully lead to bigger projects from the writer/stars, one of whom also directed! This qualifies as a ‘little film’, but one which could become personal favourite if you’re tickled by it.

This DVD was highlighted by one of my favourite online shops Diabolik (based in the US), and I’m very glad they did. It’s available from them or from Australia. I use Atlantic DVDs to get my Aussie discs online.