1982 was an incredible year for new movies. But at the time, I was buying fewer of my usual, general film magazines. Here are the only highlights, plus a look at the more specialised publications I was chasing instead... 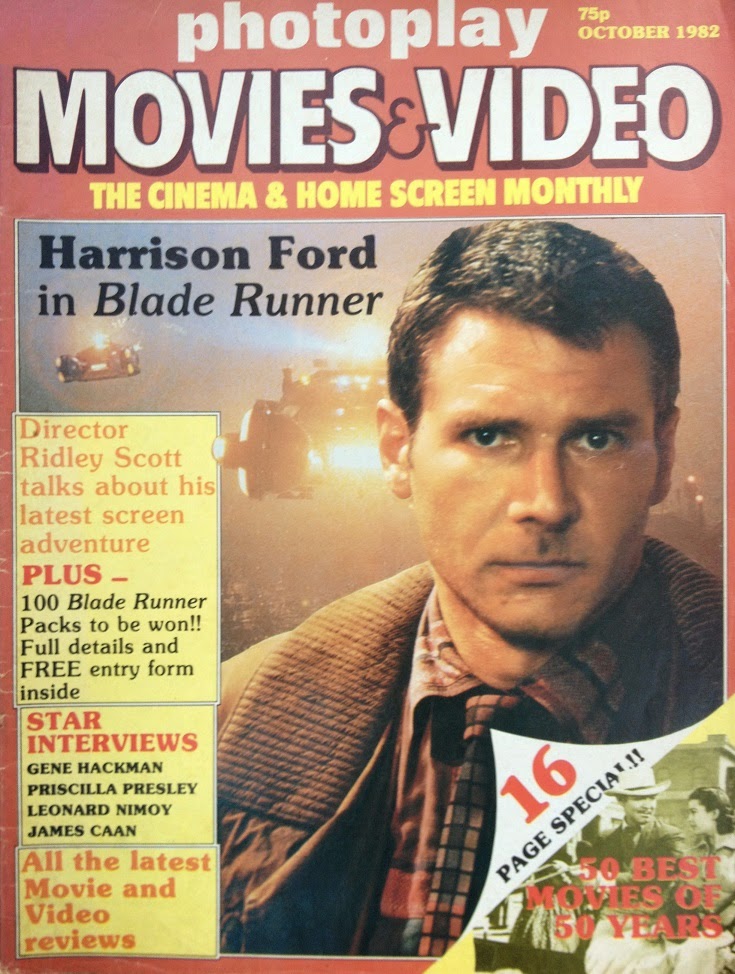 This Blade Runner cover shows how Ridley Scott's futuristic vision was at odds with the style-less presentation of movie magazines. 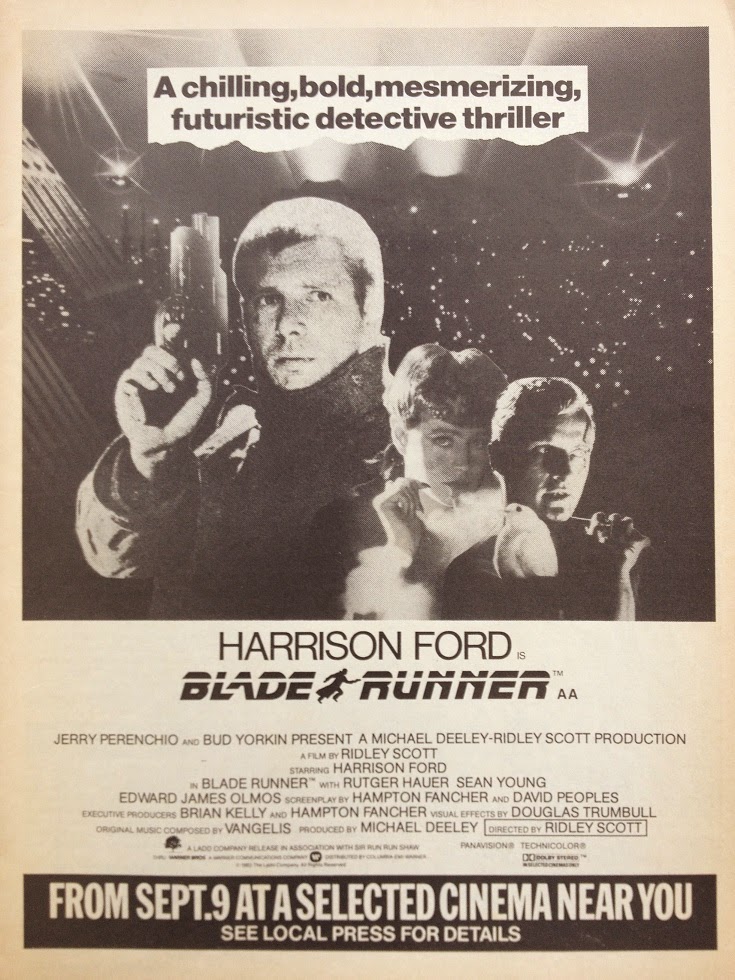 An 'AA' certificate for the 'European Cut' of Blade Runner that was less censored than the US release. Unfortunately, that toned-down US version was then used as the basis for the 1992 'Director's Cut'. 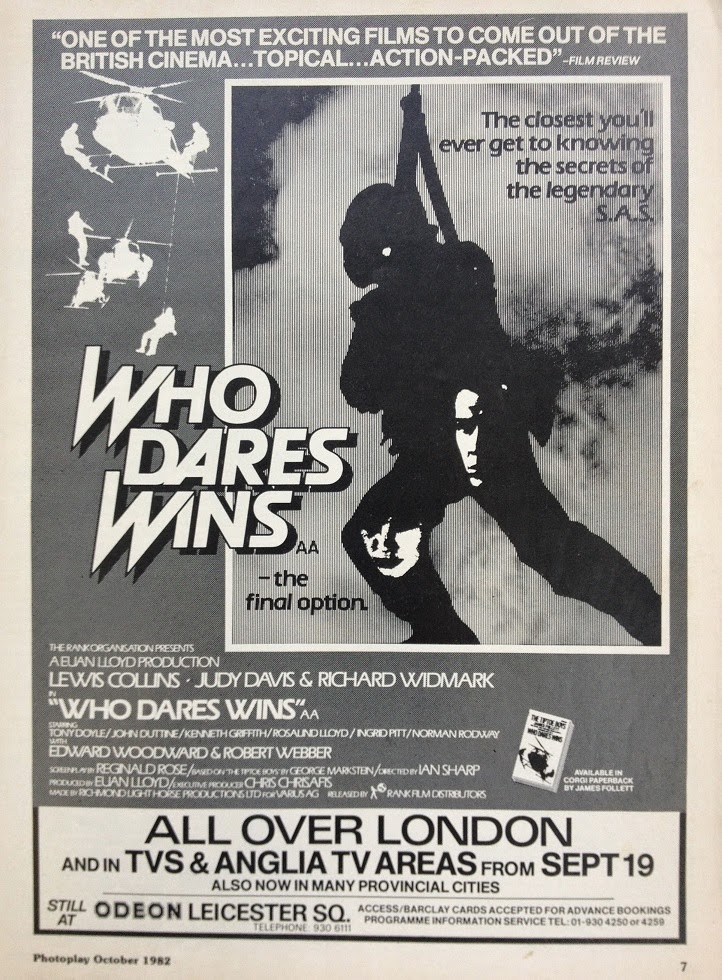 I included this advert for Who Dares Wins because of the details of the release pattern, following TV regions and describing everywhere that isn't London as "provincial cities"! 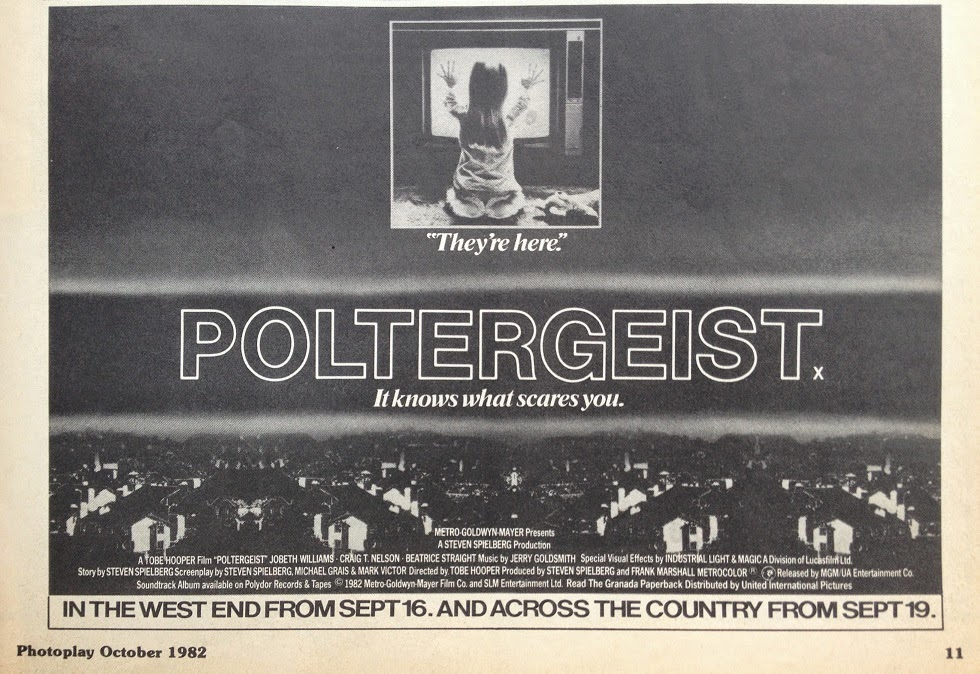 This was a great year for special-effects heavy classics. But these monthly magazines couldn't give me what I really wanted - colour photos from the films and well-researched behind-the-scenes information. In retrospect, they provide valuable information about when and how they were released in the UK. 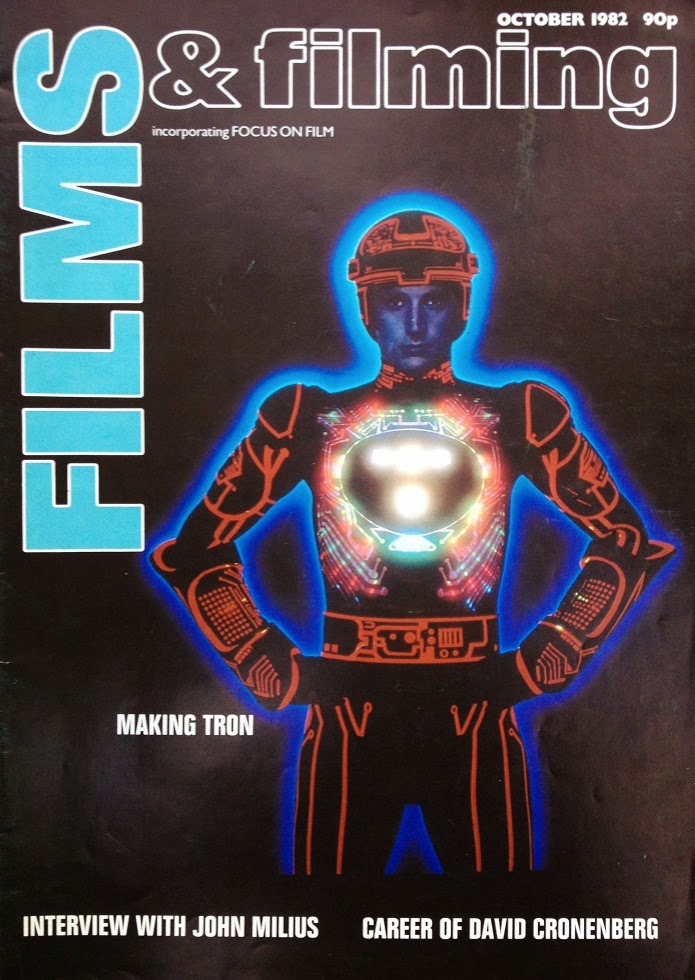 A great cover, but Films & Filming had no colour pages inside. Couldn't pass up articles about John Milius and David Cronenberg though! 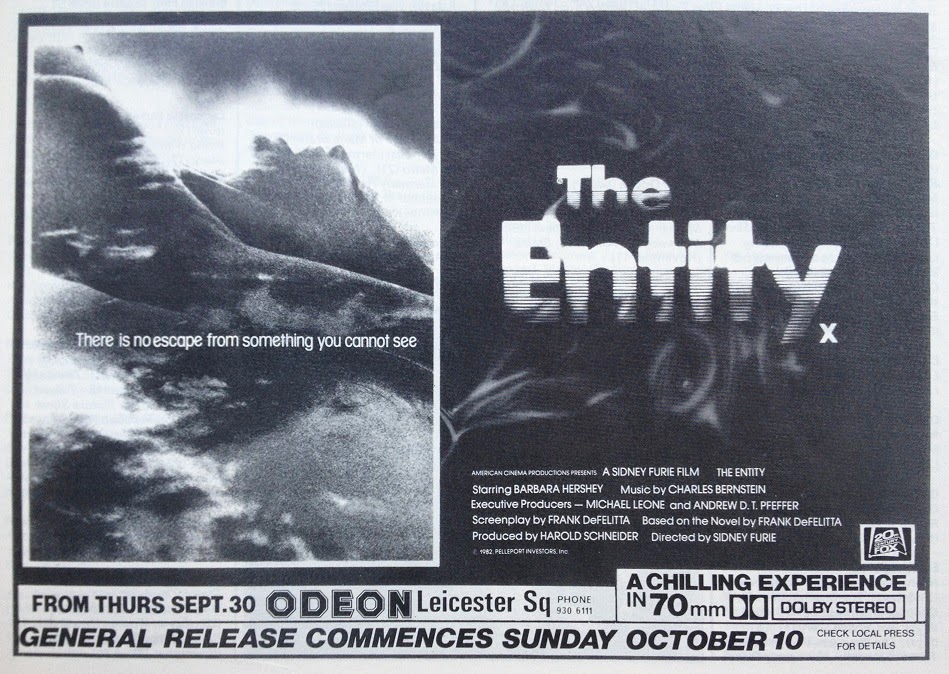 The Entity still has no trouble finding an audience. It was late to the 'possession' horror genre, it's edge came from the claim that it was based on a true story. Surprised to see it appeared in 70mm! 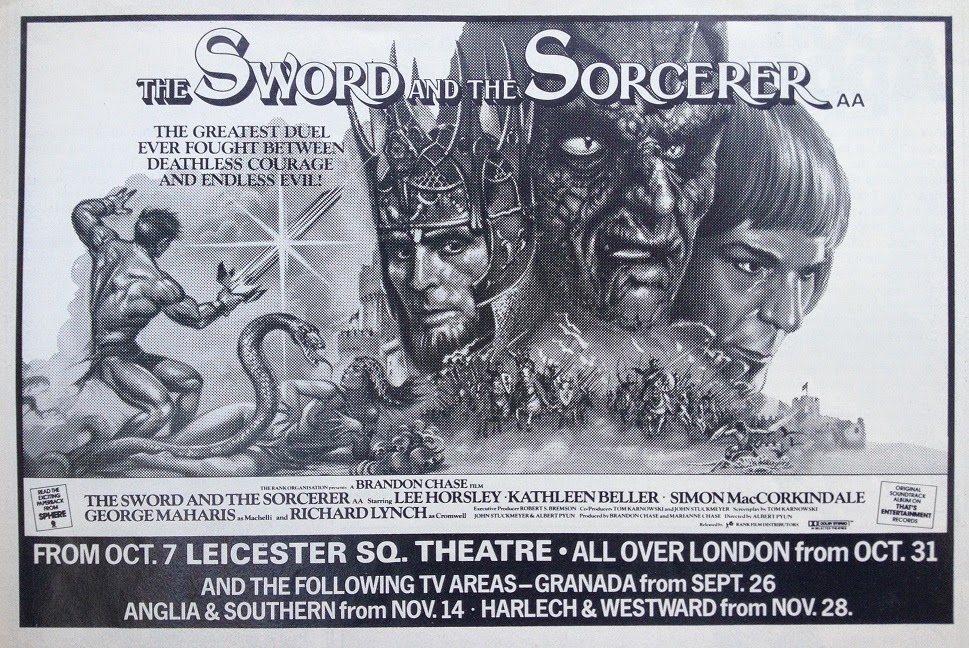 Besides the blockbusters, mid-budget genre films like The Sword and the Sorcerer, which delighted me all through the 1970s, were disappearing from wide cinema release and instead finding their fortune on home video.

That's all I've got to show you from 1982! The reason that I bought so few Photoplays and Film Reviews was because of the blossoming of sci-fi and horror specialist magazines. Film synopses, cheesecake photos and publicity-soaked interviews were no longer enough. I was after hard facts from writers who didn't scoff at my favourite genres! Here's (some of) what I was collecting instead in 1982... 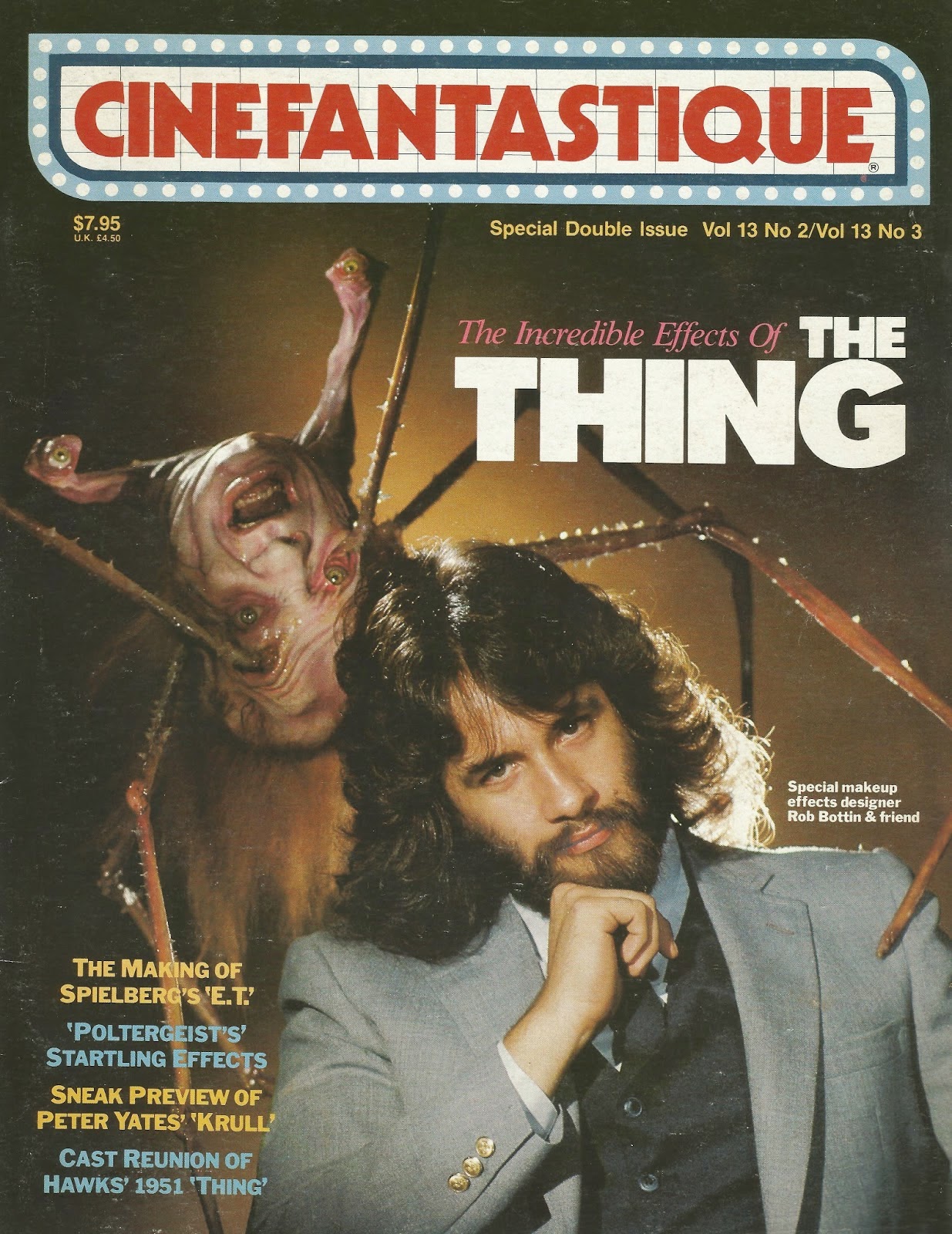 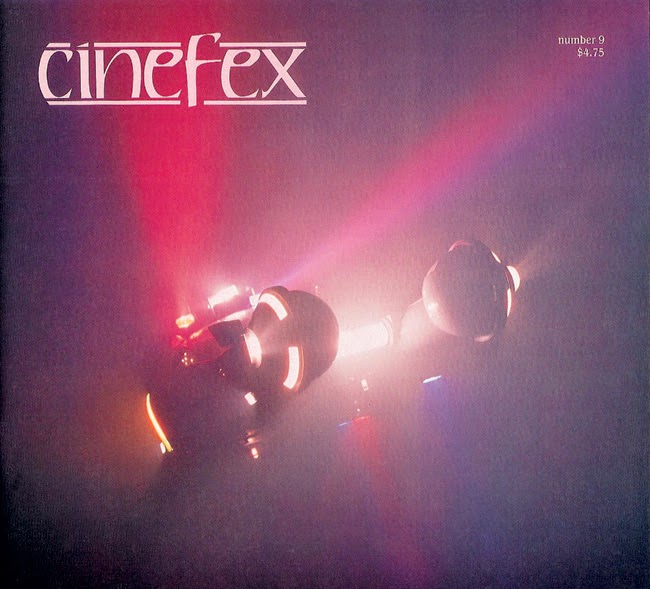 'Cinefex' soon took over from Cinefantastique in chronicling the precise visual effects techniques used in American blockbusters, as well as any groundbreaking techniques used in film or TV, focussing on two or three of the latest movies each issue. In the UK, we could see how they made the movie before we saw had a chance to see it! Thick issues full of startling photos. However, their coverage can dissipate the magic of a movie, by blowing every secret behind the cleverest effects. 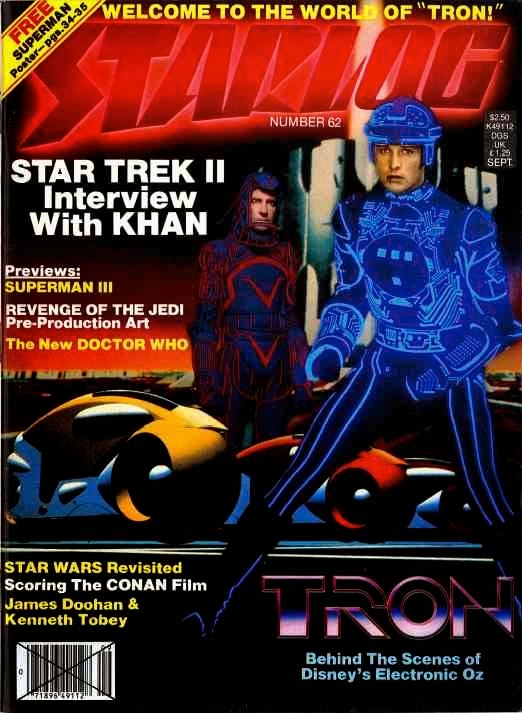 'Starlog' rivalled Cinefantastique with it's sci-fi coverage. Published more often, it could scoop it on news and had far more coverage on TV fantasy. At the time, their episode guides were invaluable! 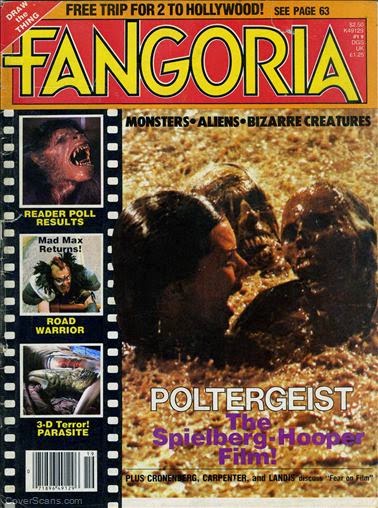 Starlog begat 'Fangoria', with horror movie news and a special interest in the latest make-up effects. Often the clever gory techniques would never make it onto UK screens due to the avid censorship of the time. The colour pics in Fangoria were the only clues we had to what we'd missed. 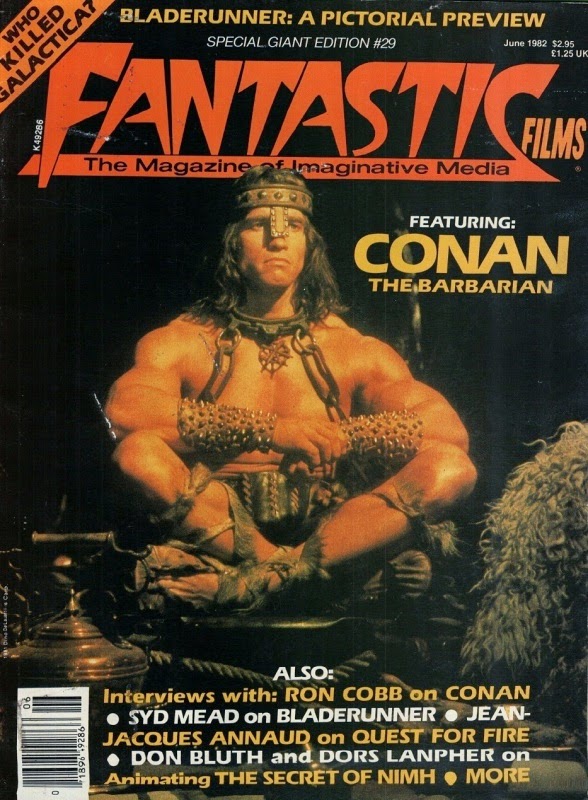 Yet another American glossy on sci-fi movies, 'Fantastic Films' soon failed to compete, but with great interviews and tons of colour photos, it was essential while it lasted. 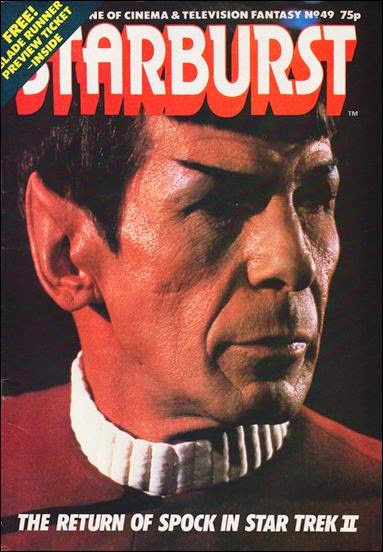 This British answer to Starlog was cheaper and timelier than the US mags. Of course 'Starburst' covered more European sci-fi, TV and (gasp) literature. It also sneaked in horror reviews in the absence of any UK mags on the subject.

But. I'm not going to go through these magazines in the same 'flashback' way. Most titles are still publishing, so I'm certainly not reproducing any of their pages. Because... copyright. And because, they still make money from back issues, digital or otherwise.

My flashback articles have focussed on the covers and adverts for the UK release date information. Taken from defunct magazines that predate the scope of internet coverage. The next flashback, 1983, will be my last look back at my UK movie mags from this era.

(There's a list of links to previous Flashback posts, from 1968 onwards, in the sidebar to the right...)