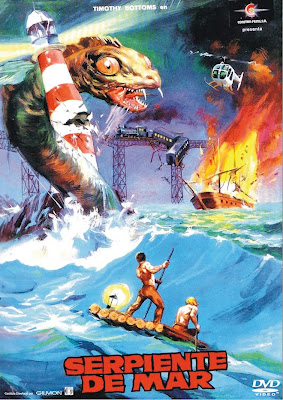 Didn't watch nearly enough movies to compile a worthwhile Best or Worst list of last year's releases, even if I wanted to. But over the holiday season, I was honoured to be asked to compile a very different kind of list for the Rupert Pupkin Speaks movie blog.

Mr Pupkin is currently asking esteemed writers and bloggers, and me, to write about their favourite new discoveries of 2012, but, only films that were made more than twenty years ago. Older films that impressed us that we hadn't seen before.

With two exceptions, my choices haven't been reviewed on this site, so you're invited to head on over to Rupert Pupkin Speaks to find out what else nearly made it onto Black Hole Reviews. You'll also find a wealth of discoveries made by dozens of other explorers in the weird wide world of classic and not so classic cinema.

My favourite film discoveries of 2012