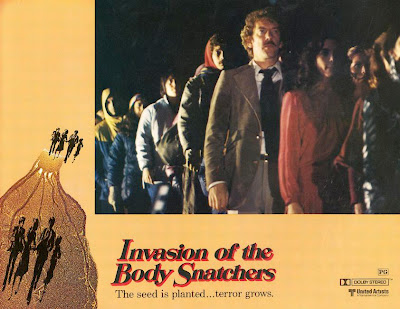 A San Francisco health inspector (Donald Sutherland) and a friend at work, an analytic scientist (Brooke Adams), begin to start encounter people who've undergone a radical personality change. Despite calling in expert opinion from a psychiatrist buddy (Leonard Nimoy), they suspect that this creeping change throughout the city could be connected with a new strain of plant life. They missed the movie's prologue, where these strange new flowers grew from seeds that drifted from another planet... 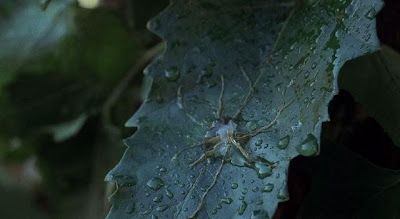 Jack Finney's 1954 story The Body Snatchers, (probably influenced by Heinlein's 1951 novel 'The Puppet Masters') was quickly adapted as the 1956 classic Invasion of the Body Snatchers directed by Don Siegel. Itself a hugely influential movie across several genres, sparking discussion as to which particular political threat it might have been highlighting.

After Star Wars (1977), the science fiction movie genre was largely derailed into emulating its success, but without the budget or the creative and technical talents. It also gave me an appetite and expectation of huge dollops of space-fantasy and special effects in anything described as sci-fi. 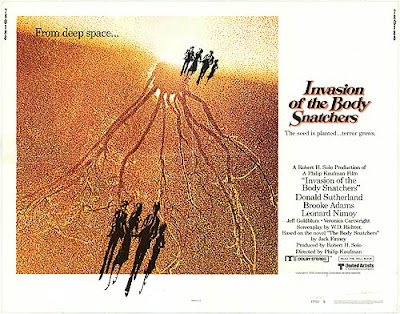 I was also reluctant to see this new version of the Invasion of the Body Snatchers, when it was released at the cinema, because I hadn't yet seen the original, even on TV. I'm glad I decided to though, the shock moments have haunted me since. While I keep rewatching it partly out of nostalgia, I honestly think it's a fantastic adaption, if not the best. 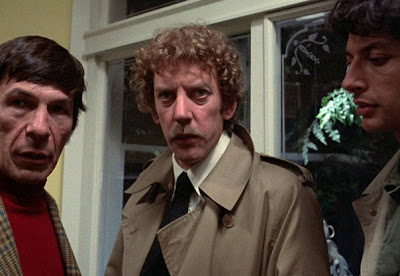 It's excellent in conveying the growing paranoia and increasing panic that 'they're all out to get me' as the situation worsens. Donald Sutherland is about as far away from an modern action hero as you can get. Just an intelligent, normal guy in a surreal situation. I love his gasp when he sees a road accident - a realistic, natural performance. Brooke Adams and Veronica Cartwright (just before she appeared in Alien) portray the feeling of revulsion and loss of control. Leonard Nimoy is at pains to demonstrate he could play non-aliens, just before he sucked back into the Star Trek universe. An early, typical Jeff Goldblum performance is comfortably at home in the rambling, post-hippy mindset of self-help San Francisco.

While the long hair and floral furnishings date the movie (as do the overuse of camera zooms), the fashion is back in vogue now. Not that we've macrame hanging on the walls, just yet. 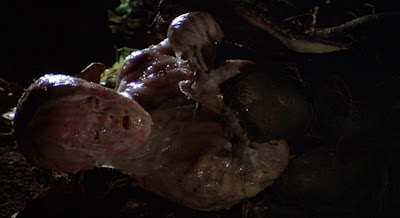 The organic special effects aren't overused and fairly low-budget, though largely convincing and imaginative, serving the story perfectly. At their best, you still can't quite work out what you're looking at. Particularly brilliant are the early stages of the seeds (all handmade effects, none of it taken from stock footage of nature). Some of the make-up effects are gloopy enough to prefigure David Cronenberg's 'body horror' cycle (in which Jeff Goldblum would again appear, in The Fly. Hmm, Art Hindle would also star in Cronenberg's The Brood). 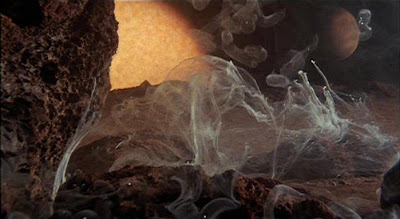 The horror of the scenario is elevated by Ben Burtt's sound design. Hot off Star Wars (1977), but decades before Wall-E, his sound effects and mix maximise the experience of panic right up to the iconic closing scene. (To my ears, there's a little bit of T.I.E. Fighter in there.)

While this was a fresh adaption of the novel, it echoes the 1956 film and does what many remakes fail to, it pays homage to the success of the earlier version, with two brilliant cameos. I need to revisit Abel Ferrara's Body Snatchers (1993), but remember it as very different, story-wise. I found The Invasion (2007) the least interesting - but it's approach is possibly a clue as to what the Videodrome remake will turn out like - a more action-oriented chase movie, thin on the essential paranoia. 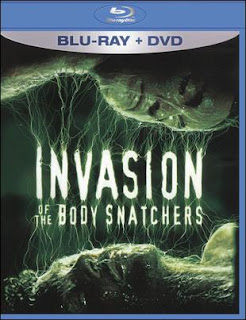 The US blu-ray showcases the 1978 Invasion of the Body Snatchers as well as possible, despite the low-light cinematography sometimes delivering an excess of film grain. But half the creepy fun is from the 5.1 DTS sound, that enhances one of the scariest ever horror soundtracks. There are also interesting retrospective interviews with the director Philip Kaufman (The Right Stuff), the cast, Ben Burtt and more. Director's commentary track too.

Downside is the cover art that attempts to confuses this with the two, more modern adaptions when it should be pushing it as the best of them all. 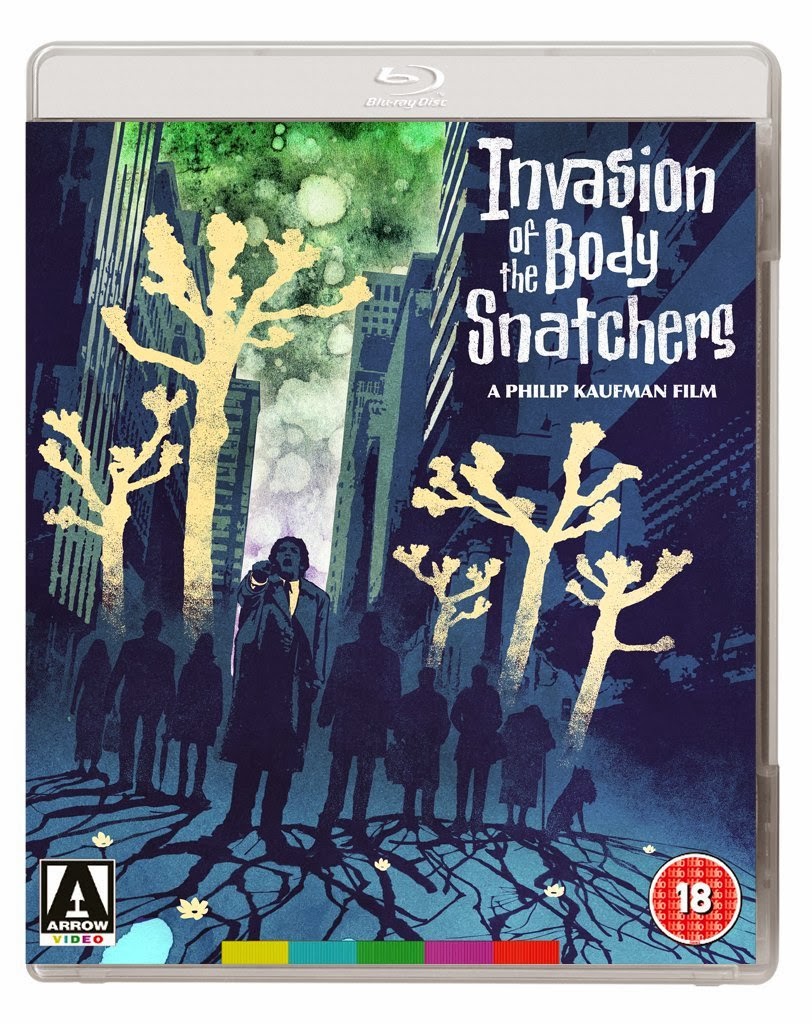 Update November 2013
Now also available on blu-ray in the UK, with different extras, from Arrow Video.

This reprint of the original novel baffled me recently, because the text had been updated to switch the action to San Francisco to tie in better with the film!