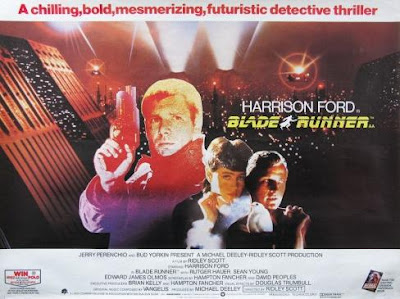 "You're talking about memories..."

Wednesday, August 15th, marked the thirtieth anniversary of my first experience of Blade Runner. Thanks to Starburst magazine, readers were invited to a special preview screening three weeks before it premiered in London on September 8th. 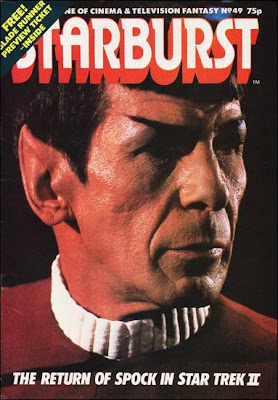 Cutting out a coupon from this issue of Starburst got you preview tickets to see an advance screening at 11am on August 15th 1982 - in the West Gate Road Cinema in Newcastle, the Bristol Road Cinema in Birmingham and the ABC Shaftesbury Avenue in London, where I saw it.

Blade Runner had had a mixed critical reaction (Films and Filming magazine gave it one star out of five!) and a poor box office opening in the US, so it was a reasonable idea to aim the UK release at sci-fi fans. The London screening was certainly packed out, with the audience respectfully quiet during the film. I was stunned by it, from the very first shot.

To me it was a realistic vision of the future, with flying cars and new technology, but in a world blighted by pollution, acid rain and the near-extinction of animals. Also, the most likely chance I'd get to see the future. The production design looked totally functional, the dense cinematography appeared to show the air around the characters, the special effects depicted a city as far as the eye could see, the music was incredible... The complex emotional ride of the story, with the replicated characters, supposedly the villains, all fighting for their lives made just as much impact as the technical achievements.

It's one of those rare movies that I stumbled out of (I had a similar experience with Brazil at the same cinema), feeling like I'd just been hit, somewhere inside my head. I've studied Blade Runner extensively ever since and it's still my favourite ever movie. Despite the sad state of that future world, I'd even like to live in it. 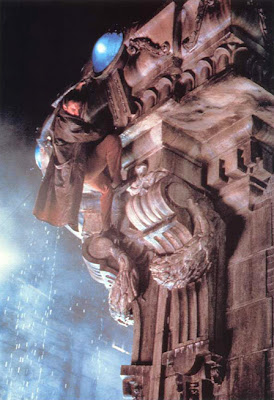 Scott Weller (@koolaficionado on Twitter) pointed out that not everyone got in to see the London preview that day. I was lucky, but also completely unaware that my future husband was also present in the audience, though I didn't actually meet him for another eight years. This makes our watching it again together, thirty years later to the day, special.

It was also an opportunity to watch the original version again. The UK initially got the International Cut, otherwise referred to as the European Cut. These first releases of Blade Runner had the 'happy' ending and Deckard's voiceover in several scenes throughout the story. But the International Cut was also more violent than the one seen in the US.

For ten years, this was the version of Blade Runner I remembered and enjoyed, seeing it again in the cinema, on TV and on VHS. The initial impact it had on me was from this particular 'cut'. In 1992, the 'Director's Cut' was released in cinemas - the voiceover was removed, as was the ending. The unicorn was the only additional shot. Shorter than the original versions, it was basically an amended version of the censored US release, with the two most violent scenes toned down. It was good to see it in the cinema again, but it definitely wasn't the same film I'd fallen in love with. 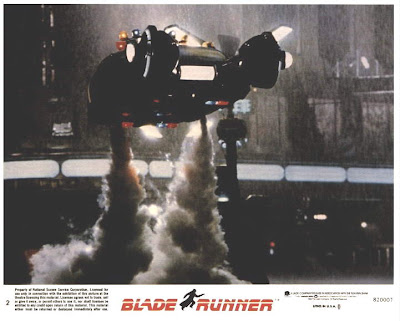 The Director's Cut heralded the start of fifteen years when the International Cut disappeared from home video (apart from the Criterion laserdisc), eventually resurfacing in the 2007 Box Set. The specially made 'Final Cut' takes elements from all the versions, restored the film for for High Definition, and also fairly subtly uses CGI to update the unavoidable special effects and continuity errors, like a stuntwoman's face being clearly visible, and the cables supporting the full-size on-set flying police cars. It was interesting to see all these faults again by watching the original. I spotted some of these problems at the time, but they didn't spoil the film.

I'll continue to watch the different cuts, but the original is still the best. 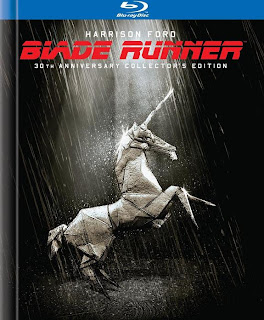 The 30th Anniversary Collector's Edition is almost upon us, but I can't detect any video content additional to what was in the 25th Anniversary collector's set, but it does include a tempting new heavily-illustrated book .