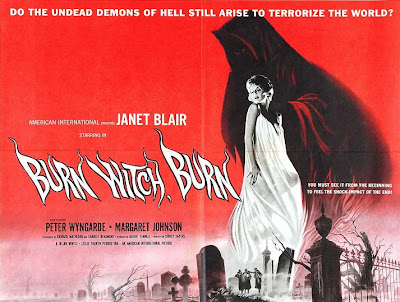 A psychology professor (Peter Wyngarde) is sceptical that superstition has any place in a scientific world. He's unaware that his wife (Janet Blair) has been impressed by the power of voodoo witch doctors on a recent vacation. When in-fighting at the university gets nasty, she suspects that black magic is being used to foil her husband's chance of attaining a prestigious place in the senior faculty. 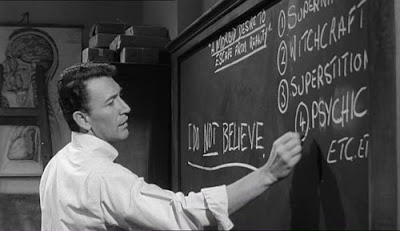 This is a taut, suspenseful, modern gothic whodunit, with the professor clinging onto logic despite an onslaught of coincidence. The testing of his disbelief in the occult parallels Dana Andrews' plight in Night of the Demon, for which this is an excellent companion, both British black-and-white productions. 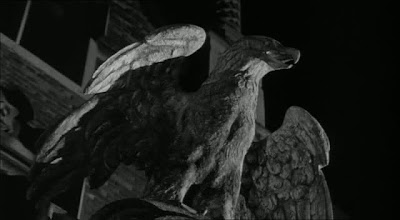 This is probably less well known because it's caught between too many aliases. In the UK it's called Night of the Eagle, in the US Burn Witch, Burn! Both movie titles are appropriate, though one undersells it and the other oversells it. The short story on which it's based, 'Conjure Wife', was previously filmed as Weird Woman. Same story, four different names. 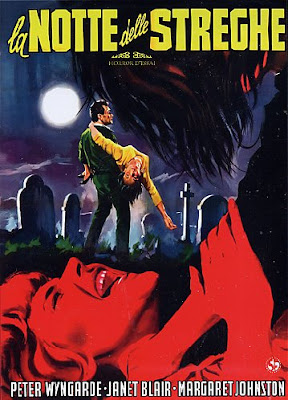 Like the best black magic horror movies, the story treads the edge of believability. There are those who certainly believe, and it nags that they might actually be able to nudge events for their own ends. The atmosphere of working and socialising with the same crowd means that after hours get-togethers are already unhealthy, prone to work-related back-biting and manoeuvring. 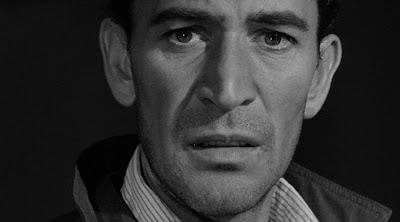 The supernatural elements are effectively sold by the careful cinematography and deadly serious performances. It's a shame that Peter Wyngarde didn't star in more films. His brusque angular features reminded me of James Bond's early appearance in newspaper comic strips. It's also a change from his usual villainous casting (as a ghost in The Innocents and the whiphand sadist in the infamous episode of The Avengers, 'The Hellfire Club'). He's better known for being an early Austin Powers fop on TV, Jason King, and wider still as the voice (and presumably the man behind the mask) of Klytus in Flash Gordon (1980). 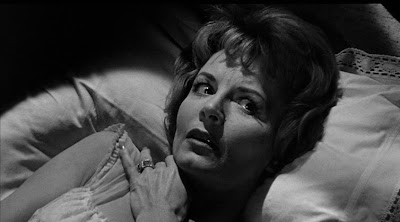 His wife is played by Janet Blair, another terrific performance, though I'd only ever seen her in the 'Tourist Attraction' episode of The Outer Limits. Fans of Black Narcissus may spot Kathleen Byron amongst the faculty, but only in a small role. Margaret Johnston is another reason to watch. Again I'm mystified why her best work was on stage after seeing her work here. 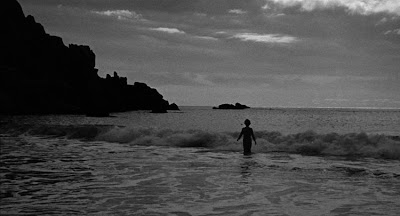 Director Sidney Hayers previously made the delirious Circus of Horrors (1960), but the heavyweight horror credentials are the screenwriters Richard Matheson and Charles Beaumont. Matheson was already the main reason for seeing a film whether he'd written the source story or the script. He later adapted The Devil Rides Out for Hammer, convincing us again that black magic was at work. Beaumont was one of the leading story writers behind The Twilight Zone. 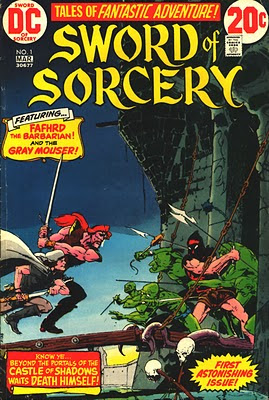 The author of 'Conjure Wife' was Fritz Leiber, whose fantasy and horror work is under-exploited onscreen. I've always wanted to see his sword and sorcery duo of viking and thief, Fahfrd and Grey Mouser visualised (as they have been in many comic adaptions). Theirs are my favourite stories of the genre, so evocatively written.

He even acted in a couple of movies taking the lead of his father, also called Fritz Leiber, who appeared in many Hollywood historical epics, like The Hunchback of Notre Dame (1939) and The Phantom of the Opera (1941). This is a little confusing as his father is billed as Fritz Leiber, so the author's movie credits are as Fritz Leiber Jr. 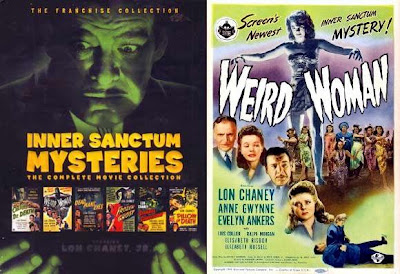 Another possible double-bill with Night of the Eagle could be Weird Woman (1944) from the Inner Sanctum Mystery series. This earlier adaption of 'Conjure Wife' stars Lon Chaney Jr in a more melodramatic, stagebound adaption. Another big plus in the cast is Elizabeth Russell, the fatal woman from so many Val Lewton thrillers. With a very different approach, it still packs some surprises, including cursed telephone calls that prefigure Ring (1999). This is available in the Inner Sanctum Mysteries DVD boxset in the US. 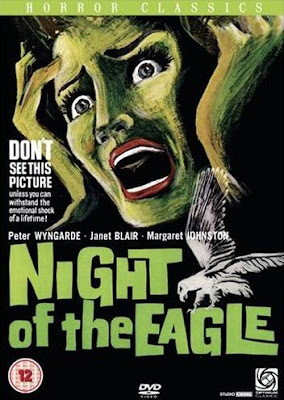 Night of the Eagle has been remastered so that it looks sharp and clean of dirt and scratches for this UK DVD from Optimum, but cropped to 16:9 widescreen anamorphic proves to me that the composition looks too cramped like this, and was originally intended for 1.66 presentation. 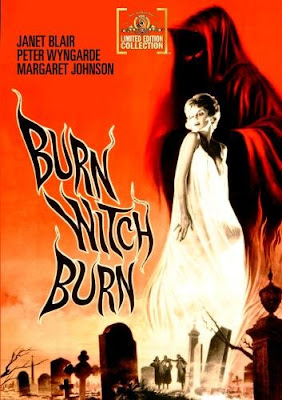 It's also available in the US as Burn, Witch, Burn on an MGM Limited Edition Collection made-on-demand DVD-R.