Farewell, Michael Sarrazin - much more than a pretty face 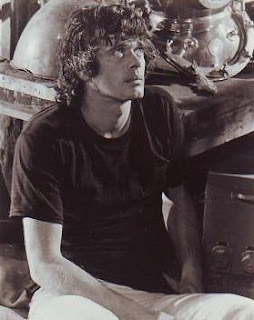 I was very sad to hear yesterday that actor Michael Sarrazin passed away, aged 70, after a brief illness. He had a face you don't forget easily. But his good looks and huge eyes were backed by talent. His versatility as an actor meant he could carry all types of movies - romantic, horror, comedy... 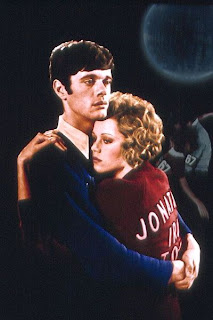 After memorable roles such as The Flim-Flam Man, Eye Of The Cat, the young actor ended the 1960s starring in the superb Oscar-winning They Shoot Horses, Don't They? This is his most-acclaimed film. But while he's top-billed opposite Jane Fonda, the story is an ensemble piece with a strong cast playing the many hopeful marathon dancers trying to keep standing long enough to win the prize money. A cruel way to earn a crust in depression-era America, the movie was actually shot in a ballroom where these actual spectacles took place. I was shocked to learn that Dracula-director Tod Browning used to live in Venice Beach and came to watch some of them on the pier. He wanted to film the story when it was published in 1935. 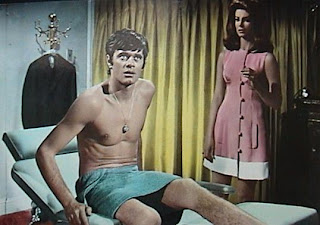 They Shoot Horses, Don't They? is the best way to remember Sarrazin, but I've always been intrigued by his sci-fi/horror films, a steady vein throughout his career. I've already mentioned Eye Of The Cat - a superb horror/thriller scripted by Joseph Stefano (Psycho) where he plays a character paralysed  by a fear of cats. His performance made me wary of them for years! He also displays a mischievous and wicked sense of humour, as well as effortless sexuality in clinches with Gayle Hunnicutt. Interesting that the brief LA Times obituary mentions that he narrowly lost out on the role of Joe Buck in Midnight Cowboy, which would surely have propelled him into bigger projects. 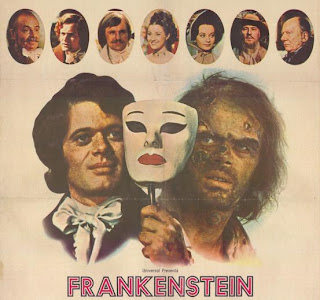 His good looks also extended to regularly being half-naked in many roles, at a time when leading men didn't always look good with their shirts off (sorry, Mr Heston). He was ideal for the doctor's beautiful creation in Frankenstein: The True Story. It was also rare to see the creature look like a perfect human specimen (as in the book) rather than a monster. This was before The Rocky Horror Picture Show. The two-part TV movie caused quite a stir at the time, though I don't think it's aged well, just like this Frankenstein's pet project. This tribute from the Frankensteinia blog likes it a whole lot more. 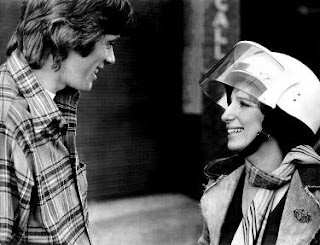 Horses set Sarrazin up for continual but not stellar success through the 1970s. From light comedy, opposite Barbra Streisand in For Pete's Sake (an attempt to recreate the success of What's Up, Doc?), to weird thriller The Groundstar Conspiracy. 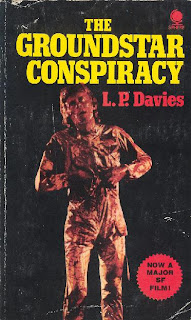 Sarrazin's character is an enigma, almost blown to smithereens in the opening scene. Like Who? and The Man Who Fell To Earth, the story is about proving whether he's a lab assistant, a saboteur or a even an alien... An intriguing curio which I return to because I keep forgetting the solution. There's nothing in it as eye-opening as the premise or the gory paperback cover. 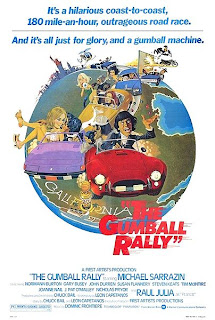 The Gumball Rally was and is one of his most popular films, but again he's getting lost in an ensemble. Following Death Race 2000, there was a road rash of trans-continental race movies, inspired by an actual, illegal event (the only way to win was to break the speed limits). Gumball is far funnier than its 1976 rival Cannonball (also known as Carquake) but was completely overtaken by The Cannonball Run movies (1981, 1984), which needed a truckload of extra star power in order to inject fresh fuel into a treadbare format. A bunch of wacky characters, endless stuntwork, road movies lite. 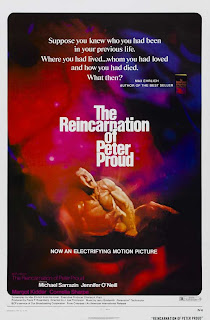 But while Sarrazin gets lost in the mayhem, he was the main event in The Reincarnation Of Peter Proud, which I still really like. While the central mystery can easily be solved by reading the title, it's quite a hypnotic film, helped hugely by Jerry Goldsmith's soundtrack. We sympathise with Peter's plight when he realises that stuff in his dreams actually exists. The plot thickens when he stumbles into a passionate relationship during his quest for the truth. Once again, Sarrazin plays a lost soul searching for his identity.


The eighties saw him depend on TV, including frequent sci-fi roles (The Outer Limits, Deep Space Nine) and it was a long time before I saw him again in anything, in the later Harry Palmer movies Bullet To Beijing and Midnight In Saint Petersburg, opposite Michael Caine. His last movie was a horror, FearDotCom. 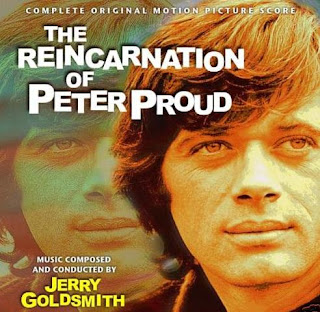 I'm so sorry to hear that he's gone now. And sad that some of his more interesting films are so hard to see - The Groundstar Conspiracy is long out of print on DVD. Eye Of The Cat and The Reincarnation Of Peter Proud have never been on DVD.