Still Not On DVD...
Any horror movie directed by William Castle is worth a look, is only for the outrageous publicity gimmicks that he promised, to get audiences into the theatres. His House on Haunted Hill and 13 Ghosts both warranted recent remakes, his famous gimmicks are still constantly referenced, most extensively in Joe Dante's Matinee (1992). The bizarre claims of the trailers and unique poster campaigns need to be seen beforehand, in order to understand some of the strange events and preoccupations within the stories themselves.

Castle’s movies even riled Hitchcock into making Psycho the shockfest it is - Hitch wanting to outdo Castle at his own game of low-budget horror. Then Castle poached the writer of the original Psycho novel, Robert Bloch, to be his scriptwriter for this creepy tale. The Night Walker was one of Castle’s last gimmicky flix, but still prepares the audience with a bizarre and unsettling prologue about the power of dreams and nightmares. The other lure was to cast Robert Taylor opposite Barbara Stanwyck, onscreen together for the first time since their divorce. Stanwyck plays a woman trapped in a unhappy marriage with a blind scientist, played by Hayden Rorke (the psychiatrist in I Dream of Jeannie). After he disappears in a laboratory explosion, Stanwyck thinks that she can still hear him walking around the house, tapping his white cane. When she actually sees him, disfigured from the accident, no one believes her. She moves out immediately, but continues to have strange nightmares, in which she marries a tall dark stranger in a church full of creepy mannequins. She starts to confuse her dreams with reality, doubting if her husband is really dead... Her confusion actually played tricks on my memory. I saw this as a teenager on TV, and then dreamt about it several times. After a few years, I only remembered the dreams and didn’t realise that my memories were also scenes from the film. It was another ten years before I saw The Night Walker again and discovered where those dreams had started.

Like most of Castle's films, it's carefully shot in black and white - (the lobby cards photos you see here have all been coloured in). While visually and atmospherically very effective, this reminds us that Castle was on a budget and, in some of his films, it also disguised the use of blood, which might have been censored had they been in colour. Another reason for seeing this, is the fantastic soundtrack by Vic Mizzy, who famously wrote The Addams Family theme tune. The central theme to The Night Walker is superbly catchy and harpsichordy, though it also effectively evokes an atmosphere of dreaminess. I was very pleased when the score was finally released on CD. 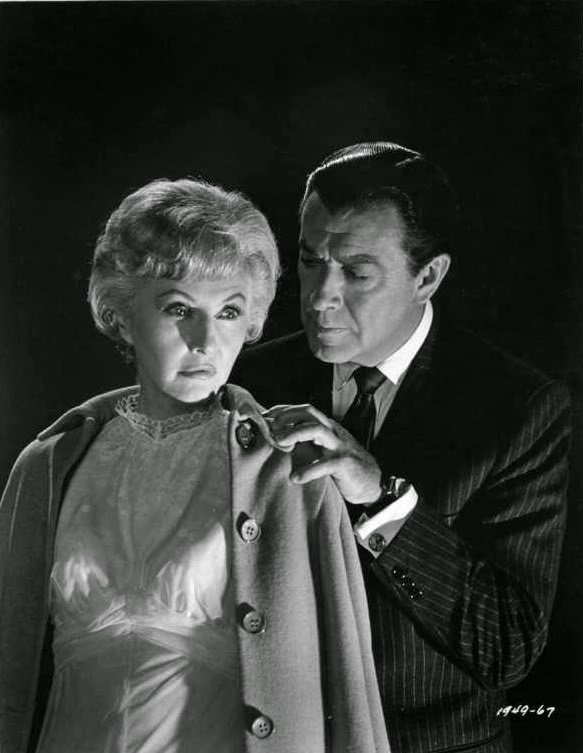 Barbara Stanwyck was initially famous as a bad girl in the 1930s (like in the scandalous pre-code Baby Face) then as a leading lady in film noir (Double Indemnity), westerns and adventure films (Titanic, 1953). Her last blast of stardom was as the matriarch of the Dynasty spin-off TV series The Colbys, opposite the late Charlton Heston. Here she has a chance to practice extreme melodrama, as well as trying to sell as many red herrings as possible. 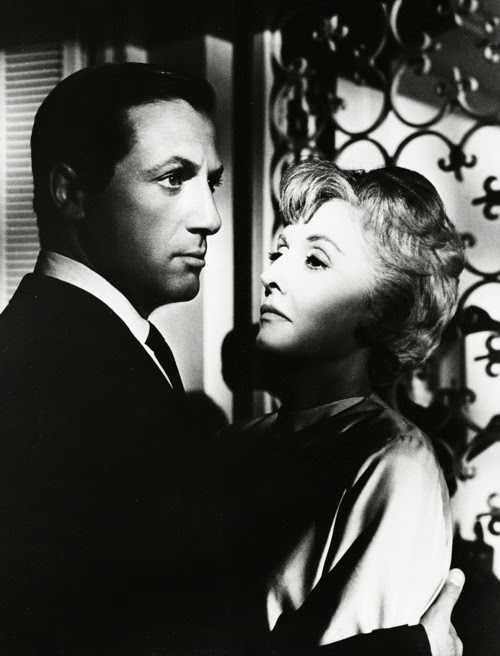 Lloyd Bochner, as her dream lover, was a regular baddie in 1970s TV, making appearances in many classic series from The Twilight Zone to The Man From U.N.C.L.E.. Occasionally he landed a movie like Point Blank or The Dunwich Horror. Later still, he was in The Naked Gun 2½ (shouting out a fantastic in-joke about his Twilight Zone appearance), and using his velvety voice for the character of Mayor Hill in dozens of the 1990s' Batman: The Animated Series.

In 1964, William Castle’s greatest horror film was yet to come. He produced, appeared in, but was talked out of directing Rosemary’s Baby… The Night Walker isn’t on DVD anywhere, one of the films I'd most like to see available again. The NTSC VHS release is worth seeking out - it’s a good transfer and can easily be enjoyed in its 1.33 presentation. But a DVD release is long overdue, especially considering the director's continuing cult appeal.