The last version of The Lost World to reach DVD is also the first version I ever saw. This DVD will be the first opportunity to see it in 2.35 widescreen on home video. The dinosaurs are played by lizards with frills stuck on, Claude Rains plays the shortest ever Professor Challenger, and this is the only version of the classic novel to heavily feature a poodle.

Director Irwin Allen was about to enjoy a successful decade of classic children's TV, starting with Lost In Space and Voyage to the Bottom of the Sea, before having a disastrous decade of movies with The Poseidon Adventure and The Towering Inferno. For all their weaknesses (usually in the acting and realism departments), I can't get enough of his work. 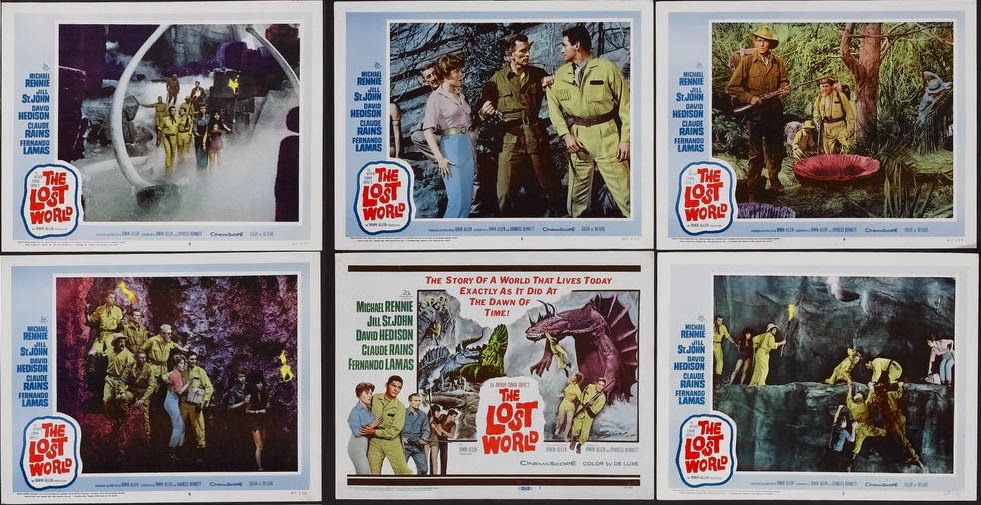 Strangely, an alternate restoration (to any previous release) of the original silent movie version of The Lost World (1925) is also included. This version is definitely worth a look because it's essentially a dry run for the 1933 King Kong - the pioneering special effects were by Ray Harryhausen's mentor, Willis O' Brien, who worked on both films.

More about the many releases of the silent version of The Lost World can be found here...