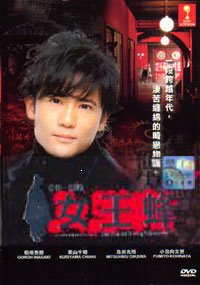 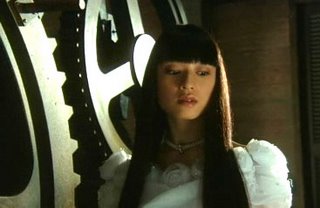 Had to spotlight this release, mainly because of the guest star. This is the first thing that I've seen Chiaki in since The Great Yokai War. It's a feature-length murder mystery made for TV, part of the ongoing series of light-hearted thrillers featuring fictional detective Kindaichi.

Set in post-war Japan, Joubachi features Chiaki as the title character, 'Queen Bee', a privileged young lady who occasionally flips out and brains her suitors with a biwa (a sort of lute). The period setting gives Chiaki a chance to wear an assortment of traditional period costumes, reminiscent of her outfits in the 1999 ghost movie Shikoku.

It's interesting to see what a big-budget Japanese drama looks like, but not nearly as big-budget as US television, so don't expect Lost. This is still a handsomely mounted and acted drama that occasionally tips towards psychological thriller, with Chiaki playing a central role.

Unlike the Japanese DVD, this Malaysian release has english subtitles, but they are really 'cracked' - like a bad automatic translator programme has been used. I suppose the subs give enough clues as to what's going on, but you need to concentrate, laterally. On the plus side this DVD release has the original Japanese audio and it's widescreen - shot for High Definition TV. 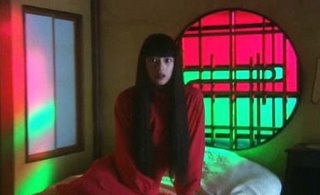 I got my copy from ZoomDvd.com, here's a link. Be careful which title you get though. All the releases in this series have the same photograph of Kindaichi on the cover (see top photo) and they don't mention which story it is in the text. So look at the details of the actors to work out which story is on the DVD.

If you want to know more about further murder cases of this fictional Japanese detective, I tried to list the various Kindaichi movie series in a recent entry, here. 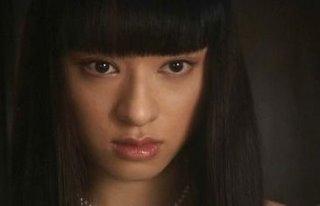