Bela Lugosi was here - a look round his old mansion! 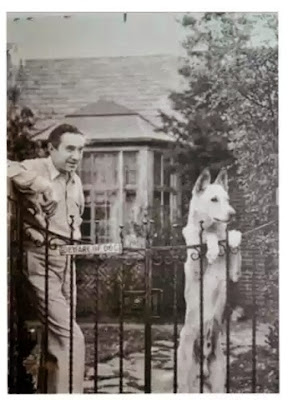 Through a series of unrepeatable, lucky coincidences, I recently found myself standing in Bela Lugosi's bedroom. He may not have lived here for long, but just walking around one of the houses he owned felt very special. The rooms he once walked in, the views that he once enjoyed...

Bela and his wife regularly moved homes when he was at the height of his career. It's estimated that he lived here for less than two years, in 1934 and 1935, in the Hollywood Hills' Beachwood Canyon in a mansion known as Castle La Paloma. 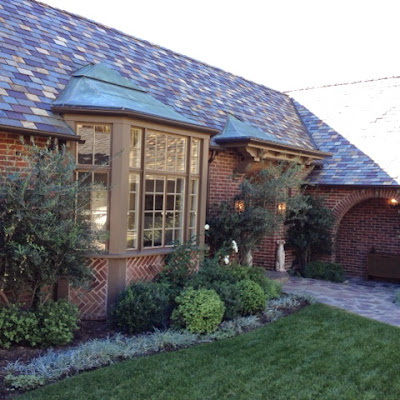 Because the house was up for sale, we were able to briefly look around inside, with the realtor's permission. As this is private property, this certainly isn't open to the public, but sightseers can still see the front of the house from the street.

This isn't the modest, cramped home portrayed in Tim Burton's Ed Wood, when Bela was at the end of his career. This is where he lived twenty years earlier, while making Mark of the Vampire. 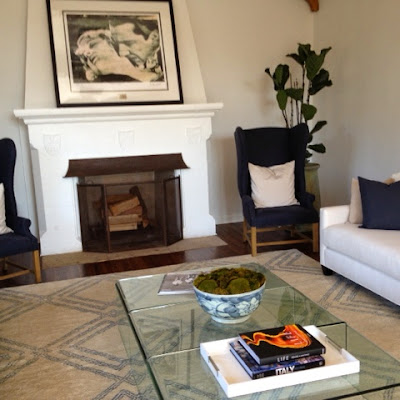 The house perches on a very steep drop, allowing views from the back of the house, and gardens, to overlook a significant chunk of the City of Los Angeles, as well as across at many other lofty residences around the rest of the canyon. It has quite extensive grounds, carefully planted out, despite some of them being on a 30 degree slope! 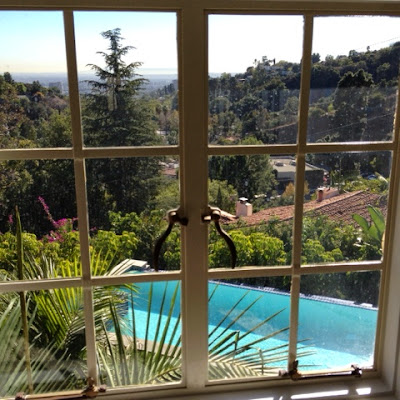 The 1924 house has recently been renovated and restored for the current sale, with this swimming pool added to what was once a large lawn where Lugosi's menagerie of large dogs must've romped. 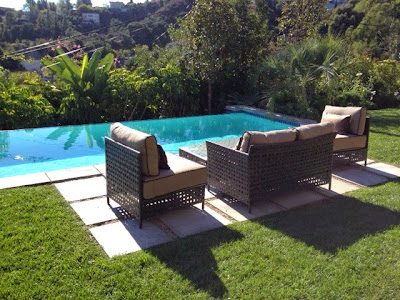 The front of the house looks like a quaint English country bungalow, disguising the fact that the house is actually on two levels, built down the canyon slope at the back.

I wasn't allowed to take photos in the room where Bela most likely used to sleep, which added to its mystique. The fascinating aspect of that room was a hidden, tiny back door that lead outside and subtly out of a corner of the grounds, past a hidden arbour. A remnant of forbidden Hollywood, to include a sneaky secret escape route out of the bedroom and away from the house! 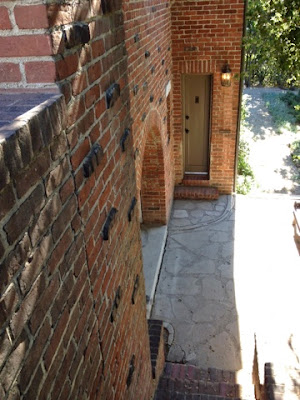 It was a pleasure to witness some vintage Hollywood history, and a privilege to look inside one of the luxury homes I normally only marvel at from the outside. The views are spectacular, and the chance to live in a genuinely old property relatively rare. I wonder who's going to end up buying it? 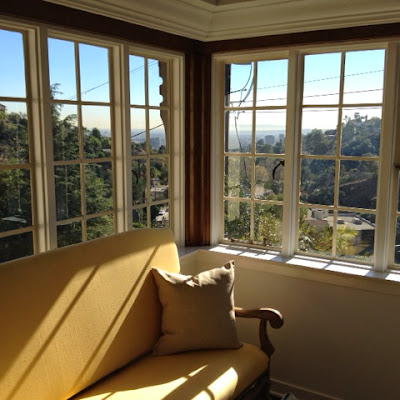 More photos of this Lugosi residence on Curbed L.A. 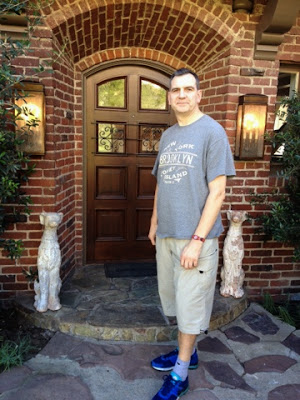 Me, not believing my luck