My local cinemas of the 1970s - Ewell and Esher


(Once again, I'm in debt to Dusashenka on Flickr, for permission to use his old photos of these cinemas, inside and out. Please do not re-use any of them without seeking his permission first. He's contactable via his Flickr account.)

This article follows on from My Local Cinemas of the 1970s in Kingston.

In the 1970s, while Kingston's cinemas were conveniently on a direct bus route from my home, and just round the corner from school, other cinemas in the area would often run different movies, or with different supporting films. Also, if I'd missed any, a movie might still be playing in another town the following week. So I'd cycle up some horrendously busy 'A' roads to get to these two... 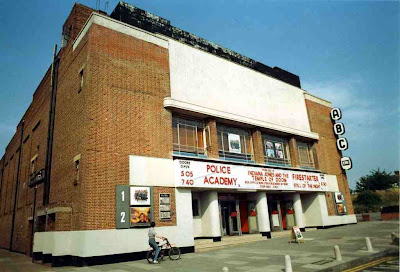 This was slightly smaller than the Kingston Granada and had been subdivided into only two screens. Again it retained its original main screen, now viewed only from the circle, as ABC 1. Under the circle, the stalls were walled off to become a sideways, shoebox-shaped, smaller screen, ABC 2.

Sited just next to where the Kingston Road dips under a railway bridge and becomes the Ewell Bypass. This had a huge car park round the back, but not many things to chain a bicycle to!

My most vivid memories of this cinema were the all-nighters I went to in 1979, my first experience of overnight movie programmes. While Clint Eastwood's spaghetti westerns were already playing on the BBC, they'd be panned and scanned and were obviously censored for violence. I was disappointed that the UK release prints that were shown were still censored, but it was a first chance to see them widescreen. They showed A Fistful of Dollars, For A Few Dollars More, The Good The Bad and The Ugly and, slightly out of step, Hang 'Em High, which looked like a TV movie in comparison. Quite a marathon.

Another all-nighter was all horror, but I can only remember two of the films on the programme - The Devil Rides Out and To The Devil A Daughter. It started at about 11pm, after the last Saturday night screening had cleared out, and the survivors emerged into daylight on Sunday morning.


I also remember seeing Meteor (1979) in ABC 2. The performance was packed out, which meant the publicity had worked, but the audience were disappointed with this overlong disaster movie.

In 1988, when I read that the cinema was being demolished, I drove over the first chance I had and begged for one last look inside, and to possibly grab a memento. But it was already in the hands of the demolition crew and I wasn't allowed in. The next time I saw it, it was a housing estate. Respectfully, the road is named after the original cinema, The Rembrandt.

Here's Derek Phillips' webpage dedicated to the history of The Rembrandt Cinema which became the ABC Ewell.

More information on the ABC Ewell in Cinema Treasures. 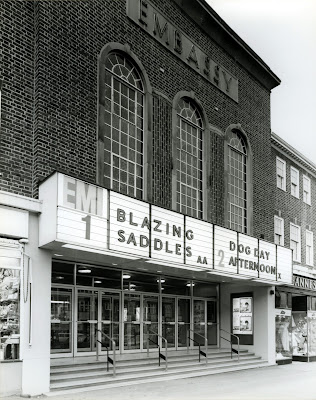 Like the Ewell ABC, the Embassy Esher had also been divided into two cinemas. I remember the seats as being especially comfortable for the time.

Besides running all the latest blockbusters - this is where I first saw Raiders of the Lost Ark - they occasionally re-ran much older films as matinees. I made the trip to see Yellow Submarine here, one sunny August afternoon in 1977. 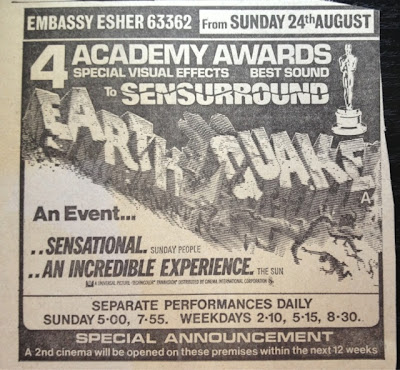 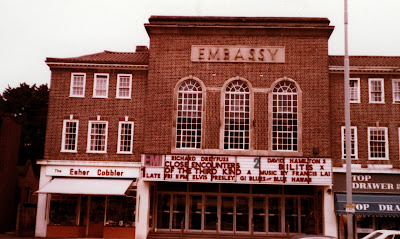 Of all my local cinemas from the 1970s, this is the only one that's still going. It's now an Odeon, but the Embassy brickwork is still clearly visible (below). 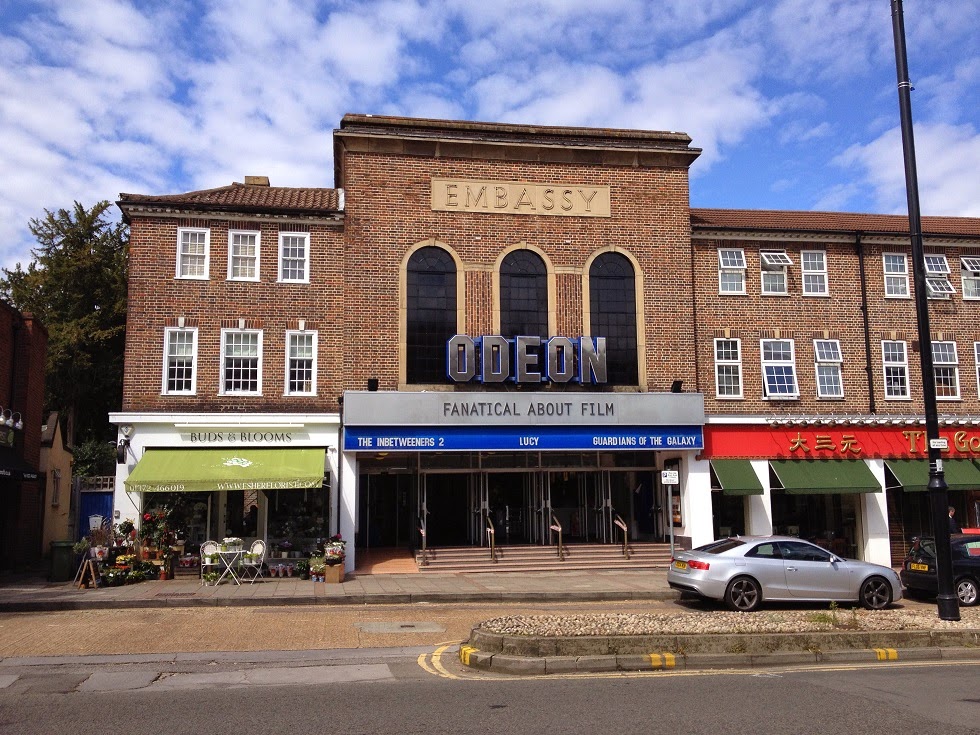 As it looks now, still at 22, Esher High Street 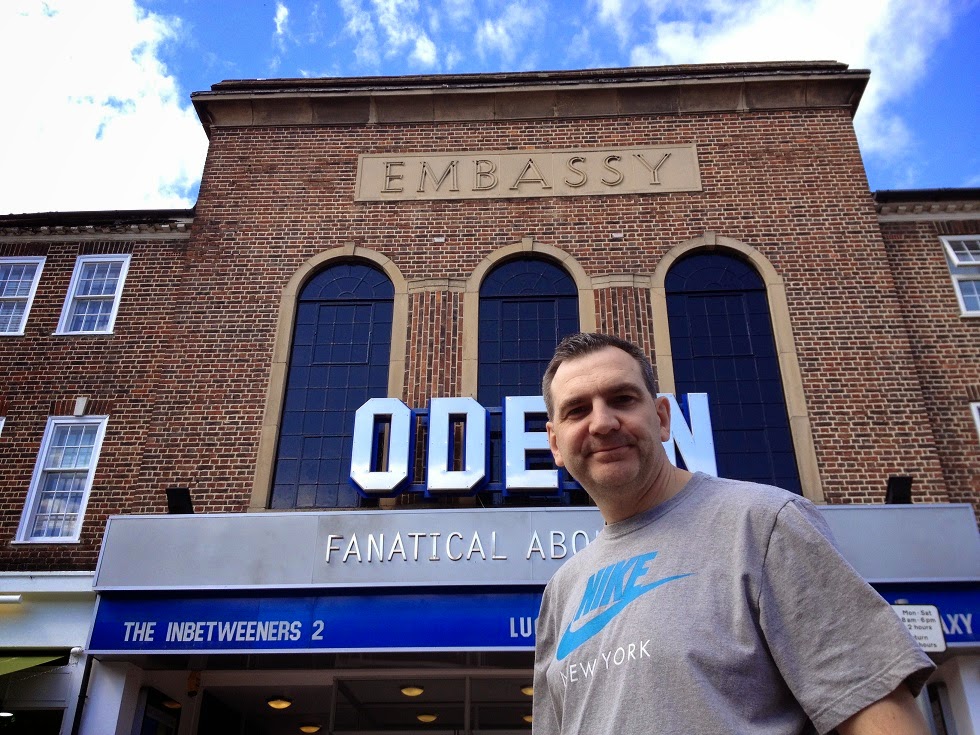 Return to an old haunt!

Here's the Cinema Treasures page for the Odeon Esher, as it's now called.

Find out more about your own favourite cinemas of the past, on the Cinema Treasures website.