I survived the ALIEN WAR 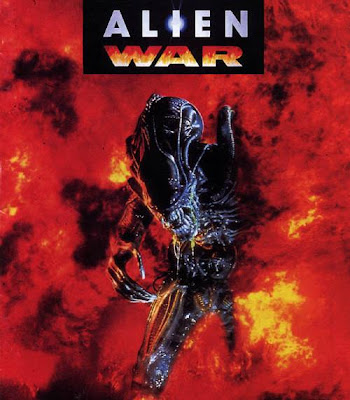 ALIEN WAR
London Trocadero (1993-1996)
Fancy being chased through space corridors by a xenomorph?

Ridley Scott's phenomenal Prometheus has stirred up a host of Alien memories. Among these, a scary morning I had at the Alien War experience. This was a permanent attraction that sat in a huge chunk of the basement of London's Trocadero, Piccadilly Circus, in the mid 1990s. 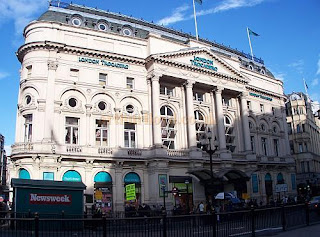 I don't remember waiting long to get in and we might have booked tickets in advance. If we'd spent a little longer in the queue, we would have spoilt one of the surprises in store for us. Checking in our bags, we entered a holding area where we were shouted at by a Colonial Marine who made it quite clear that we should jump when he said jump. In a short time, we were scared grunts who'd do whatever the space army told us to!

The idea was that we were being evacuated from a collapsing complex. I don't remember too much of the next twenty minutes, but some of it was running through dark corridors, lit by flashing red lights with soldiers ahead of us and corralling us at the rear. We started seeing signs of the alien life cycle, like unhatched eggs and scuttling facehuggers. Finally fully grown xenomorphs started appearing where we weren't expecting them. 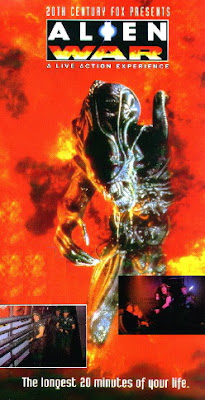 At one point we escaped into a lift but the door was closing too slowly. A xenomorph pounced into the lift and grabbed one of the civilians! Of course, we didn't know that is was a 'plant'. We though we were next! Of course the lift then malfunctioned and above we could see full sized alien climbing down the lift shaft towards us. Time to get the hell out of there. While all of this is familiar to the American experience of Halloween haunted house 'mazes', this type of  attraction was practically unknown in Britain.

With soldiers shouting at us keep moving, we run through an escape hatch that led straight outside and in front of the waiting queue! We had to rapidly regain our composure and reset our realities. Very sneaky. The idea was also to propel us into the gift shop opposite. But all I remember getting was a survivor badge. 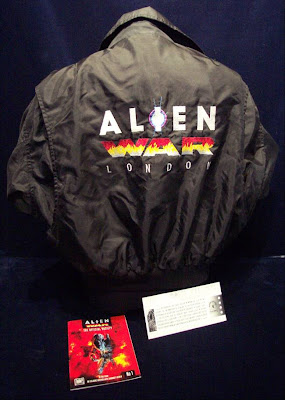 Expensive fun, but fun all the same and a potential way to inspire fanboys and girls to take a little aerobic exercise. Chase them with aliens!

The Alien War attraction existed before and afterwards in Glasgow, and other British cities. The London version was only in place between 1993 and 1996, until a flood at the Trocadero wrecked the sets, prematurely ending its run. I only went once, but I'll never forget it.

Here's an interview with Sigourney Weaver about her officially opening the London attraction in 1993. Boosted by the recent release of Alien 3, other cast members also turned up at the launch.

There are also photos of the attraction here, with some more background...

Beware the videos on YouTube. Overly lit by TV crews, they fail to capture the atmosphere of running for your life in the dark!