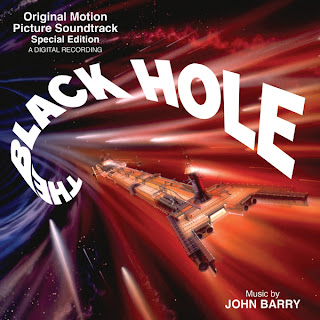 Intrada are about to release a special edition of the late John Barry's soundtrack to the outer space adventure The Black Hole (1979). Remastered from the original master tapes, this also promises to be the entire score, adding an extra twenty minutes of unreleased music. This is also the score's official debut on CD, see Soundtrack Collector for details. 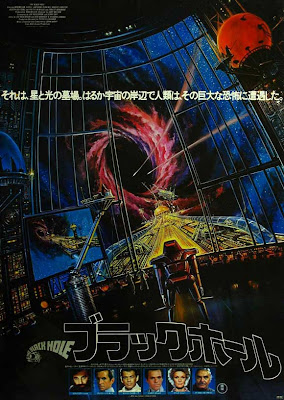 I only wrote about John Barry's music for outer space a few weeks ago, a recurring and favourite theme of mine in all his work. The score for The Black Hole is some of John Barry's best work, regardless of what you think of the movie. Personally, the music has helped transport me into the dark, futuristic adventure. It's fun to see Disney taking some risks, killing off characters (that aren't parents) and even getting metaphysical...

My full review of The Black Hole is here.


Hopefully someone will remaster the movie soon. It looks very poor on "Disney DVD"...
(The above Japanese poster was teleported from the supreme sci-fi nostalgists' blog... Space: 1970.)