Another year over and what have you done? 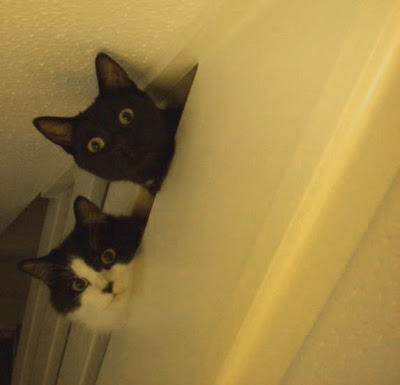 After posting twice-weekly throughout 2009, this year was total upheaval as we moved out of the house for six months of building work. I kept up with weekly posts but am still struggling to improve on that frequency while my reference collection is still in disarray. I used to cope with two movie reviews a week, but I've been getting (over)ambitious in the scope of each post.

It was fun to talk about my earliest horror film books and magazines. I'm planning several more time capsules of 1970s' movie memorabilia and cinema-going...

I also wrote more cross-comparisons of films based on the same source material, like Dante's Inferno, and the Jonestown mass suicide. But those articles took weeks to prepare. Simple reviews turning into three-in-one epics. The idea is always to try and not repeat what's already out there. Why post reviews of Avatar or Inception and compete with a thousand other writers?

Perversely, I've enjoyed writing about movies that aren't currently available, to raise awareness (and demand) for older films that haven't made the 'leap' to DVD yet. It feels wrong to recommend films that you can't easily see, but at the same time it's about putting out information that's missing from the net, and showing love for the films being left behind. Thankfully this year there's been a fairly steady stream of DVD releases to tick off my 'most wanted' list, most notably The Green Slime!

Twittering has been fun, but I'm not sure that it has fed many readers back into this blog. I've also found it impossible to get reliable recommendations about films from the other Twitterers! There's a lot of excitement and promotion involved, and it's much harder to 'read' where people are coming from. I find it a useful way to get news out quickly, and for posting mini-reviews of stuff that I'm not going to blog about.

Stepping back to look at the site as a whole, I'm planning to restructure it (slightly) to make the archives more navigable. Instead of displaying a list of every film review in the sidebar, I want to turn each category into a more helpful page of recommendations. The idea being that the site is somewhere to come for ideas about what to watch in your favourite genre.

In any case, thank you for reading. I've still got a thousand things I want to write about. 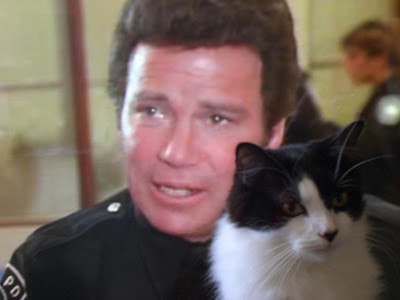 The cat sat in front of the Shat