Some suggestions from the forthcoming London Film Festival (14th to 29th October) and the BFI South Bank programme for November... 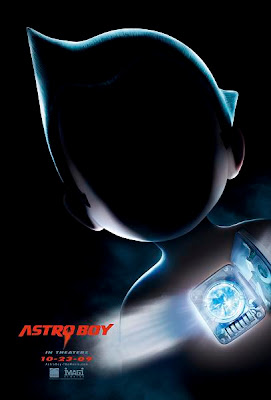 The 2009 London Film Festival includes some rare chances to see international cinema on the big screen and previews of forthcoming hits.

The new big budget CGI Astro Boy (Oct 17). This international production is looking good from the trailers I've seen. The characters don't look much like the manga or anime, but this movie could revive the character outside Japan for the first time since Astro's success on US TV in the sixties. The character has been regularly updated as an anime in Japan (most recently in 2003).

The new 3-D edition of the Pixar classic Toy Story 2 (Oct 25) is a ten year anniversary revival, this time re-rendered for 3-D presentation. It should later appear in local cinemas on a double-bill with Toy Story, also in 3D.

A new British documentary American: The Bill Hicks Story (Oct 23/26). I never tire of the comedy of the late Bill Hicks and miss his acidic attacks more than ever.

The City of Life and Death (Oct 28) - the latest dramatisation of the Nanking massacre - the worst atrocity during the 1937 Japanese invasion of China. This is a Hong Kong/Chinese co-production, focusing on three characters' stories within the six week 'Rape of Nanking'. 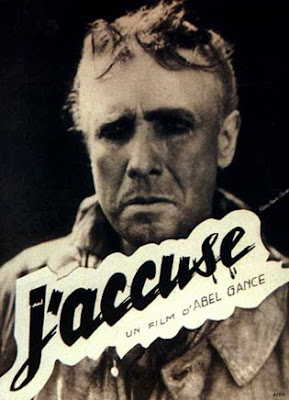 From the BFI archives there's a screening of J'Accuse (Oct 24). This is a full-length print of the silent 1919 version. A plea for peace from director Abel Gance, who remade the film under the same name just before World War 2. A soldier who narrowly avoids death in the trenches, pleas with politicians not to go to war again. As a last resort, he summons up the war dead, and they rise from their graves to march in protest and warn the living.
A restored print of Topper (Oct 15) is the 1937 Cary Grant comedy about two ghosts pestering a timid salaryman (Roland Young). It spawned two movie sequels and a TV series. 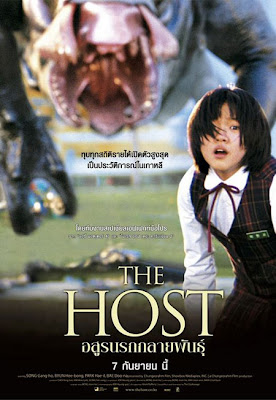 After the festival, the BFI Southbank continues with its November programme.

There's all the films of South Korean director Bong Joon-Ho. From his early short films to his latest release. There's a rare screening of his first feature Barking Dogs Never Bite (2000), the marvelous mystery Memories of Murder (2003), and of course the movie that made him internationally famous The Host (2006). He contributed one third of the segments of Tokyo (2008) and there's a preview of his new film Mother (2009). Hopefully it won't be long before we get to see The Host 2...

There's also a Michael Haneke season, including both versions of his brutal Funny Games, which I reviewed here.