RESISTANCE - FALL OF MAN on Playstation 3 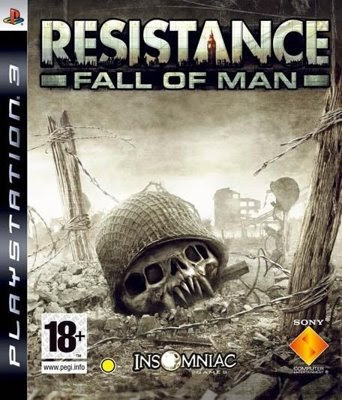 Not enough hours in the day...

The main reason I've been watching fewer movies over the past year, is this Playstation 3 game, Resistance: Fall of Man. 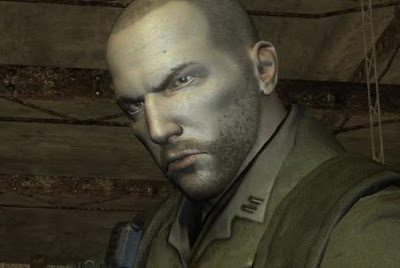 You play as this character, British soldier Nathan Hale, and run around in the rubble of 1950s Britain frantically trying not to get killed in an alien invasion.

I wasn't initially interested in the PS3 - just another video game machine, I thought. But after seeing the quality of the latest leap in high-res graphics and processing power, I got hooked... again. The immersion factor, coupled with the huge detailed landscapes, an intricate scenario, a mixture of destruction and tactical problems, hours of exploring, plus a high repeat factor... have kept me returning to the game too. 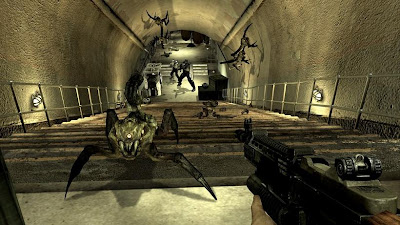 Running around Manchester Cathedral backwards fending off dozens of huge scuttling spider-crab monsters was just one of many challenges. Bringing down huge Sentinel crab robots, fending off zombies, ducking energy-weapons that penetrate walls... and just when you think you're winning, fresh platoons of nasties arrive from the skies in dropships.

It has soaked up a substantial amount of late night spare time. I'm fairly addictive when it comes to video games, and since 1978 when I started bringing down Space Invaders and blowing up Asteroids, every few years I've been drawn into a new generation of video games. The latest lot can deliver heart-pounding excitement and sudden scares that give any action movie on Earth some severe competition. 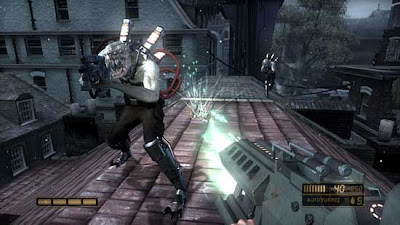 Admittedly not many of the PS3 games have attracted me. I've tried out a lot of demos and not found many others that enticed me - only Ratchet and Clank: Tools of Destruction and Bioshock so far. I'm hard to please - I don't want to shoot humans (Resistance has really ugly, vicious aliens called Chimera), I don't want to spend a whole game destroying stuff (I like exploring and problem-solving too), I like to see places and characters I haven't seen before (it's set in Britain, but many places have had gigantic otherworldly makeovers), I like variety (loads of different levels) and I like a challenge (four levels of difficulty).

So, only a few games, but that's all that's needed - they can be so vast and repeatable. Two games have kept me going all year. I've just completed Resistance at the hardest level, though I've not yet explored the many online multiplayer areas, also accessible with the game by going online. And the sequel, Resistance 2, has just hit the stores. An item that could single-handedly obliterate my spare waking hours throughout 2009... 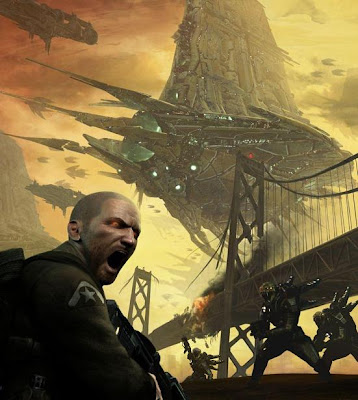 Email ThisBlogThis!Share to TwitterShare to FacebookShare to Pinterest
Labels: robots